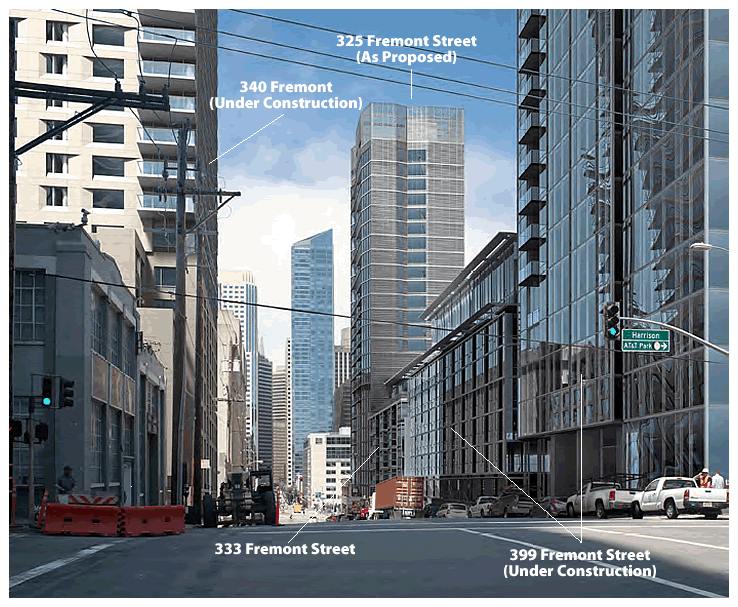 Plans to build a 200-foot, twenty-one story building with 51 dwelling units at 325 Fremont were first approved over a decade ago, plans which were revised in 2004 to yield 70 units but which never broke ground.

San Francisco’s Planning Commission is slated to approve Crescent’s plan to construct a 250-foot tower with 118 units and an underground garage for 41 cars and 106 bikes on the Rincon Hill site in two weeks*,  a site which has already been cleared for construction.

*UPDATE: While originally published with a meeting date of June 26, San Francisco’s Planning Department has changed the notice to reflect their public hearing for the project on July 10.

Seven Stories And Seventy-Two New Condos In The Mission