Supervisor Jane Kim is moving forward with a ballot measure which would require developers to obtain special authorization from the Planning Commission in order to build any market rate housing in San Francisco if a project would cause the percentage of Below Market Rate housing built in the city since 2006 to drop below 30 percent of the housing constructed, a proposed “Housing Balance” requirement.

The Mayor’s measure would prohibit the adoption of any new land use requirements or necessary authorizations for developments within areas of the city for which land-use plans have already been drawn.  In addition to the areas mapped below, areas with land-use plans already in place include San Francisco’s Transbay District and Mission Bay. 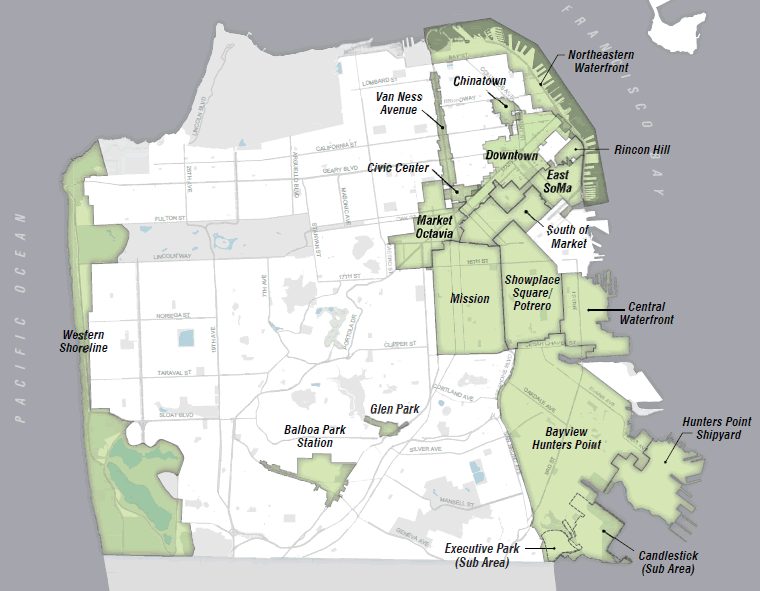 The Build Housing Now measure would also reaffirm the Mayor’s 30,000 by 2020 initiative (which includes a soft target of 50 percent Below Market Rate housing) and direct the Planning Department to analyze “the impact of luxury development on the demand for middle-income housing in the City” and explore fees that could help mitigate said impact.

And to answer a reader’s question, there are currently ten (10) local measures slated for the November ballot.