New Home for Noriega Produce and Condos Closer to Reality 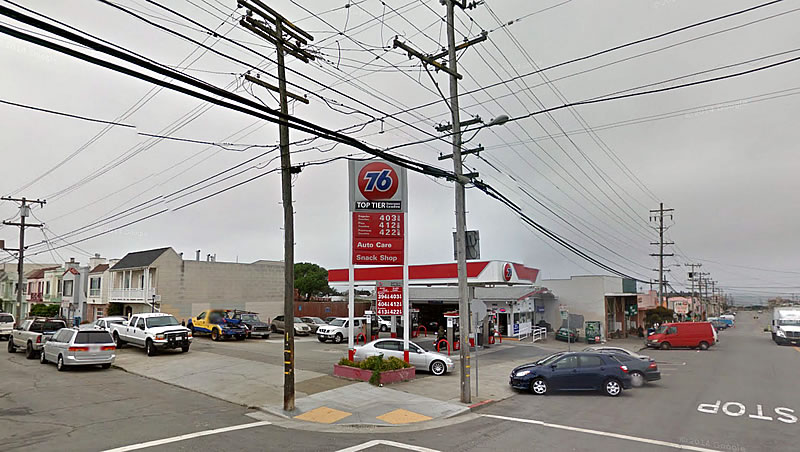 As we first reported early last year, plans to raze Pete’s Union 76 Service station on the southwest corner of Noriega and 44th Avenue and build a four-story building with 14 condos over 14 residential parking spaces and a 9,600-square-foot grocery store on the Outer Sunset site were in the works.

The proposed unit count for the project has since been reduced to 12 (the extra two would have required invoking the State’s Density Bonus law) and the underground garage is now two levels with a total of 42 spaces, 25 of which are to be dedicated to the all-new home for Noriega Produce which currently operates down the block and purchased the gas station site.

While the public hearing for the 3701 Noriega Street project is currently scheduled for April 21, it’s likely to be pushed back to the 28th. And in terms of timing should the project be approved, there seems to be some debate as to the terms of the lease for Pete’s (or rather Tran’s) which wasn’t planning to shutter, but we’ll keep you posted and plugged-in.