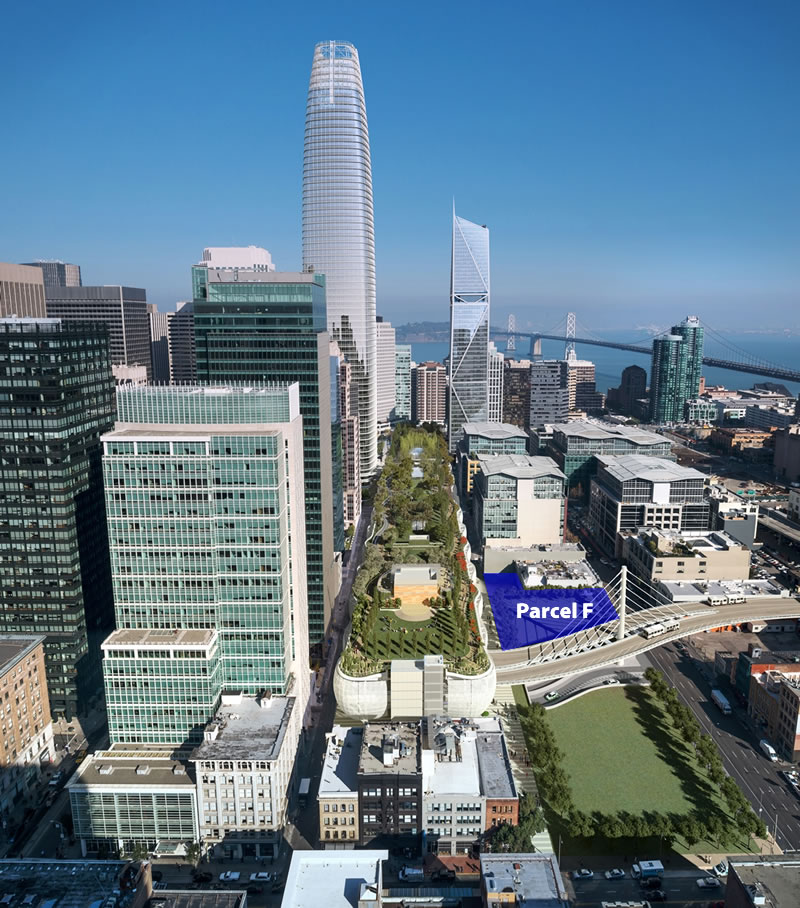 Crescent Heights, the housing developer behind NEMA and Jasper, has been awarded the development rights for Transbay Parcel F and will pay “at least $165 million” for the site at 546 Howard Street which is zoned for building up to 750-feet in height.

The Transbay Joint Powers Authority had intended to auction Parcel F in September and had set a minimum bid of $160 million for the site, but the auction was cancelled at the eleventh hour when it became clear that the interested parties desired entitlement assurances before submitting binding offers, an assurance which the TJPA could not provide.

Keep in mind that according to the City’s Transbay District Redevelopment Plan, at least two-thirds of any building on Parcel F, which has the potential to support up to 750,000 square feet of space and will connect to the 5.4 acre rooftop park atop San Francisco’s new Transbay Transit Center by way of a pedestrian bridge, is required to be commercial, not housing, a designation that Crescent Heights intendeds – but isn’t guaranteed – to have changed.

As part of their winning offer, Crescent Heights agreed to designate 35 percent of the development as Below Market Rate. Which, if we’re not mistaken, is the minimum per the Transbay District Plan.

Over Asking but Under 2014 for a Classic Pacific Heights Home