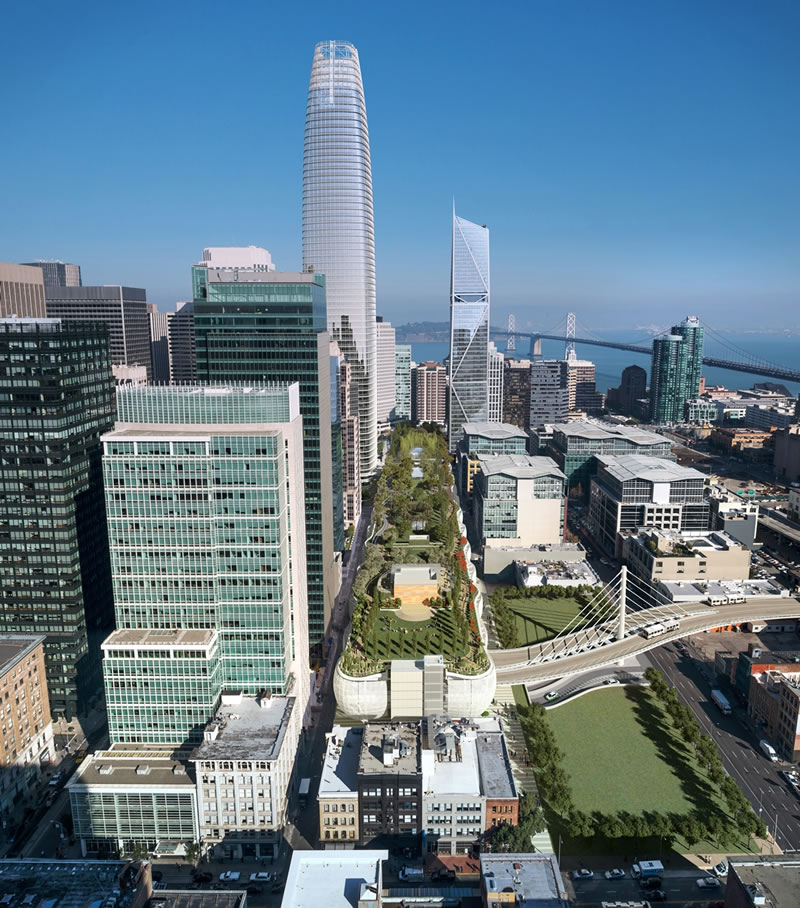 Overruns have added $300 million to the cost of constructing San Francisco’s $1.9 billion Transbay Transit Center, and unless the City can raise $24 million in private donations and grants, the project will open without its signature rooftop park as budgeted dollars are diverted to complete the terminal.

According to J.K. Dineen and Transbay Joint Powers Authority (TJPA) spokesman Adam Alberti, “the park would be built eventually, but that it will be “phased” and not necessarily ready when the transit center opens in late 2017.”

When the projected cost for the first phase of San Francisco’s Transbay Transit Center rose from $1.6 billion to $1.9 billion last year, the Transbay Joint Powers Authority diverted a portion of the funds which had been dedicated to the second phase of the project (the extension of track for Caltrain and High Speed Rail from Fourth and King to the Transbay Center at First and Mission) and changed the skin of the terminal from glass to perforated aluminum.

When the projected costs for the terminal increased by another $150 million, the TJPA stripped $53 million in “cosmetics” from the building to help keep a lid on the overall $1.9 billion budget and announced that private donors and sponsors would be sought to help pay for a number of rooftop park features.  Apparently one of those features is now the park itself.