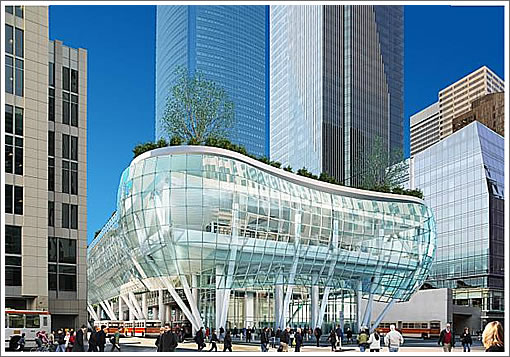 The revised and refined plans and designs for San Francisco’s new Transbay Transit Center will officially be unveiled today. From John King at the Chronicle:

It’s a mark of today’s slow economy that the elaborate project remains on the budget set in 2007, when the Transbay authority held a competition to select a design team for the new terminal and a developer for the adjacent parcel at First and Mission streets, a site seen as the future home of San Francisco’s tallest building.

Not only that, the $1.189 billion budget now includes the rooftop park, which in 2007 was to be financed separately. 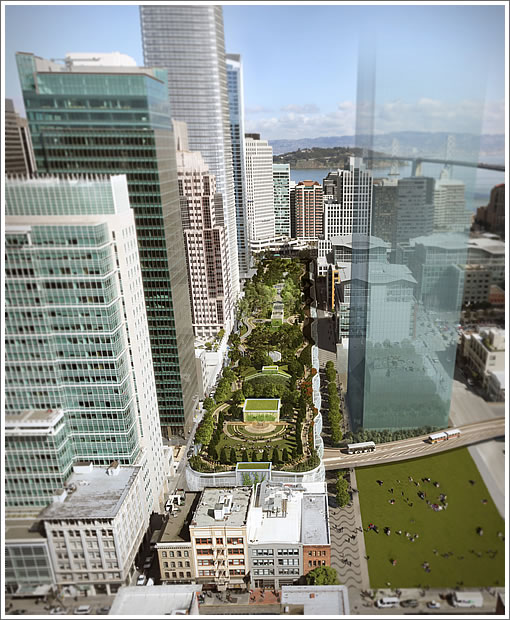 The final park design by PWP Landscape Architecture isn’t as elaborate as the original rooftop concept: The waterway along one edge is gone, as is a thin southern extension that would have covered the ramp that will be used by buses to and from the Bay Bridge.

But the park space remains expansive, 1,400 feet long and 170 feet wide. A grassy bowl at one end could seat 1,000 people. The design also includes a picnic meadow, a children’s park and a small cafe.

Demolition of the existing terminal is now slated for August or September with an opening of the new terminal by 2017.

The proposed Transbay Tower is the tallest building fully rendered above (and on the left).