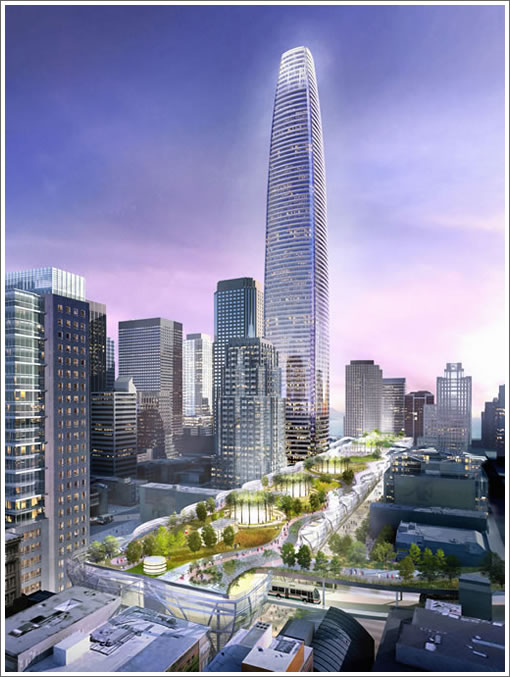 It’s true, the Hines/Pelli Clarke Pelli proposal for “City Park” has won (save an uprising by the Transbay Joint Powers Authority Board, San Francisco’s Board of Supervisors, or the Planning Commission) the design competition for San Francisco’s new Transbay Terminal and Tower.

The winning Transbay terminal proposal by developer Hines and architect Pelli Clarke Pelli offered $350 million for the tower property, more than twice what the other two teams were willing to pay, according to the nine-person jury appointed by the Transbay Joint Powers Authority.

The astounding offer blew away the team ranked second in the competition, Richard Rogers Partnership and Forest City Enterprises, which offered $145 million for the tower land. The third-place team, Skidmore, Owings & Merrill and Rockefeller Group Development Corp., made a purchase price offer of $118 million.