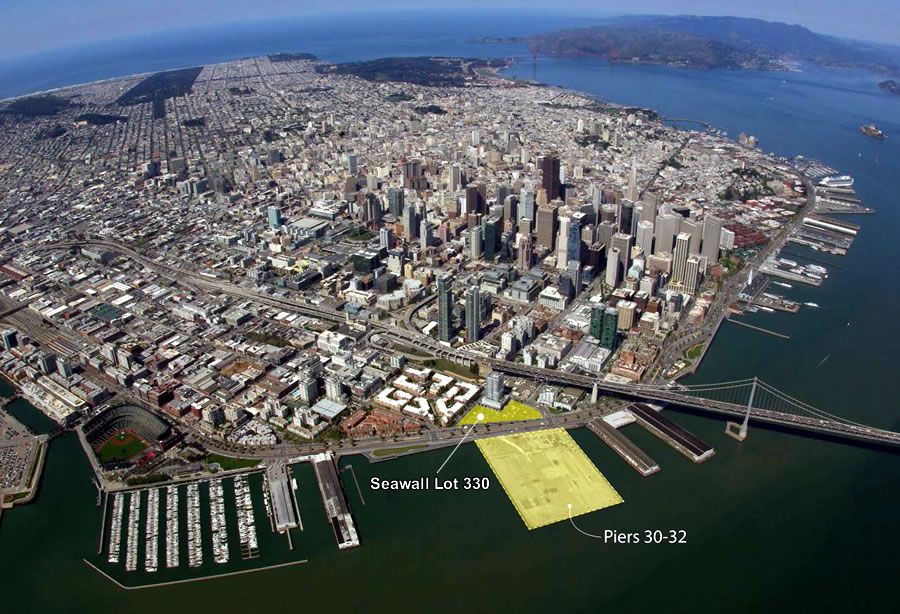 Having secured an Exclusive Negotiating Agreement (ENA) for the redevelopment of Piers 30-32 and Seawall Lot 330 across the Embarcadero, the Strada Investment Group and Trammell Crow team (a.k.a. Strada TCC Partners) have been meeting with key stakeholders, including the State Land and Bay Conservation and Development Commissions.

As we outlined when the ENA was awarded:

Keep in mind that the Piers 30-32 and Seawall Lot 330 sites, which are held in a public trust, won’t be sold but rather leased. And having been granted to the City of San Francisco by the state to support “maritime commerce, navigation, and fisheries,” to protect natural and cultural resources, or to provide “facilities that attract the public to use the waterfront,” the commercial redevelopment of Piers 30-32 is likely to face some regulatory challenges, as the Warriors learned the hard way.

And with Strada TCC Partners proposing to completely demolish and then rebuild the Piers, with 30,000 square feet of retail and 376,000 square feet of office space upon a pair of new finger piers, with a series of floating pools and “wetlands” between, the aforementioned commissions have raised a number of concerns. 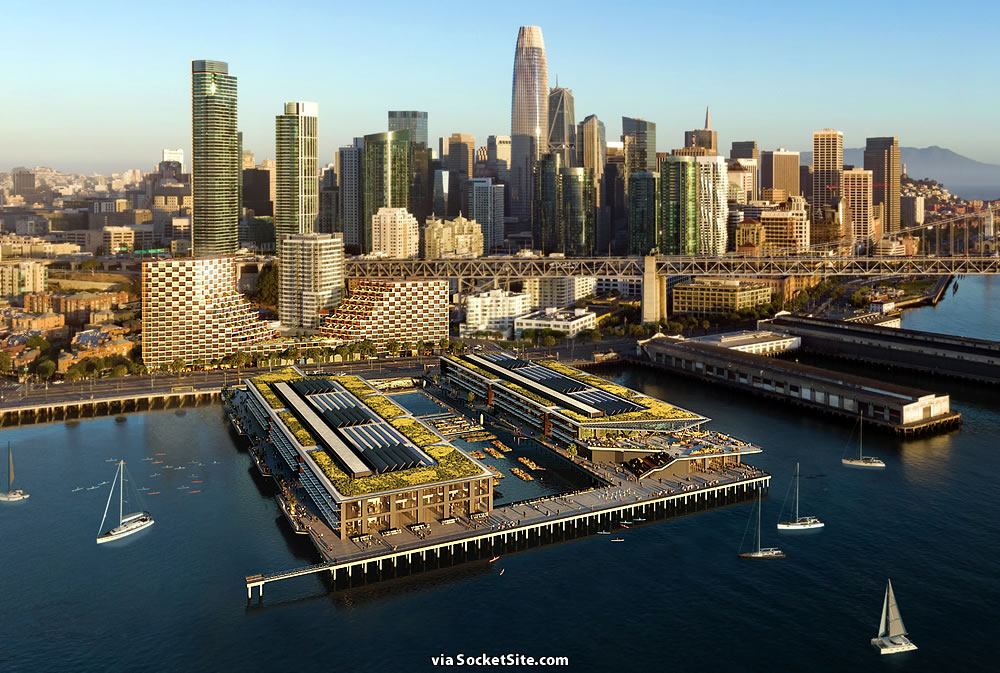 In addition to questioning whether or not reconstruction of the piers would be allowed, based on existing policies, and whether the pools and water recreation uses are an equitable public use, the proposed balance between the nearly 400,000 square feet of general office use and proposed public benefits have been called into question.

In addition, while other “area stakeholders” (i.e., neighbors) have informally “indicate[d] excitement” about the quality of design for the proposed plans for Seawall 330, which could yield two residential buildings rising up to 218 feet in height on the site, they have also indicated “concerns over placement of building massing.” 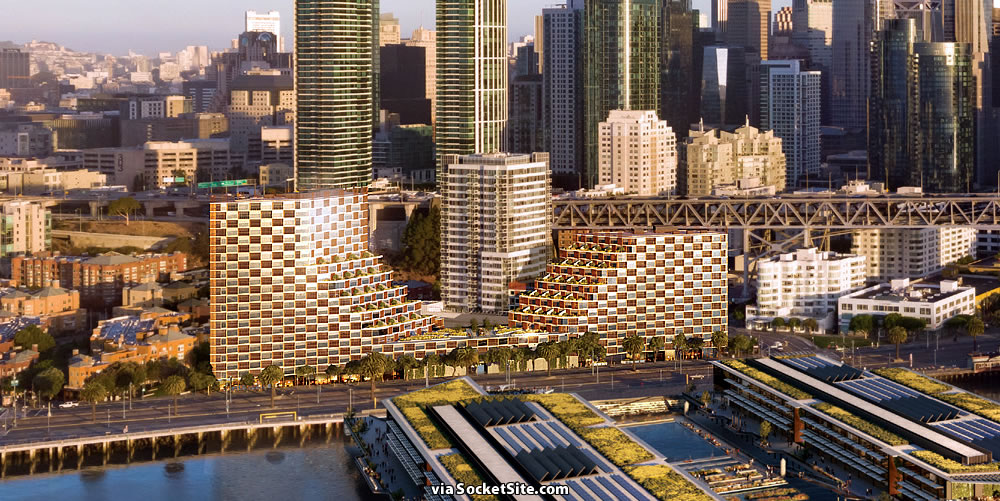 Pace of Existing Home Sales in the U.S Inches Up, But…