The Future of San Francisco’s Waterfront 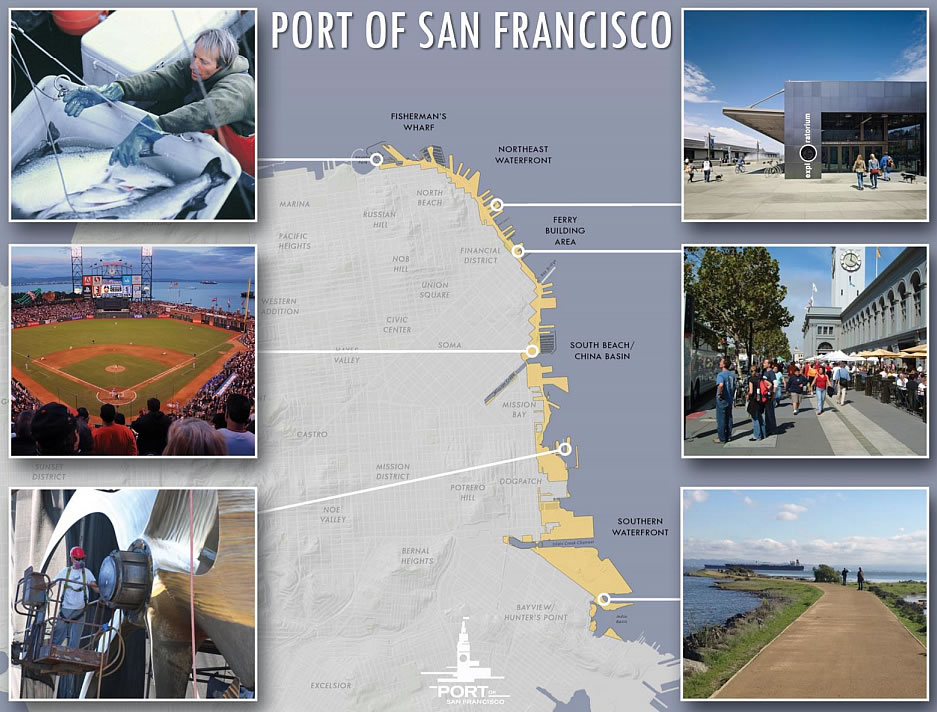 Over the next year, the Port of San Francisco will be overhauling the City’s Waterfront Plan for over seven miles of shoreline, stretching from Aquatic Park to India Basin. That includes 39 Piers (only 11 of which have been rehabilitated) and over 100 acres of waterfront open space, either existing (87 acres) or in the works (44 acres). 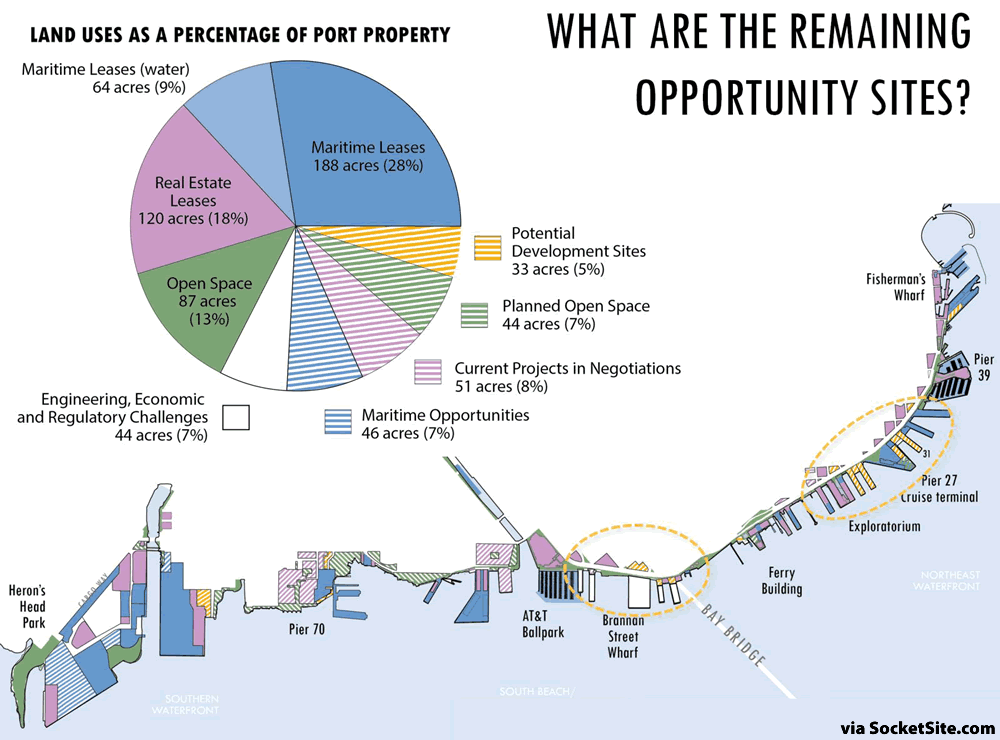 Challenges include revisiting the allocation of land, buildings and piers for existing and future development versus preservation and public open space; addressing the waterfront’s aging infrastructure and rapidly growing transportation needs; and planning for a likely sea level rise of three feet within the next hundred years which could wreak havoc along the shoreline and on Mission Bay.

And then there’s the challenge of how to fund it all with a projected need of $1.6 billion, primarily for deferred maintenance and renewal work, over the next ten years alone, not accounting for seismic upgrades, seawall improvements or any projects to start addressing the projected sea level rise.

But the groundwork for a Waterfront Plan overhaul has been laid, working groups are forming, and the recommendations to shape the future of San Francisco’s waterfront are slated to be drafted by the end of 2016 and finalized in early 2017.