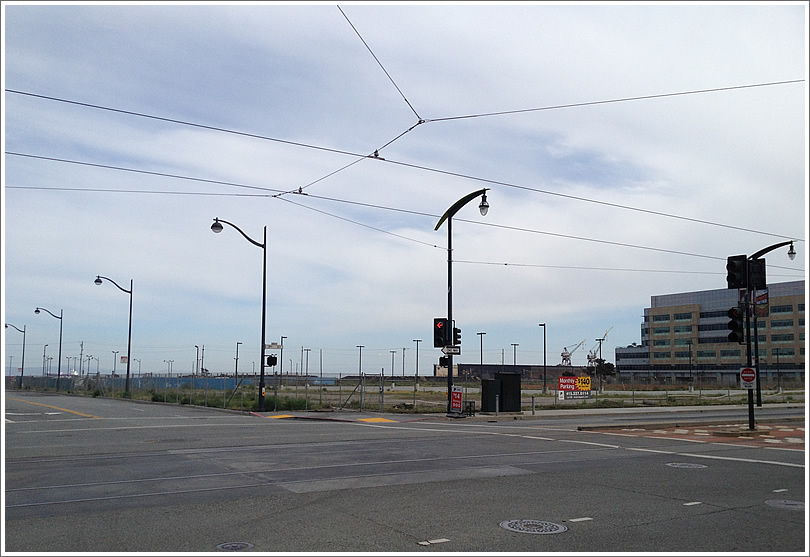 The Golden State Warriors have dropped their plans to build an arena on San Francisco’s Piers 30-32 but will still be making the move to San Francisco, landing on the parcels pictured above.

Having just purchased Salesforce.com’s remaining 12 acres in Mission Bay, the Warriors are now committed to building an 18,000-seat arena upon the undeveloped site which fronts Third Street in time for the 2018-19 NBA season, financing the project themselves, according to The Chronicle.

As we wrote about the Warriors’ original plans in late 2012:

“With San Francisco Mayor Ed Lee deeming it his legacy project, and the project sponsors lining the pockets of nearly every political, development, and public relations consultant in the city, some might consider the Warriors Arena that’s proposed to be built upon Piers 30-32 to be too big or connected to fail. But this is San Francisco, after all.”

In early 2012, we first characterized the plans for an arena upon San Francisco’s Piers 30-32 as a pipe dream and put the odds of the Warriors piers project succeeding at 5 percent, noting: “we would love to be proven wrong. And of course, there is another large parcel of undeveloped land around the corner that recently became available.” That large parcel of land is the very parcel upon which the Warriors now plan to build.