New Designs and Density for a Mission District Development 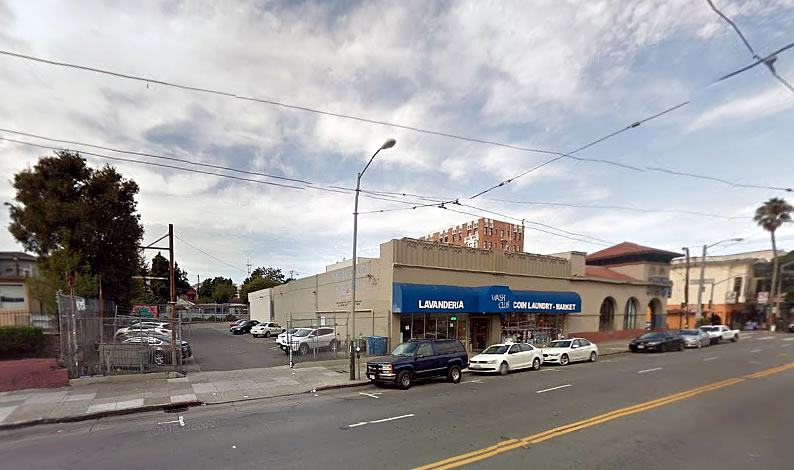 The formal request for approval to raze the Wash Club lavanderia at 2918 Mission Street and construct a six-story building on the Mission District parcel, with 55 residential units over two retail spaces and a garage for 18 cars, will soon be submitted to San Francisco’s Planning Department for review. 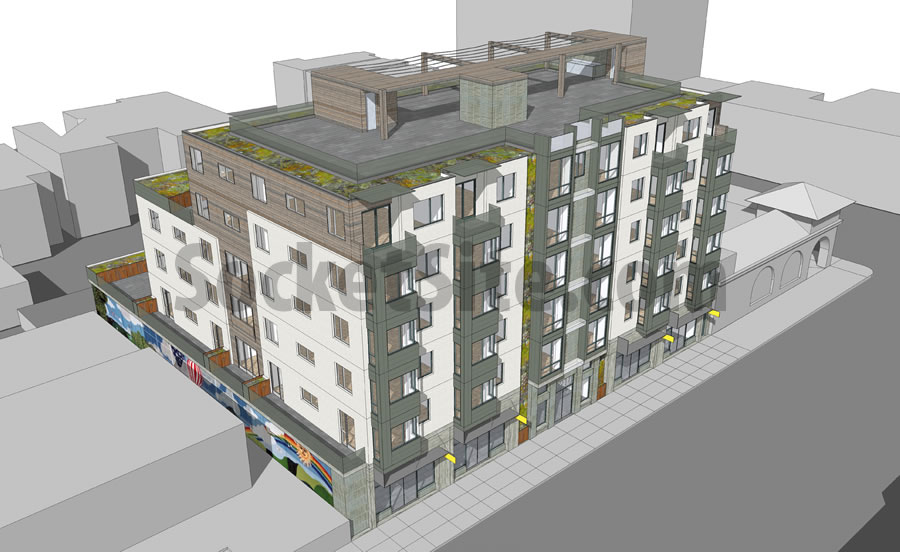 As designed by Gould Evans, the 55 units, which are currently expected to be developed as rentals, would average 616 square feet apiece, ranging from a 332-square-foot studio to a 921-square-foot three-bedroom apartment

The bulk of the proposed development would consist of 19 one-bedrooms averaging 592 square feet each and 20 two-bedrooms ranging in size from 596 to 826 square feet.

Proposed outdoor areas for the project include a common roof deck for residents, a number of private patios, and an elevated rear terrace over the garage, the entrance to which would be by way of Osage. 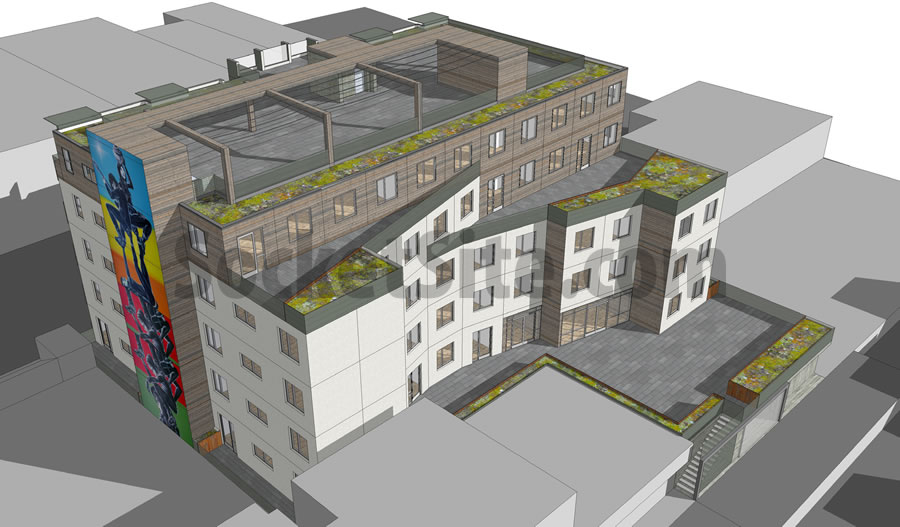 According to the developer who will be holding a pre-application meeting for the proposed 2918 Mission Street development this week and owns both the laundromat and land, the Wash Club has experienced a 20% decline in revenue over the past 10 years, a trend which is likely driven by the ongoing shift in neighborhood demographics.

The preliminary plans for the project, which were submitted to the City last year, had envisioned 38 larger units to be built upon the site versus the 55 as now proposed. And the developer is planning to apply for a density bonus which could allow for an even larger number of units to be built upon the site which is principally zoned for development up to 65-feet in height and includes the adjacent lot which currently provides parking for 20 cars.

Benchmark Mortgage Rate Back above 4 Percent and Forecast to Rise