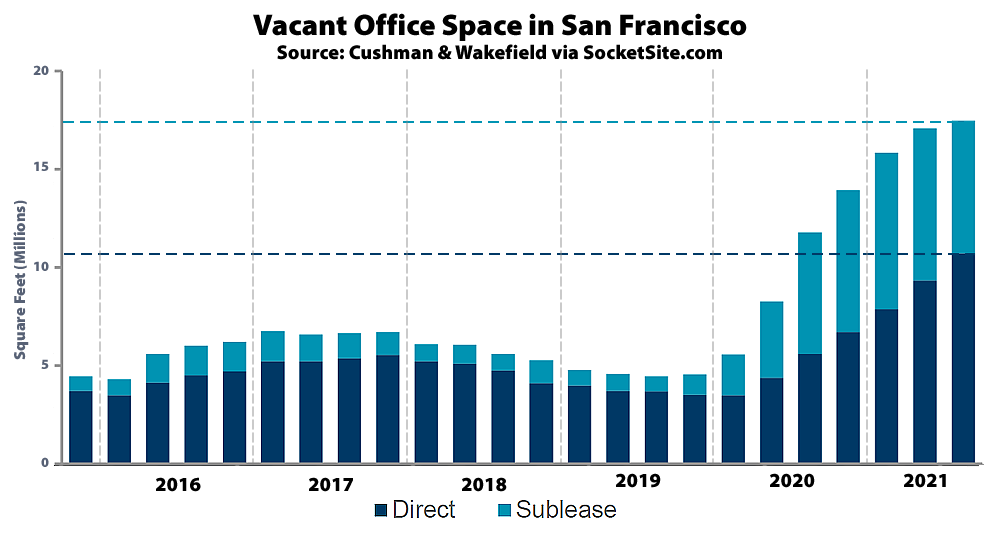 On a positive note, the book of sublettable space in San Francisco dropped by 900,000 square feet last quarter as space was subleased, reoccupied or converted to direct vacancy, and office leasing activity in the second quarter totaled nearly 1.8 million square feet, which was the highest total since the third quarter of 2019, but…net absorption was still a negative 534,000 square feet and the amount of directly vacancy space increased by 1.4 million square feet.

And while the average asking rent for office space in San Francisco inched up 0.3 percent last quarter to $73.46 per square foot, per year, it’s still down over 12 percent from a peak of $83.83 last year and the increase in the direct vacancy rate is expected to put pressure on landlords to reduce asking rents, as we noted last quarter.