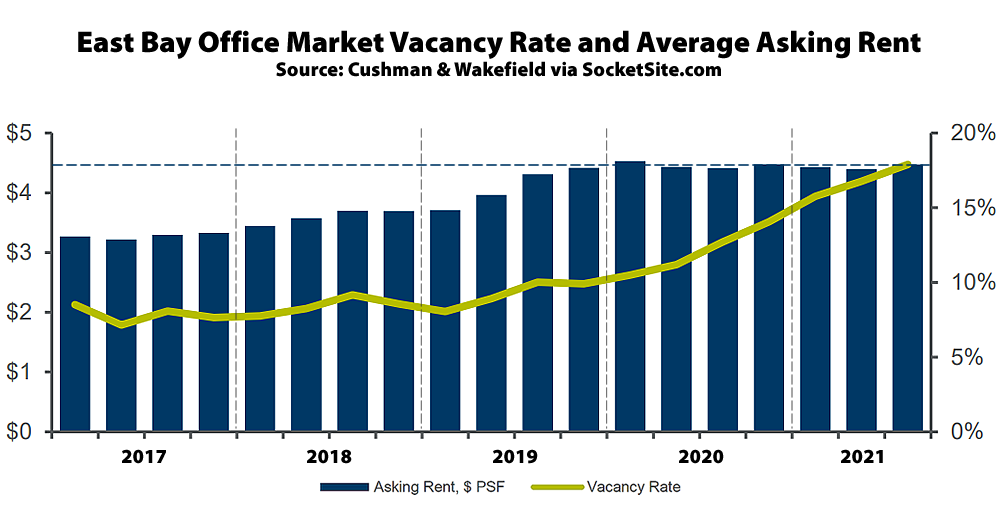 The office vacancy rate in the East Bay, not including Walnut Creek or further east, ticked up to 17.9 percent at the end of September, which includes 4.6 million square feet of un-leased space and 1.2 million square feet of space which has been leased but is sitting vacant and actively seeking a subletter, according to Cushman & Wakefield.

While East Bay landlords appear to have held firm in terms of asking rents despite the increase in un-leased office space, with the average asking rent having inched up one cent ($0.01) over the previous quarter to $4.47 per square foot per month, which is $0.05 (1.1 percent) higher than at the same time last year, the average asking rent is being skewed by negative absorption in the region’s most expensive submarkets (i.e., mix). In addition, landlords have been giving free rent and build out allowances rather than reduce rack rents.