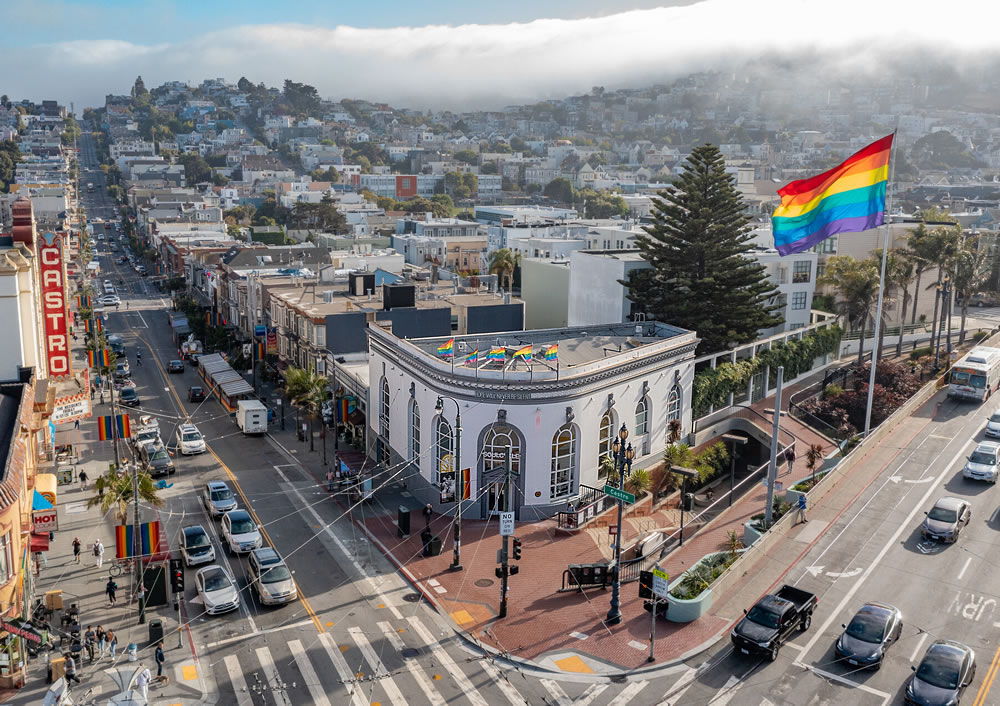 With plans to convert the prominent Bank of America/Italy building on the southwest corner of Castro and Market into a “Randy Rooster” burlesque club having fallen through back in 2013, at which point the building was in contract to be sold to the backers of the club for $7.7 million, the building was subsequently leased to Soul Cycle and LaserAway.

While SoulCycle’s lease runs through July of 2030, and LaserAway’s through 2028, the 5,622-square-foot building, which was acquired for $7.7 million in October of 2008, is now back on the market without an advertised price.

And yes, plans for an overhaul of Harvey Milk Plaza, which the historic building, which was built for the Bank of Italy in 1922, effectively fronts, have been drawn and the corner gas station parcel across Market, upon which a six-story development was approved to be built, recently returned to the market as well.