The Memorial at Harvey Milk Plaza 2.0 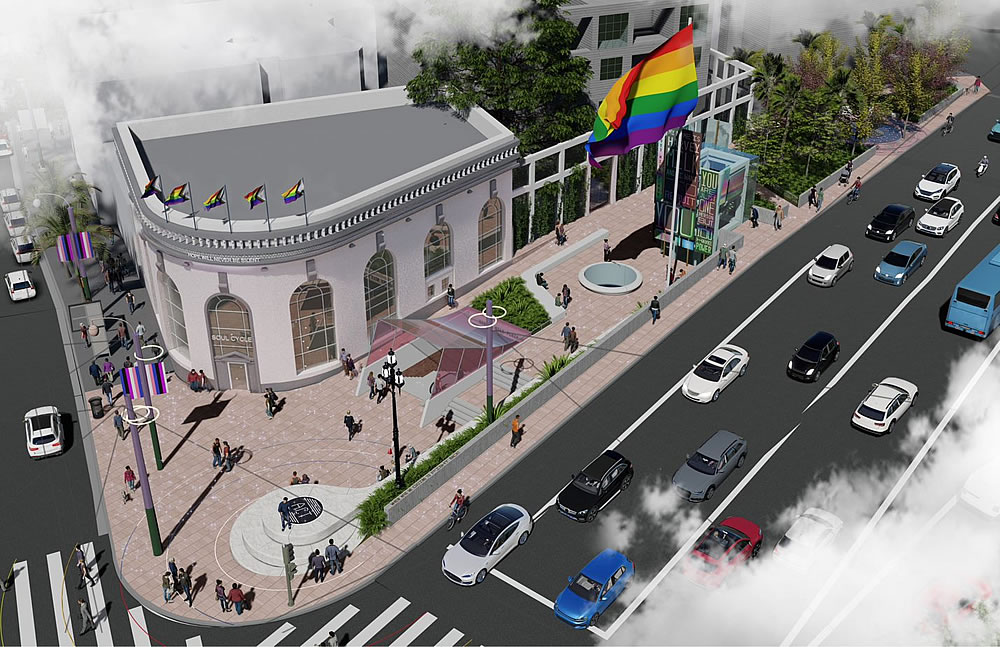 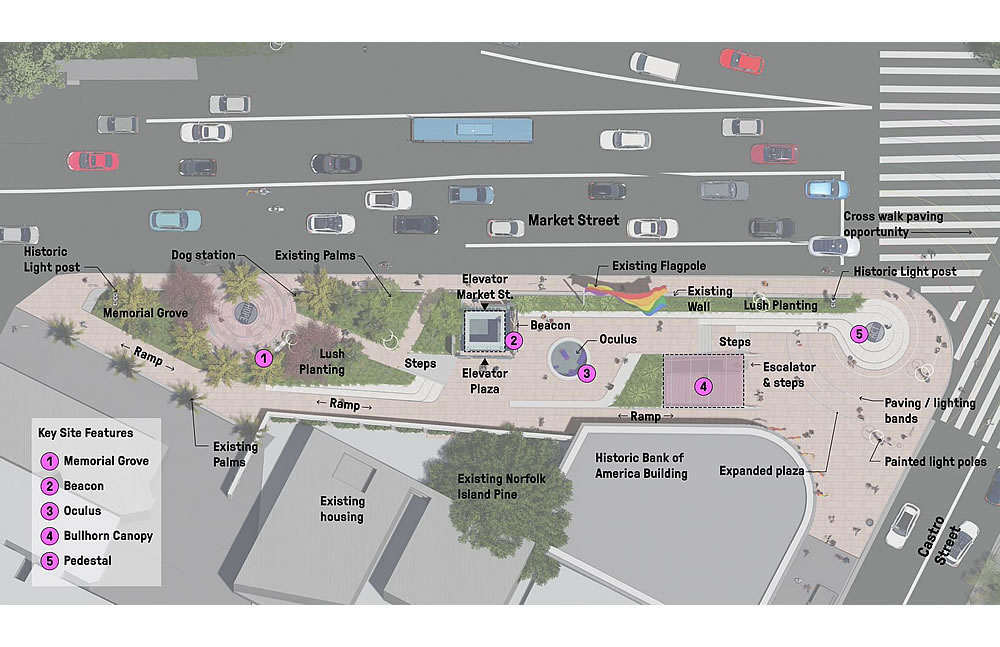 Incorporating years of community feedback and thought, the preliminary design for an upgraded Harvey Milk Plaza and Memorial at the intersection of Castro and Market Streets have been rendered by SWA for the Friends of Harvey Milk Plaza (FHMP).

The plan for the renewed plaza features four main elements – the Pedestal, the Beacon, the Grove and the Gallery – along with a new tinted-glass canopy over the stairs and escalator to the Castro Muni Station below, “a subtle nod to the shape of Harvey’s famous bullhorn.”

The Pedestal “highlights the history of gathering and collective action that has occurred at the intersection, and provides a focal point for large gatherings in the future,” with an expanded plaza and new lighting elements. 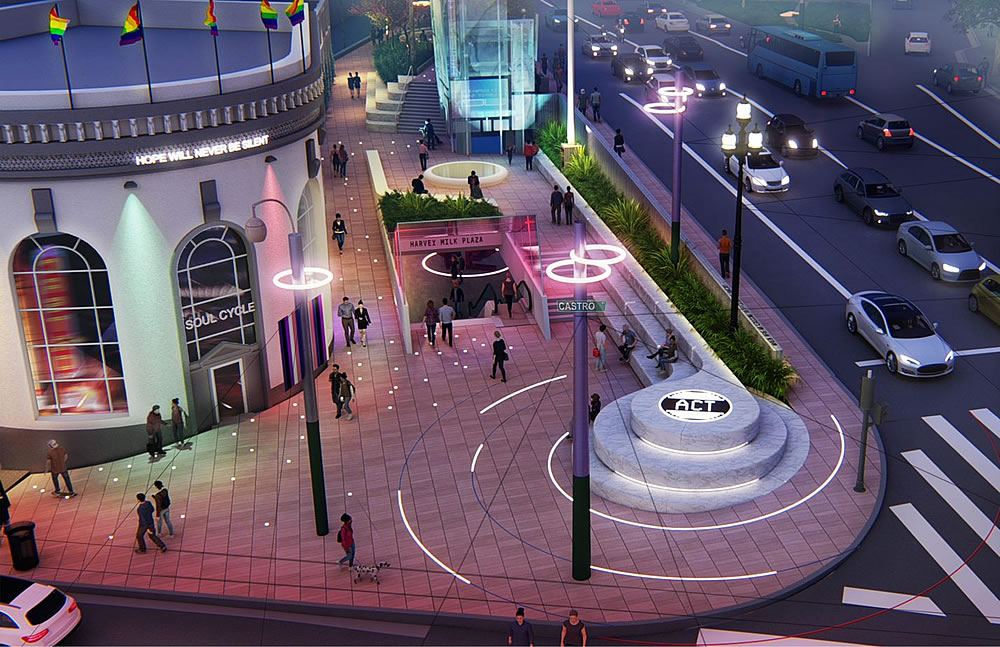 The Beacon, which will wrap around a new elevator to the Muni station below, “acts as a digital monument that can be used to display visuals that tell the story not only of Harvey Milk, but also of the Castro’s history, of queer culture, and of the victories and ongoing struggles of the movement,” with a modular design “that reference[s] the protest signs often present when the community gathers.” 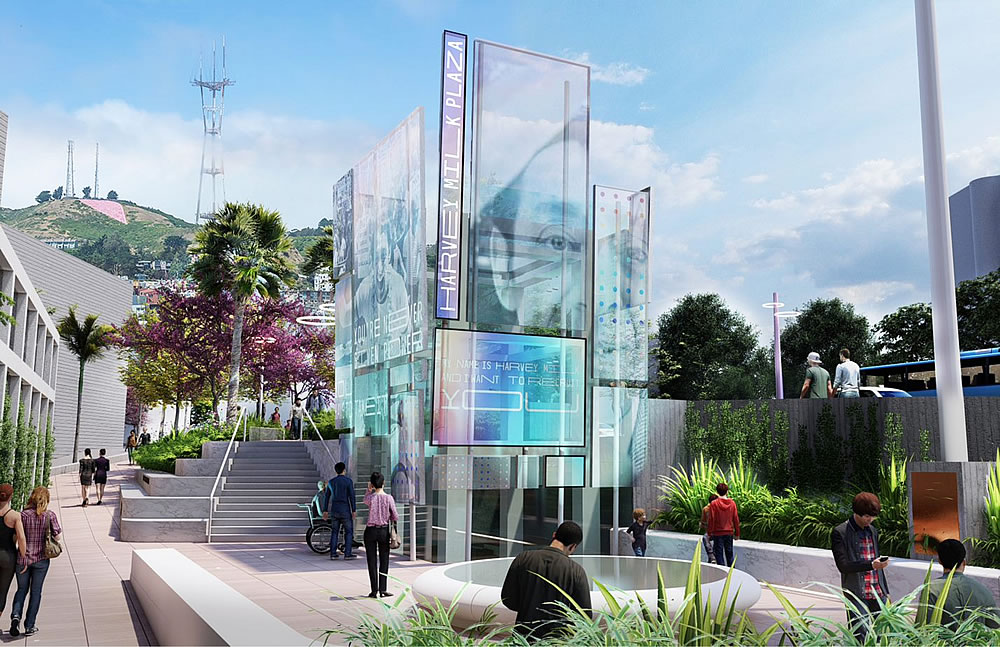 The Grove provides a green space on the western edge of the site, with a diverse collection of 11 trees, representing the eleven months Milk spent in office and “embodies Milk’s informal and eclectic personality and his emphasis on hope.” 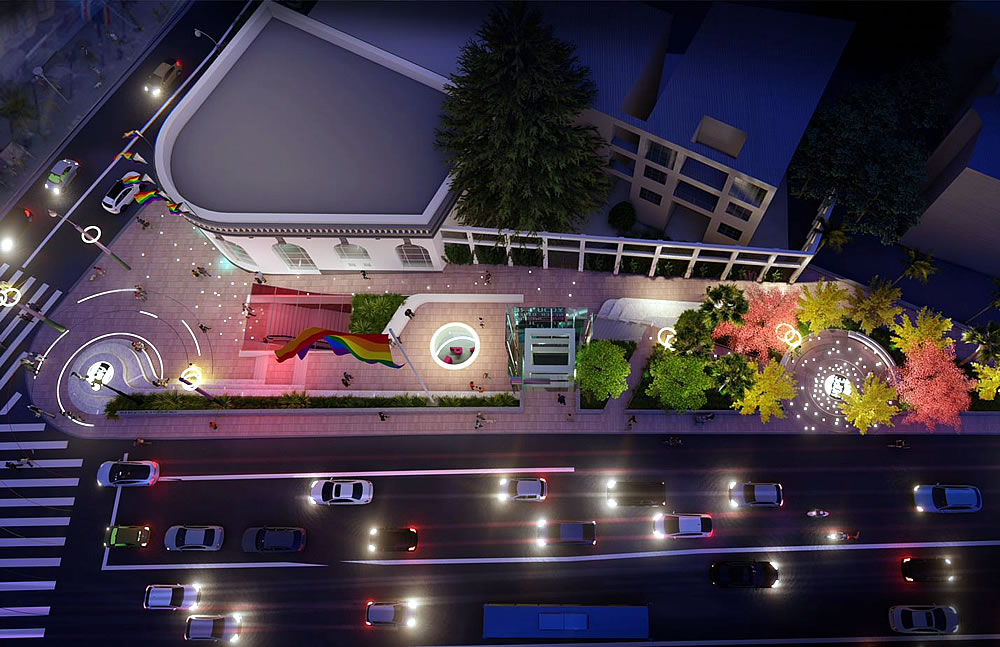 And located inside the station below, with spotlighting from an oculus above, the Gallery, provides a gallery space for art and exhibits “that reflect the current conversation and priorities of the community around issues of representation and social justice,” with a permanent installation located directly below the skylight, “envisioned to have an audio component that would envelop the viewer in the sound of both Harvey’s voice and the voices of the community that continue to echo his message.” 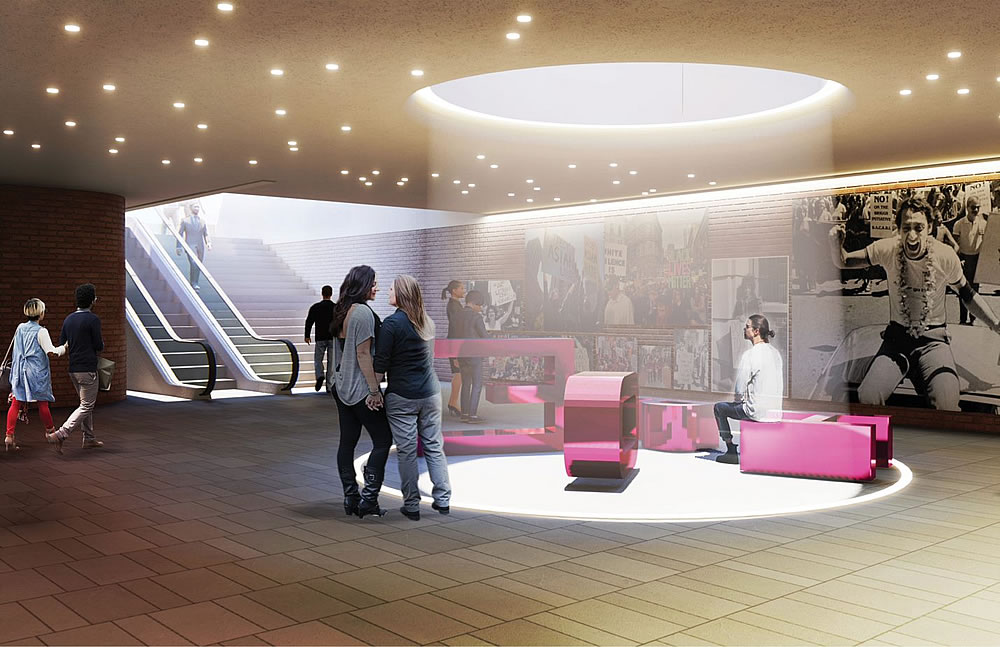 A community engagement portal for the new memorial and plaza, to help further refine its design, is now online and the first phase of the plaza’s redevelopment, transit center improvements, are expected to commence next year.