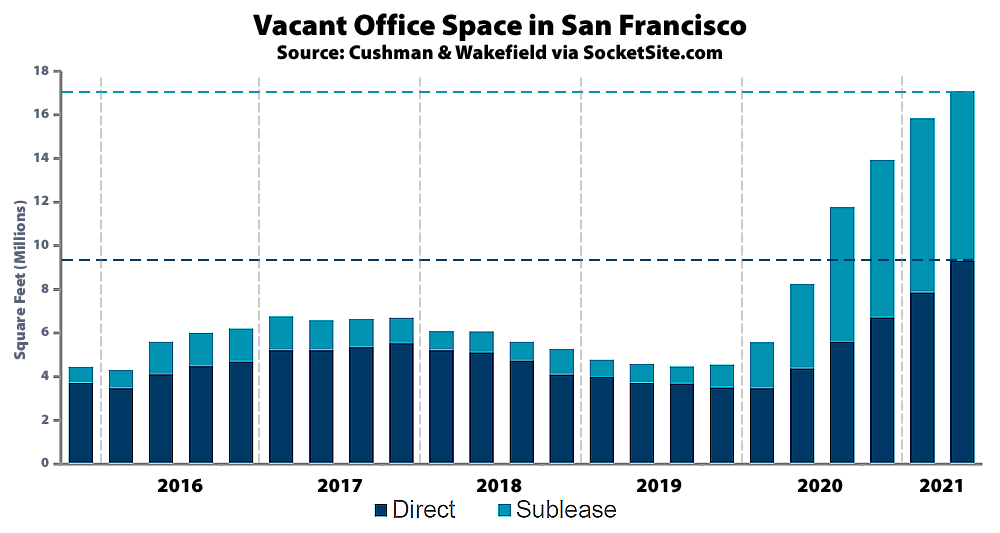 And while landlords had held firm through the second quarter of last year, the average asking rents for office space in San Francisco has since dropped 12.6 percent to $73.24 per square foot, per year, which is back to mid-2018 pricing when the vacancy rate was running closer to 7 percent, which suggests there’s quite a bit further to drop, particularly with the aforementioned increase in direct vacancy rates.