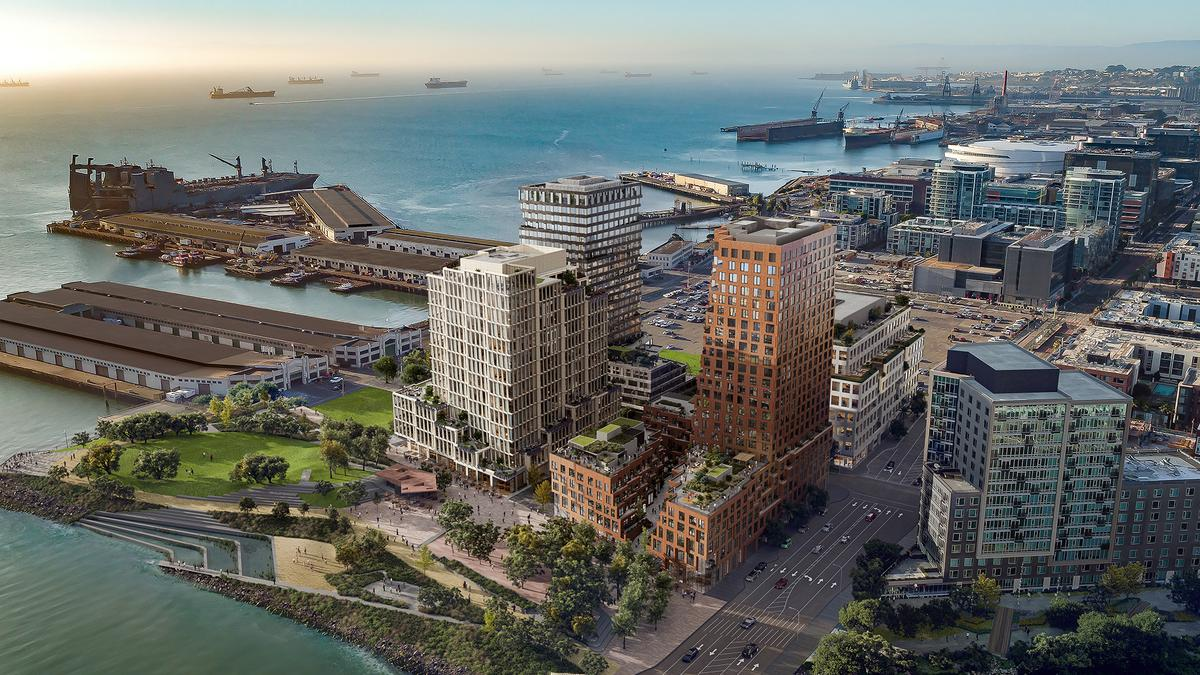 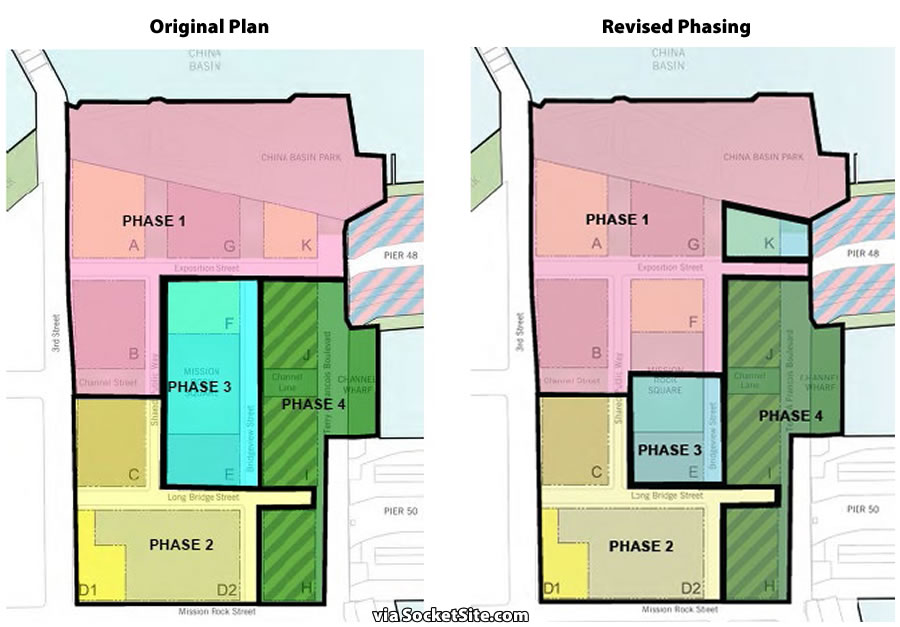 And with that in mind, Mission Rock Partners has just revealed their revised architectural plans for the first phase of development, featuring different architectural firms for each of the first four buildings and a revised China Basin park design, as newly rendered above and below. 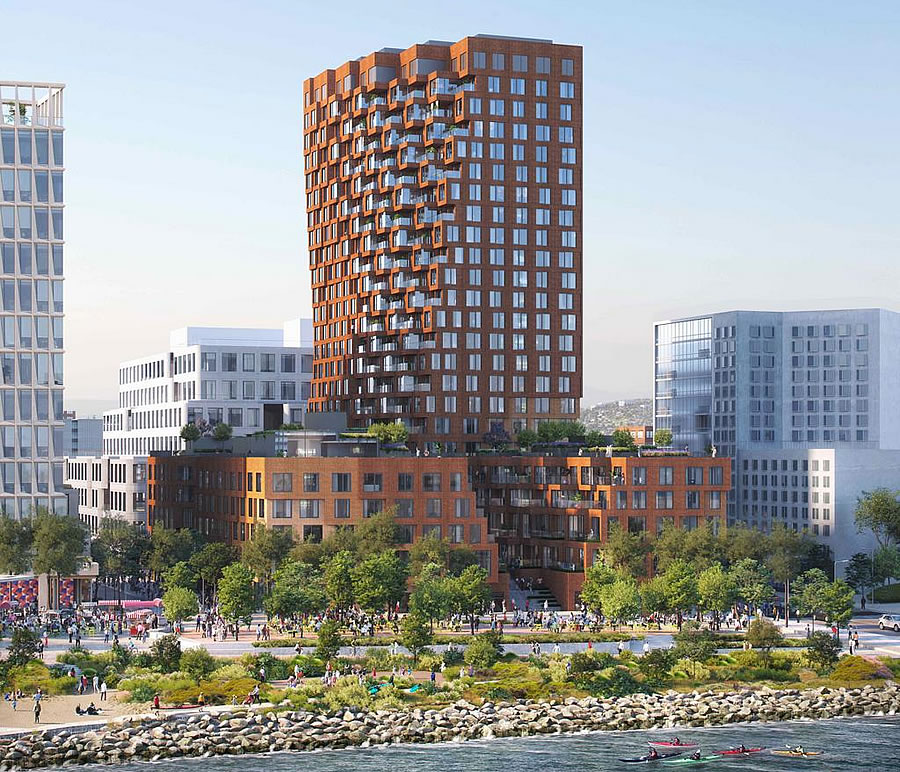 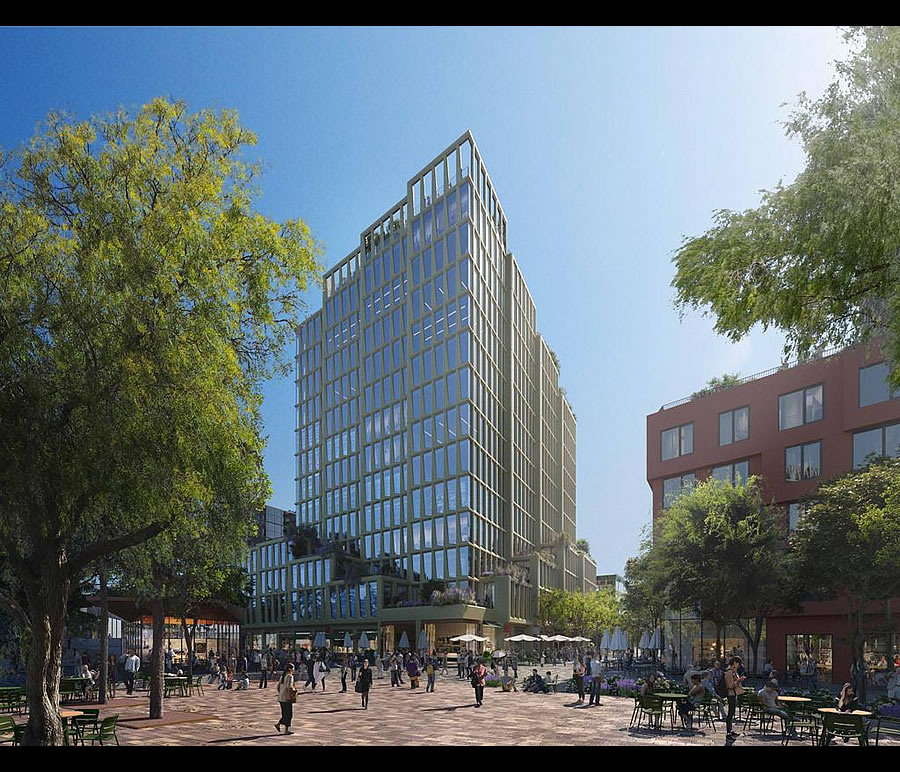 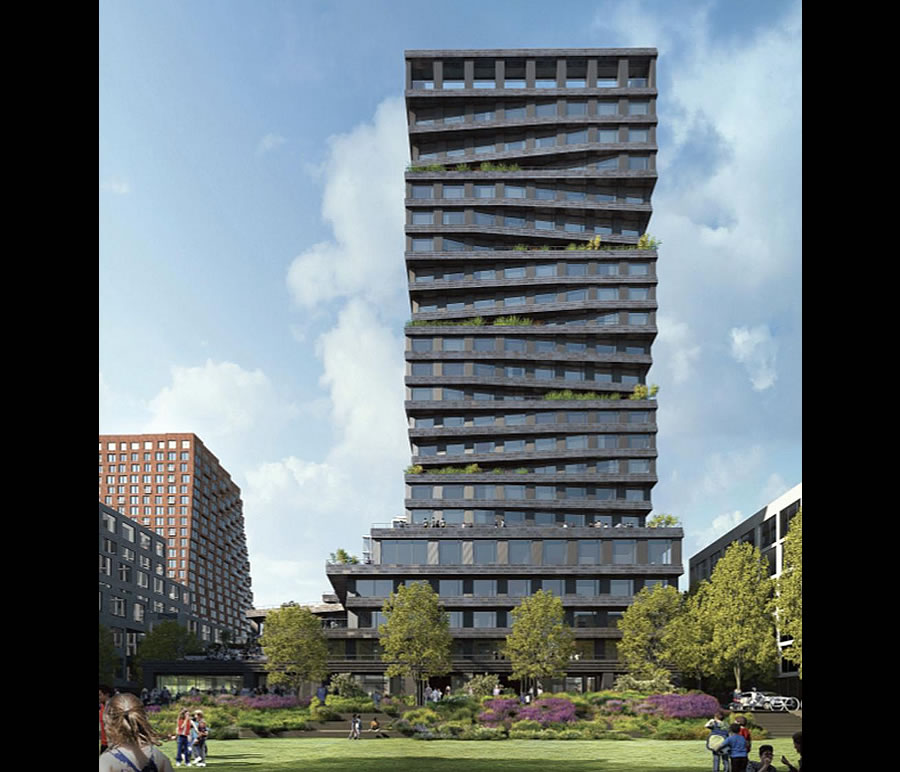 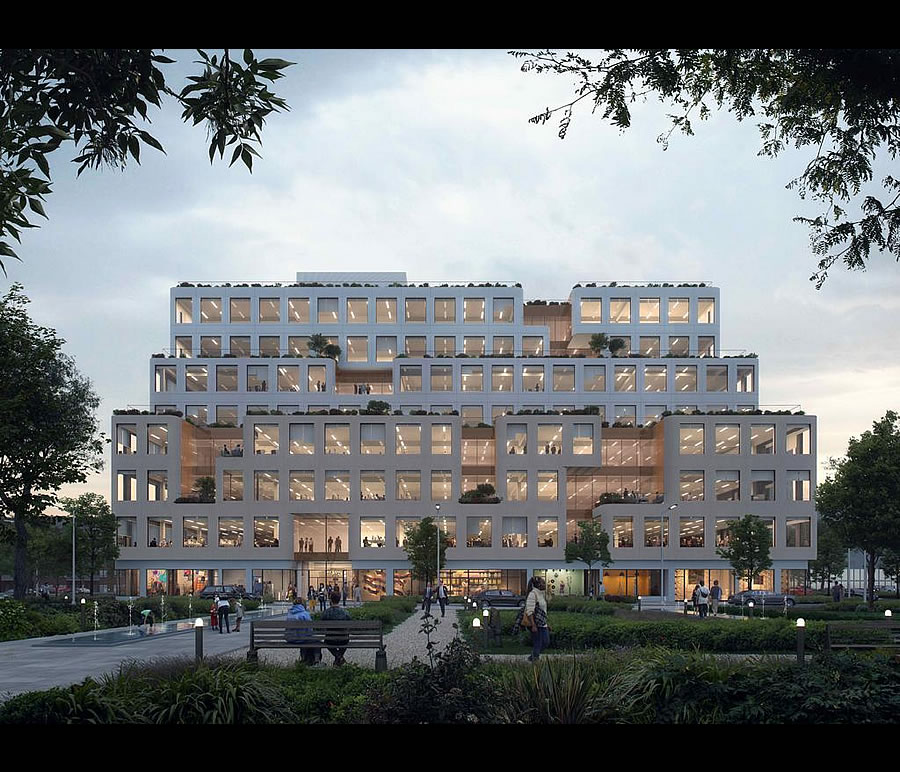 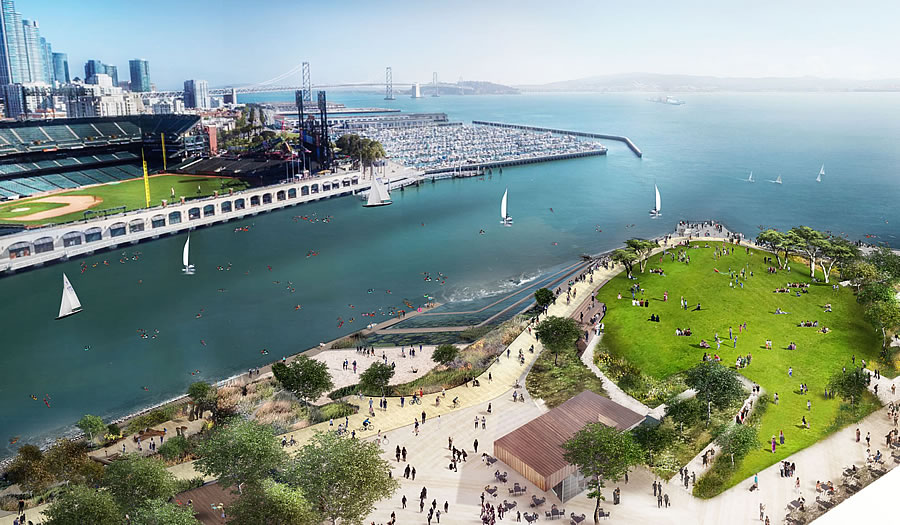 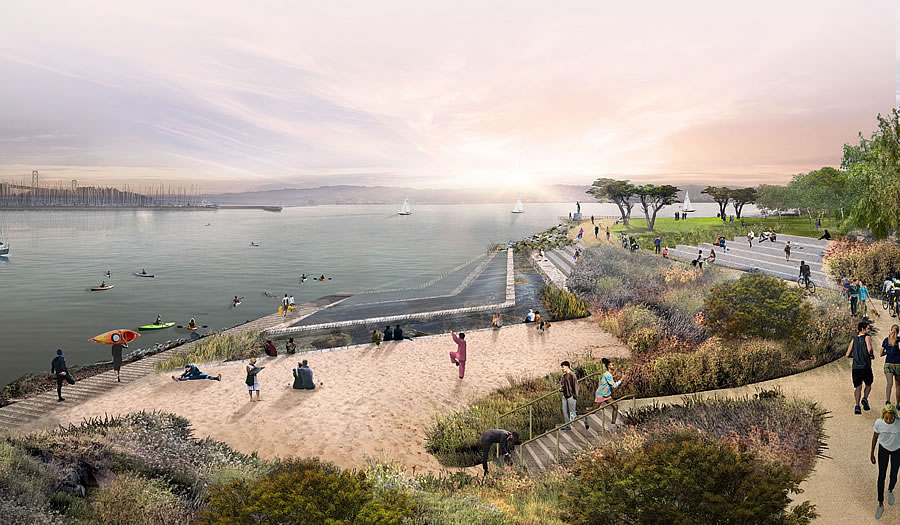 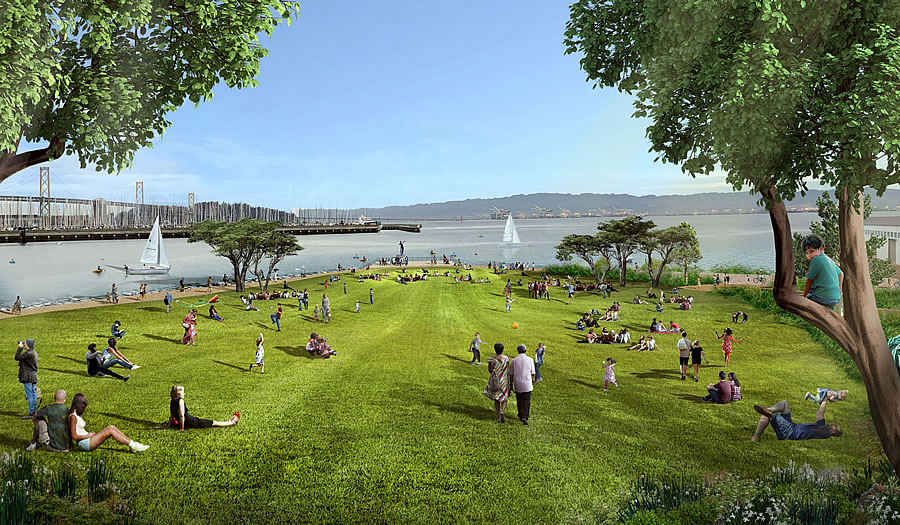