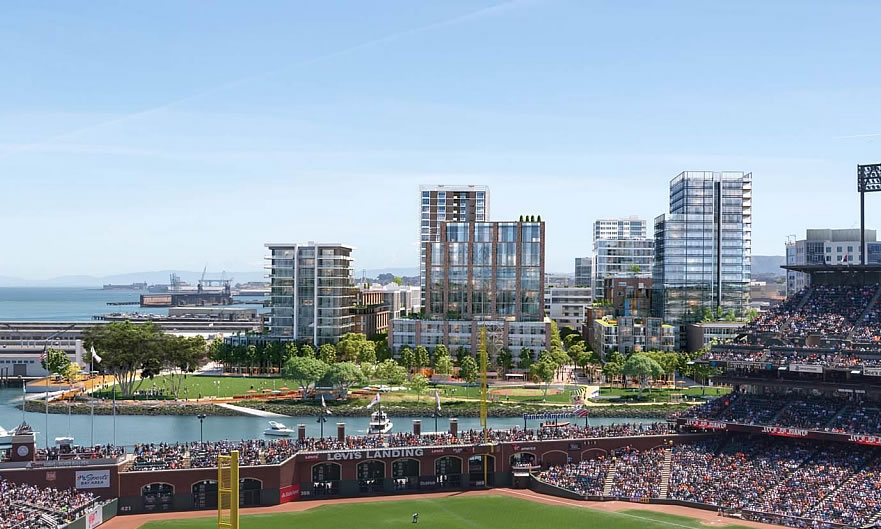 In the works for over a decade, the official development agreement and approvals necessary for the San Francisco Giants to move forward with their massive (yes, massive) redevelopment of A&T Park’s Parking Lot A into “Mission Rock,” the plans for which include over 1.4 million square feet of office, retail and restaurant space; over 1,300 units of rental housing in buildings rising up to 240 feet in height; 3,100 parking spaces; and nearly 8 acres of open space and parks, are slated to be approved by San Francisco’s Board of Supervisors tomorrow afternoon. 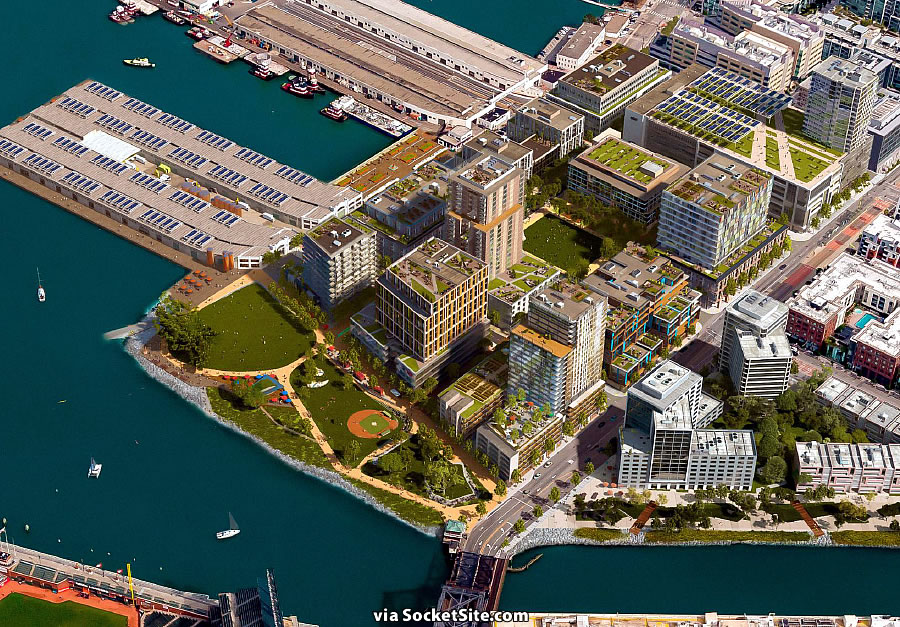 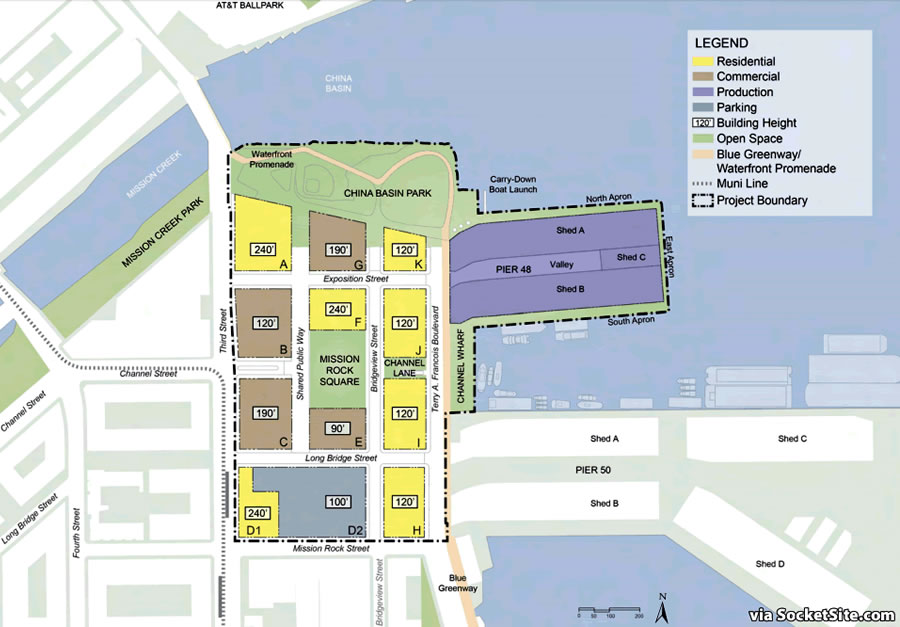 The anticipated ground breaking for the four-phase development, which is expected to take at least a decade to complete, is currently pegged for “as early as next year.”

And as we first reported, Anchor Brewing, which had been courted to open a new brewery, restaurant and museum on Pier 48 has been officially dropped from the plans. 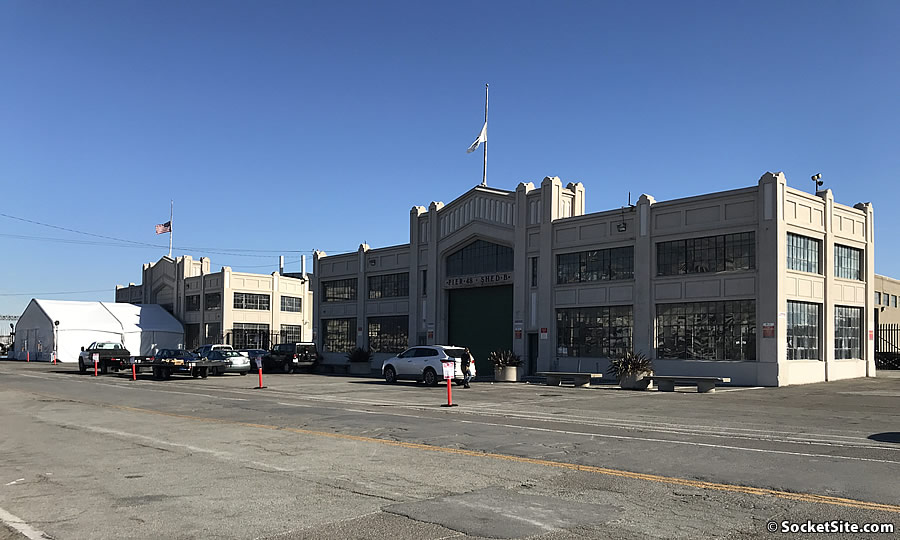 Speaking of which, while the associated redevelopment of Pier 48 (and 48 ½) may still occur “at some future date,” with the Giants and Port having agreed to cooperate on identifying “a potential long term use,” an effective 10-year extension of the existing lease for Pier 48 – which allows for its use as a parking and special events facility – is slated to be approved tomorrow as well with a clause which would allow the Port to terminate the lease for a Port program, project or long-term development opportunity.