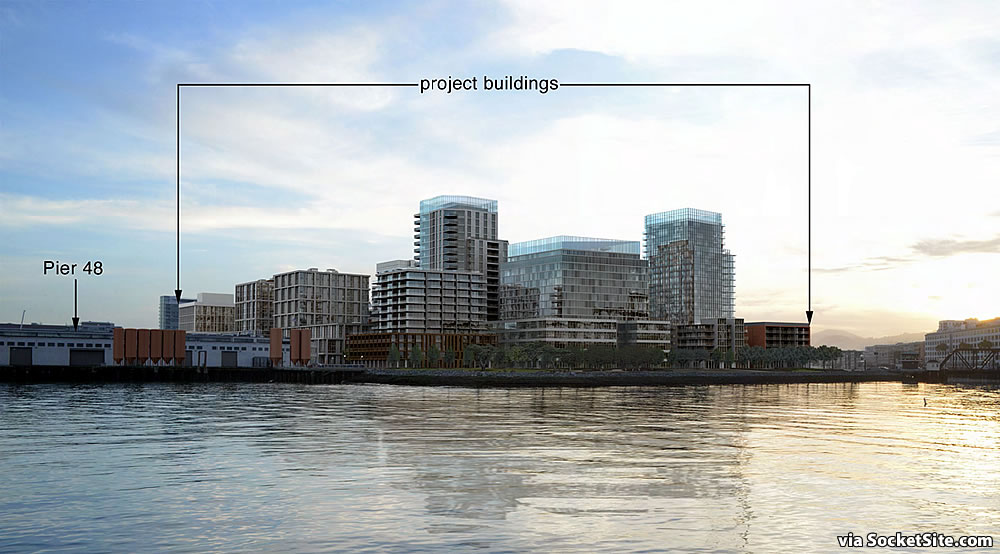 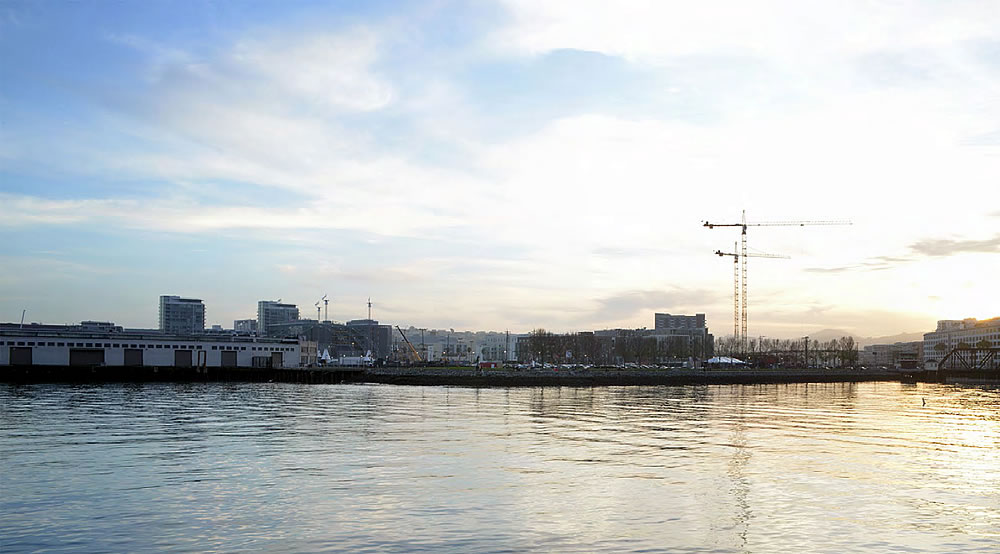 The Draft Environmental Impact Report (DEIR) and refined plans for the San Francisco Giants’ proposed 28-acre Mission Rock project, which is slated to rise up to 240 feet in height on the Port of San Francisco’s Seawall Lot 337 (a.k.a. Giants Parking Lot A), have just been released along with a few new renderings and perspectives. 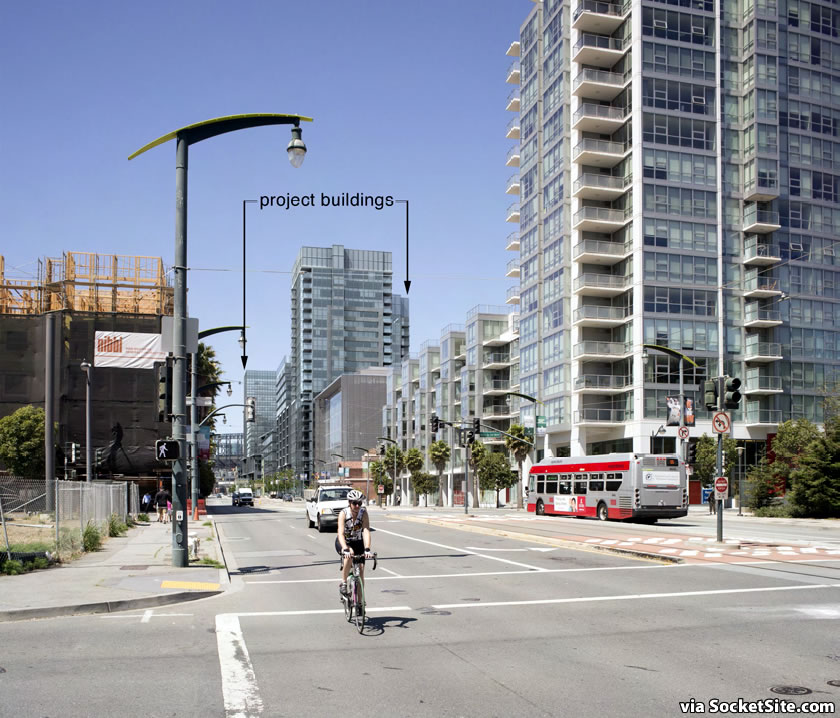 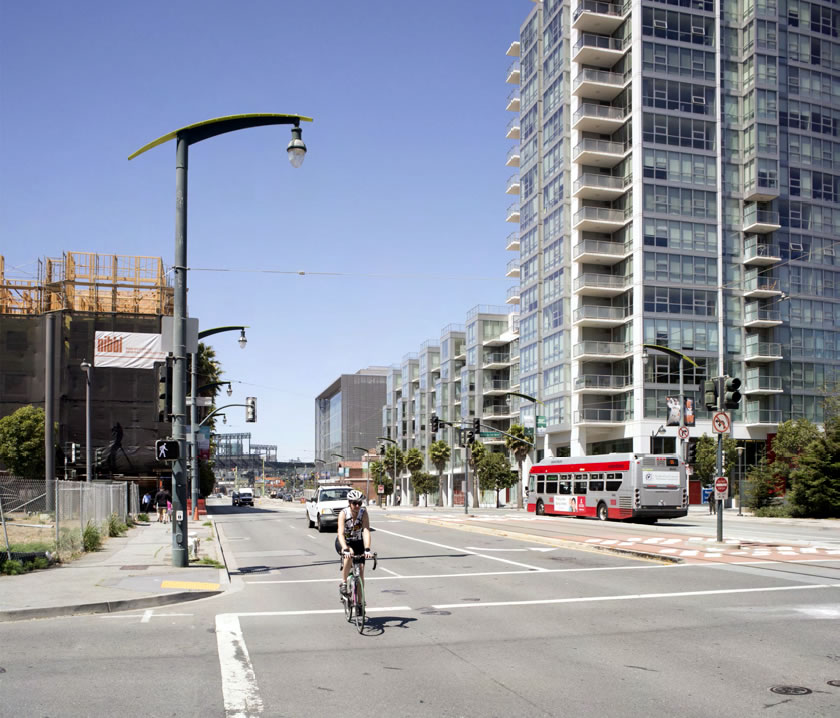 At full build-out, the proposed development will now yield up to 1,600 units of housing; up to 1.6 million square feet of office, retail and commercial space; 3,100 parking spaces (including a new parking garage at the southern end of the project); and 8 acres of new or redeveloped public space/parks, including a redesigned China Basin Park at the northern edge of the site, with a great lawn, play area and new plaza.

In addition, Pier 48 is slated to be rehabilitated for industrial, restaurant, retail, tour, exhibition and meeting space use, with Anchor Brewing the anticipated, but not guaranteed, tenant.

If approved, construction is currently projected to begin by the end of the year and be phased through 2023. And a 4,000-seat entertainment venue and hotel are now potential components of the development as well.

In terms of environmental impacts, “an adverse impact related to a substantial increase in transit delays on Third Street between Channel Street and Mission Rock Street;” additional demand on Muni’s 10 Townsend and 30 Stockton lines, which are nearing capacity; and the impact of overlapping construction with other projects in the vicinity over the next six years are projected, but plans to mitigate said impacts have been drawn.

And the projected impacts with respect Land Use, Aesthetics, Population and Housing have all been deemed to be “less than significant” for the development as proposed.

The public hearing to review the adequacy and accuracy of the full 1,300-page Impact Report, which is divided into two volumes for easy reading (Volume 1, Volume 2), has been scheduled for June 1, 2017.

Palo Alto Contemporary on the Market for $9 Million