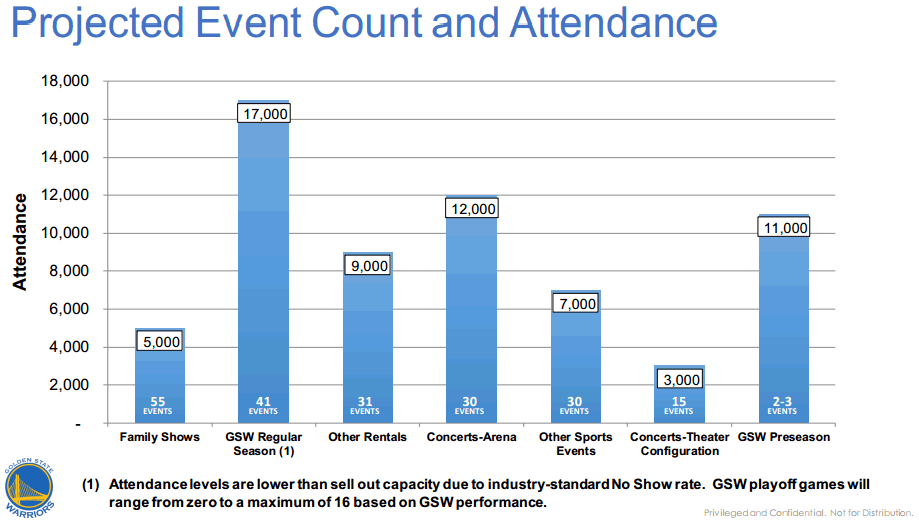 In addition to 41 regular season games, and not including any appearances in the playoffs which could include up to 16 games, the Golden State Warriors are projecting their proposed Mission Bay Arena will play host to another 164 events a year for a total of over 200 events annually.

The weighted average projected attendance for an event at the arena is roughly 9,260 people, ranging from 17,000 for a Warriors regular season game to 3,000 when the arena is configured as a “theater.”   Arena styled concerts, of which 30 per year are being projected, would draw an average attendance of 12,000 per event.

It Could Be Curtains For Julius' Castle, Quite Literally