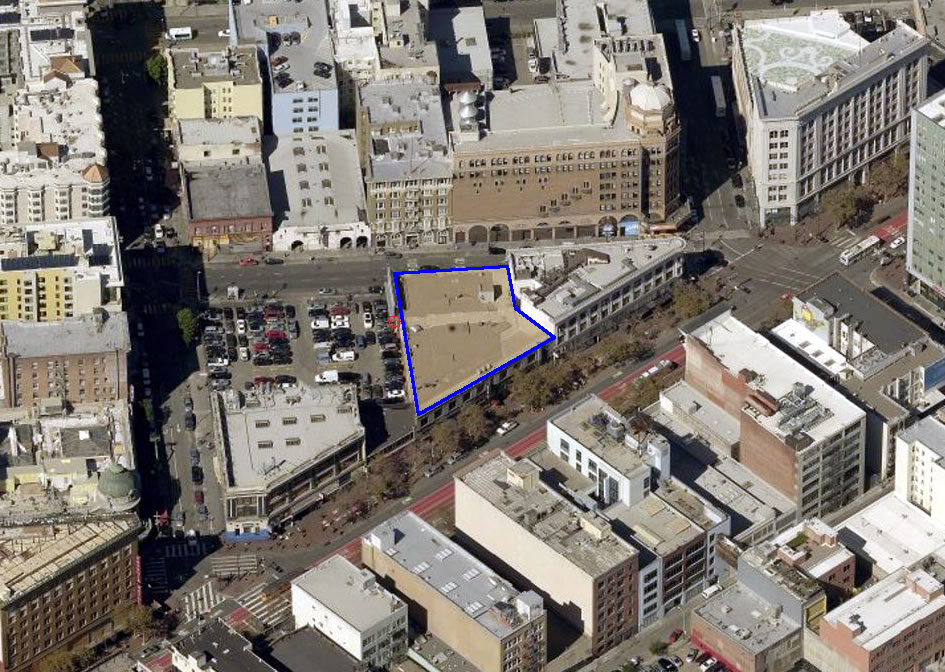 Having been deemed a historical resource and contributor to San Francisco’s historic Market Street Theatre and Loft District, a full Environmental Impact Report (EIR) was required for the proposed demolition of the Golden Gate Building at 1028 Market Street, a demolition intended to clear the way for a proposed 13-story building, with 186 apartments over 4 ground-floor restaurant/retail spaces and a basement garage for 40 cars, to rise on the former Hollywood Billiards site which is now occupied by “The Hall.”

And as we first reported a few months ago, the draft impact report recommended that a Full Preservation Alternative be pursued, which would preserve the building’s historical features and comply with the City’s Downtown Area Plan (which calls for the preservation of buildings identified as historical resources) but cut the proposed project short (as in a two-story, 20-unit addition).

But having reviewed the findings and recommendations, San Francisco’s Planning Commission is slated to override the impact report’s recommendation next week, rejecting the Full Preservation Alternative – which would yield 166 fewer units, significantly lower development fees and fewer construction jobs – as “infeasible” and approving the 13-story development as proposed and newly rendered below: 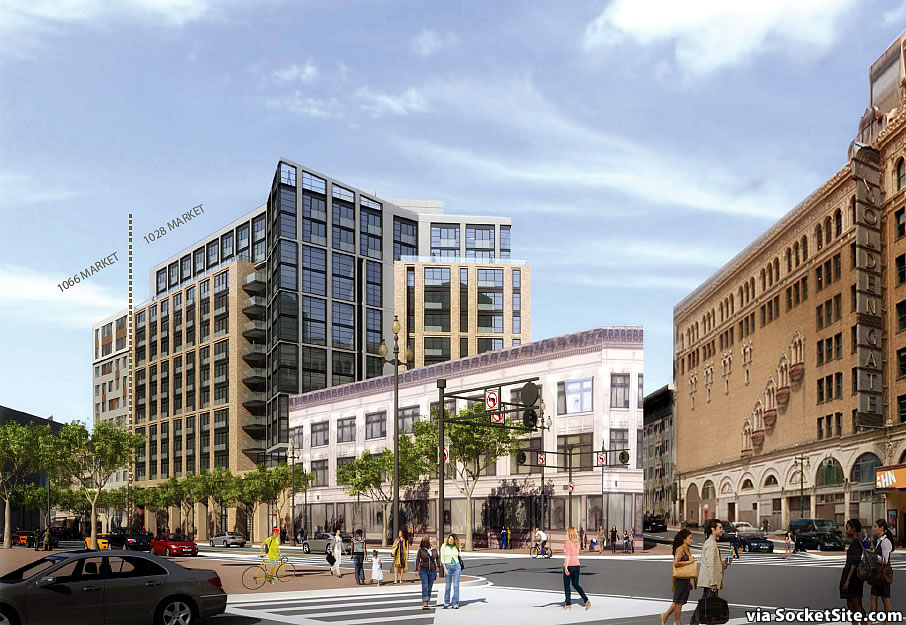 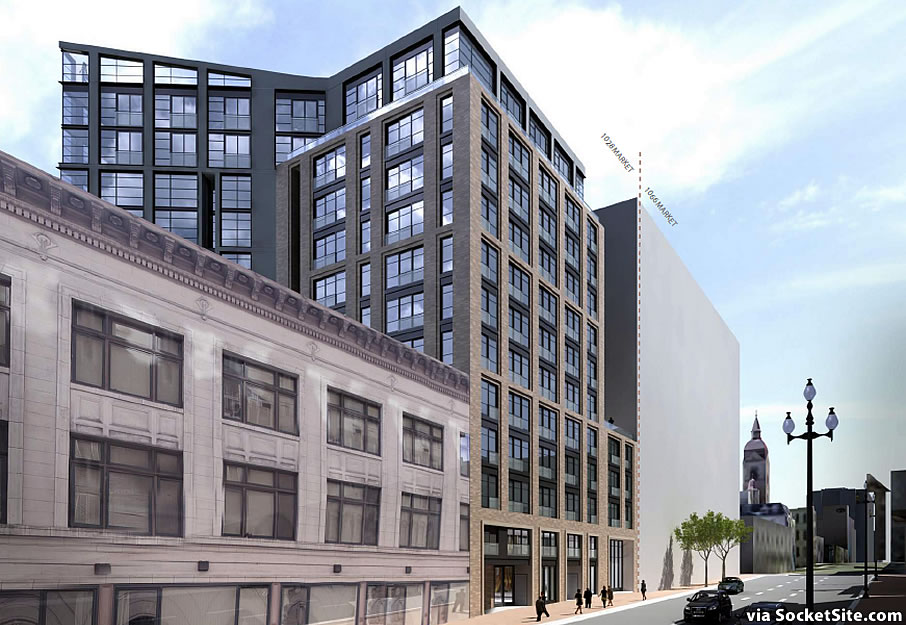 The 1066 Market Street parcel to the west of 1028 Market is already approved for approved for a 300-unit building designed by Arquitectonica to rise.

Sinking Tower Lawsuits Could Take Nearly a Decade to Resolve