Market Street Development Could Be Cut Short by New Report 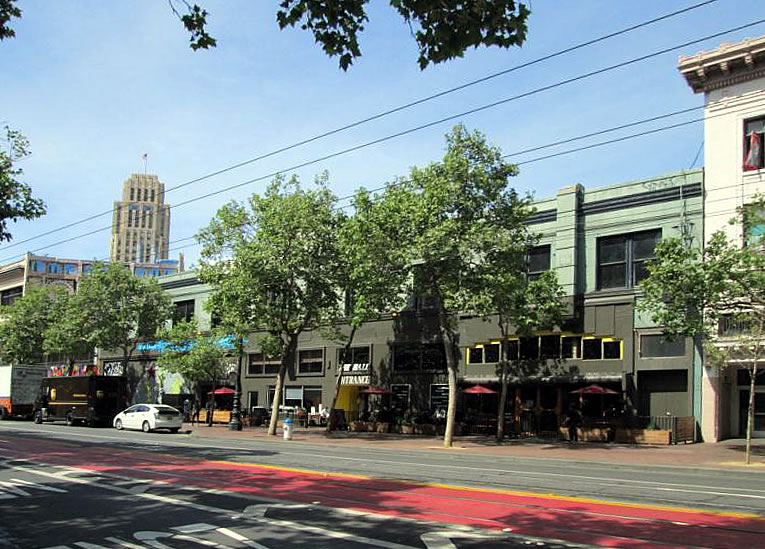 Plans to level the the Golden Gate Building at 1028 Market Street, which was previously home to Hollywood Billiards and is now occupied by “The Hall,” and develop a new 13-story building – with 186 apartments over 4 ground-floor restaurant/retail spaces and a basement garage for 42 cars on the site – could be cut short by its Environmental Impact Report (EIR). 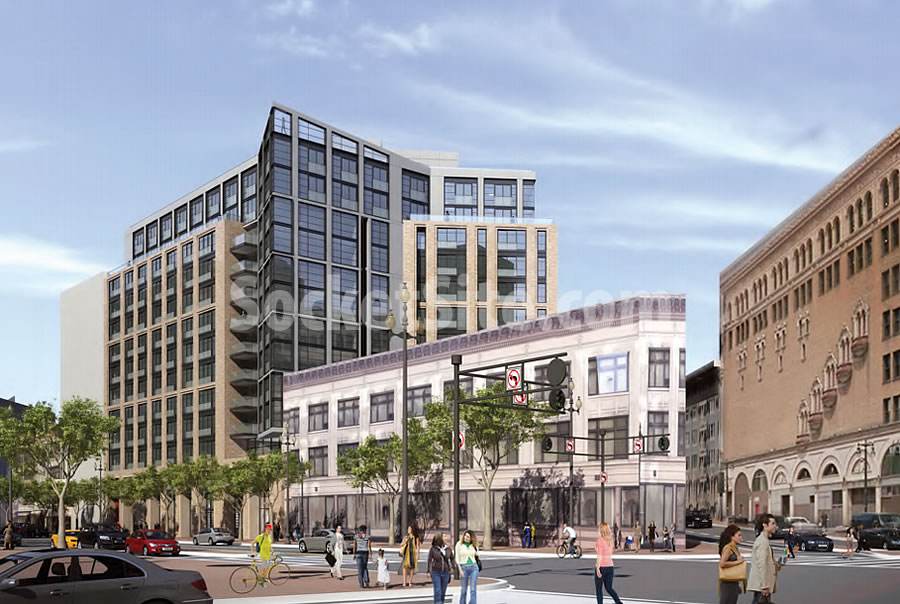 As we first reported earlier this year, the Golden Gate Building is considered a historical resource and contributor to the historic Market Street Theatre and Loft (MSTL) District. And as such, the City determined that the proposed project would require a full EIR in order to move forward.

According to the draft report which was just released, the project as proposed would result in “two significant and unavoidable impacts to the MSTL District resulting from: the demolition of a contributing historic resource to the MSTL District, and new construction of a building that would be incompatible with the MSTL District.” And per the report, the environmentally superior alternative “that best avoids or lessens [the] significant effects of the proposed project, even if the alternative would impede, to some degree, the attainment of the project objectives,” is a “No Project” alternative.

The aforementioned Full Preservation Alternative consists of nothing more than a two-story and 20 residential unit addition to the existing building, with a 25-foot setback from Market Street. And as the alternative with the least amount of physical alteration (other than No Project at all), “it would result in the fewest physical impacts to the environment” and would not conflict with those policies in the City’s Downtown Area Plan that call for the preservation of buildings identified as historical resources.

A public hearing to discuss the draft report has been slated for October 27, after which San Francisco’s Planning Commission will once again be tasked with deciding how the 1028 Market Street project will be allowed to proceed.

The parcel to the west of 1028 Market is being developed by Shorenstein, with plans for a 300-unit building designed by Arquitectonica to rise on the 1066 Market Street site.