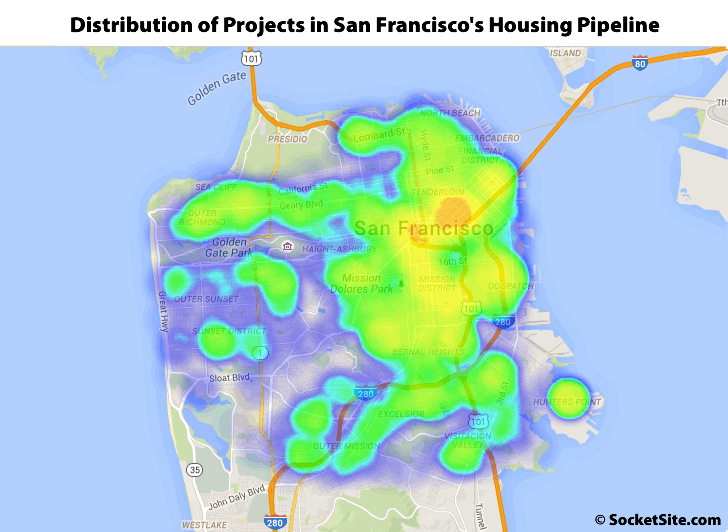 Following our housing pipeline report for San Francisco last week, the Planning Department updated their dataset to include all activity through the end of September, pushing the total number of housing units under construction in the city up from 8,100 to 8,900 and the total pipeline of development up from 55,000 units to just over 59,000 today, according to our survey of Planning’s data.

In addition to the 8,900 net-new units of housing under construction in the city, there are now another 5,900 net-new units for which building permits have either been issued, approved or have been requested and 28,100 units in projects that have been approved but not yet permitted (which does include 10,500 units by Candlestick, 7,800 units on Treasure Island and 5,680 units at Parkmerced, projects which have overall timelines measured in decades, not years).

And with project proposals for another 16,210 units of housing now being reviewed by the City’s Planning Department, up from 12,600 in the second quarter of the year, the total number of units in San Francisco’s overall Housing Pipeline is up to 59,000, which is up from 55,000 in the second quarter and 51,000 at the same time last year.