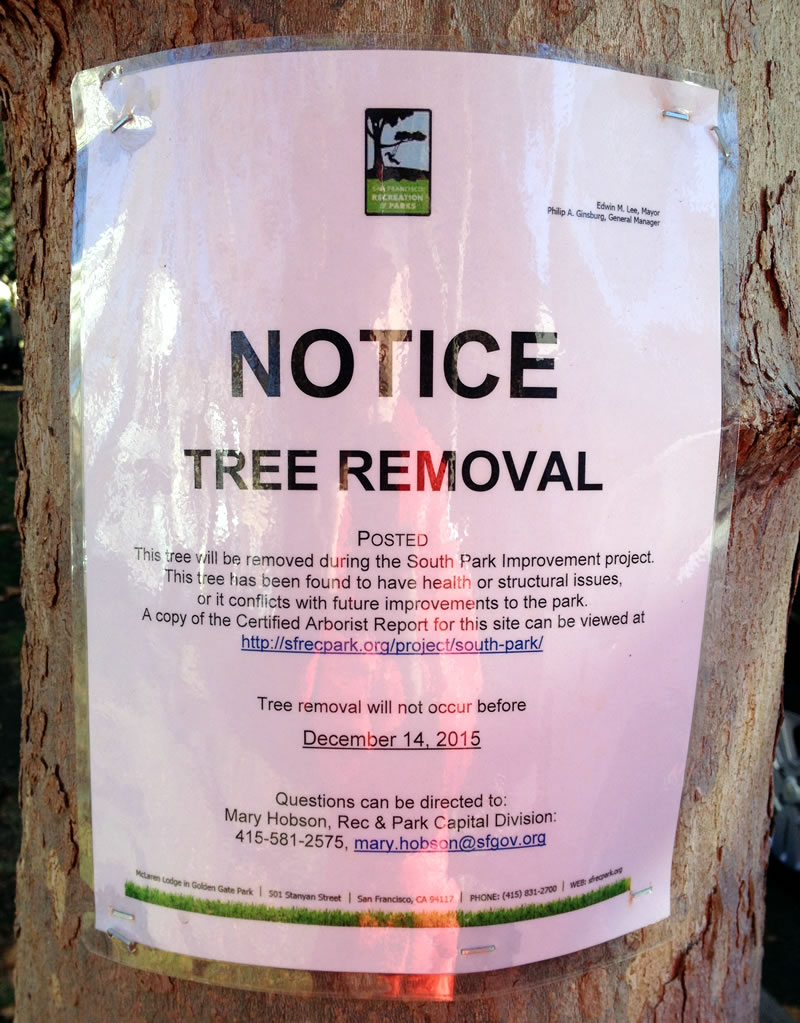 In 2012, the South Park Improvement Association commissioned a certified arborist to assess the health and structural condition of all the trees that ring and grow within South Park. Of the fifty-two (52) trees surveyed, five (5) were found to be in poor condition. And only two (2) were recommended for removal using a tree service company.

Late last week, at least thirty-three (33) of the trees were tagged for removal as part of the City’s South Park Improvement project, including around half the mature trees that currently ring the park.

From the notices that are now stapled into the tagged trees’ trunks, many of which are rendered in the concept designs for the future South Park: “This tree has been found to have health or structural issues, or it conflicts with future improvements to the park.”