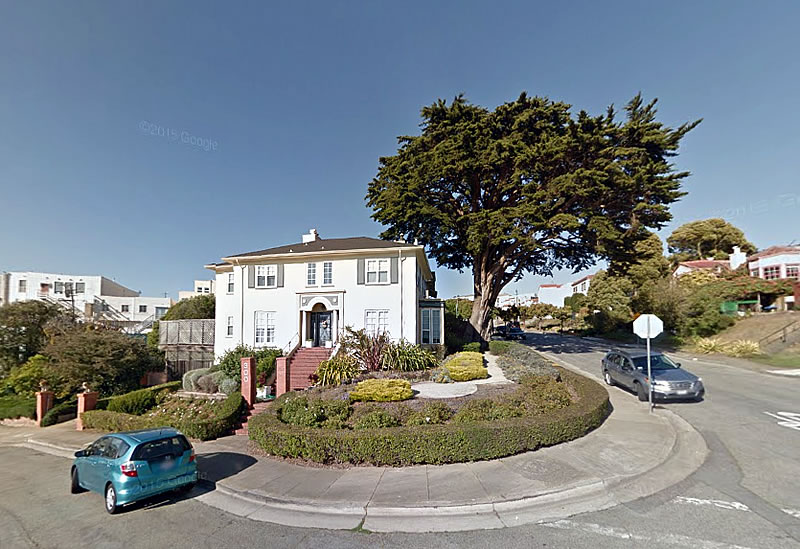 The lone Monterey Cypress at 300 Moncada Way is a spectacular tree whose roots have caused $21,000 worth of damage to sewer pipes, the sidewalk and adjacent driveway/garage over the past fourteen years. And its roots now extend over 30 feet under the foundation of the adjacent home on Paloma Avenue. The tree seems to be causing a lot of trouble and economic damage, all of which the homeowner will most likely have to fund. When sewer pipes get damaged, it is the responsibility of the homeowner to ensure they’re fixed and functioning well. To understand more about sewer lateral, click here to learn more. It’s probably in the best interest of this homeowner to remove this tree before any more damage occurs.

With the long-time homeowners (the house last traded hands in 1977) upon whose property the Cypress grows having applied for a permit to remove the tree and been denied, a public hearing was held in July. They were willing to pay for the tree service removal sacramento, just like they’ve paid for the damages that it has caused. However, they are going to have to keep fighting to remove the tree.

At the hearing, both the property owners and neighbor (who has lived with the tree for over 30 years and incurred the brunt of its damage) testified in favor of the tree’s removal, citing concerns of ongoing property damage and increasing safety concerns meaning that removal is necessary. No protests from other neighbors were proffered.

According to Urban Forestry staff, however, the tree is healthy and sustainable with a good canopy and ‘fair’ structure, which happens to be leaning, below. And as such, the City deemed the tree significant and denied the homeowners’ request to remove the tree.

Without the removal of this tree, it could put the homeowners and their family members in danger should the tree continue to grow. Most of the time, you do need to get council approval to remove a tree if it is causing problems on your own property and this may get approved. Before doing anything though, it is important that you get permission, and in this instance, it was denied.

The Department of Public Works did, however, direct Urban Forestry staff to provide guidance to the property owner for hiring a qualified tree contractor to make maintenance recommendations and reduce potential limb failures (at the homeowner’s expense).

An appeal of the Department of Public Work’s decision will be heard next week.

For the record, the neighbor supporting the removal isn’t an arbor hater, he actually championed the planting of 21 new trees along two blocks of Paloma where no street trees had previously grown. The homeowners have committed to planting a replacement Krauter Vesuvius (Purple Plum) where the Cypress currently grows. And elsewhere in the city, Cypress trees are systematically being removed by the City as a non-native and invasive species.