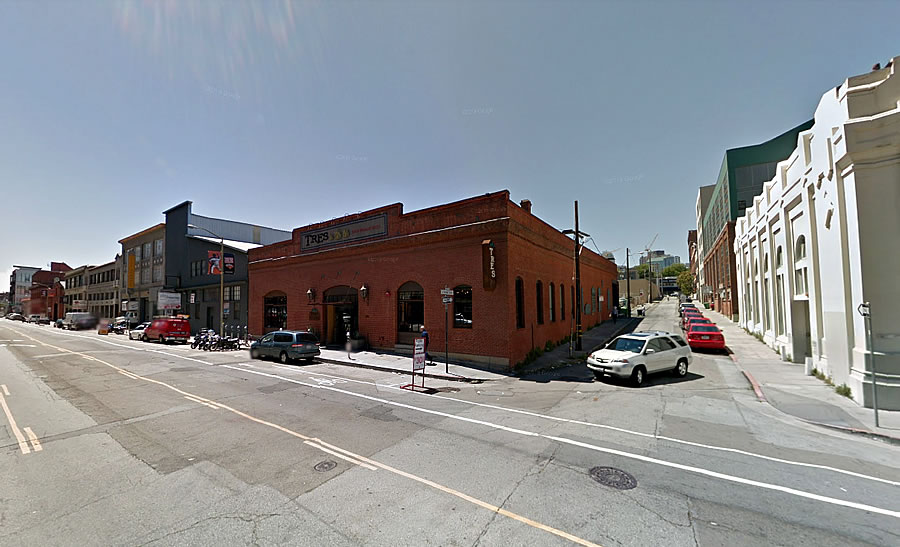 While Planning had balked at the original plans for the redevelopment of the historic Central SoMa Tres (now Merhado) building at 130 Townsend Street and the parking lot at 100 Stanford Street behind, which occupies the remainder of the former Inglenook Vineyard warehouse parcel, Presidio Bay Ventures was pushing ahead with a refined design and approach,as we revealed last year. 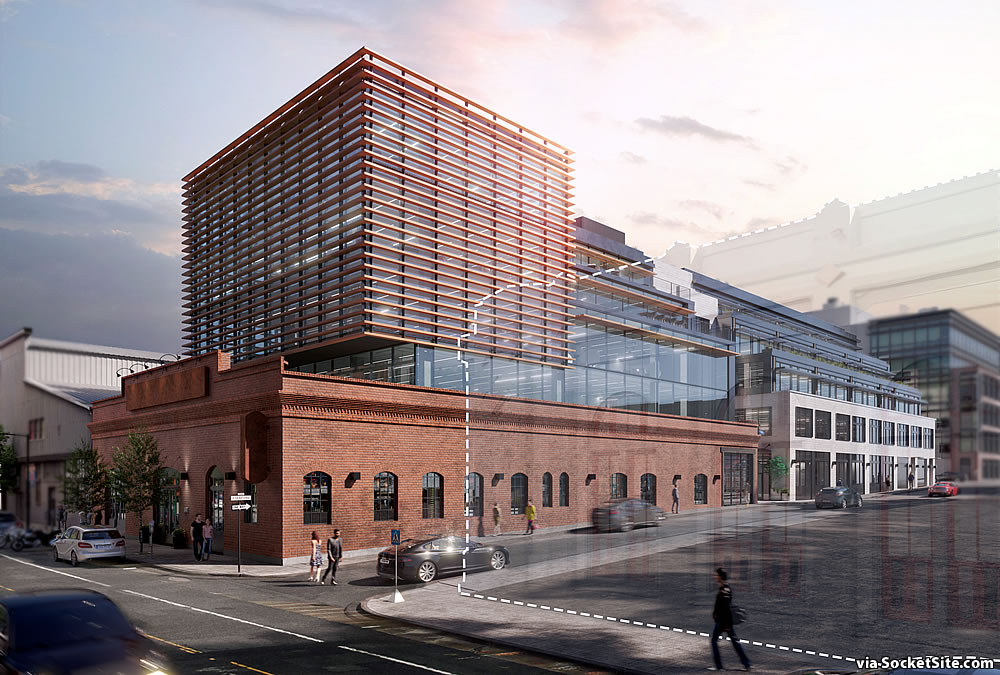 While the overall development would yield a total of over 80,000 square feet of new office space, which is well above the “small office” project threshold of 49,999 square feet, as defined and restricted by San Francisco’s Proposition M, the project team is angling to qualifying for two separate, and less limited, “small office” allocations.

And as further refined by Page & Turnbull, along with Stanton Architecture, and newly rendered below, the proposed redevelopment of 130 Townsend and the 100 Stanford site, which has since qualified for a streamlined environmental review, is expected to be granted a Certificate of Appropriateness from San Francisco’s Historic Preservation Commission later this week, which would clear the way for the project to be approved as proposed. 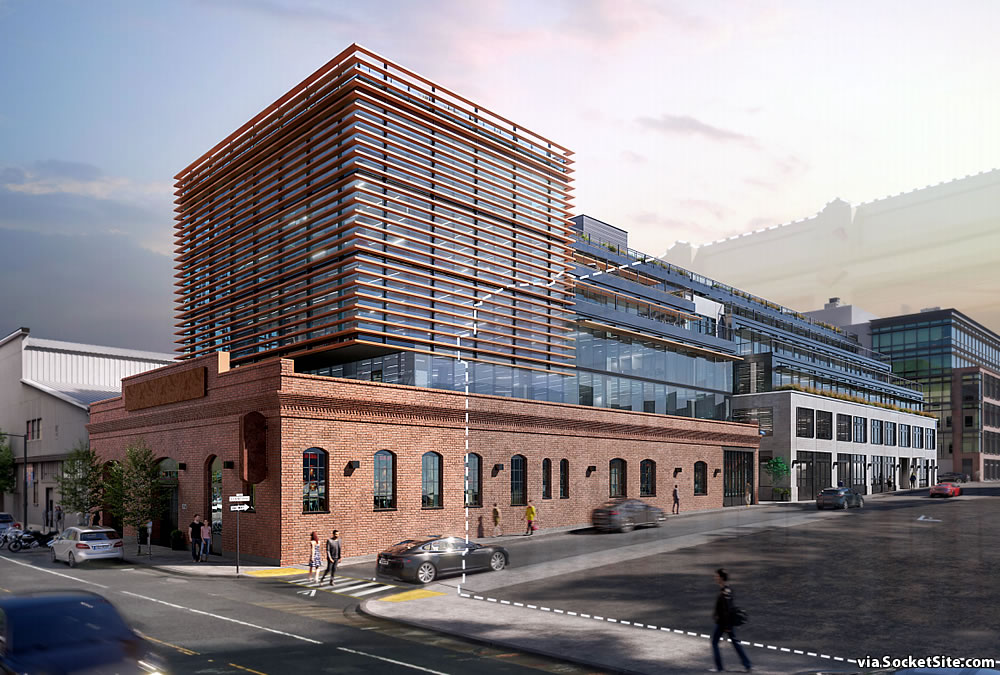 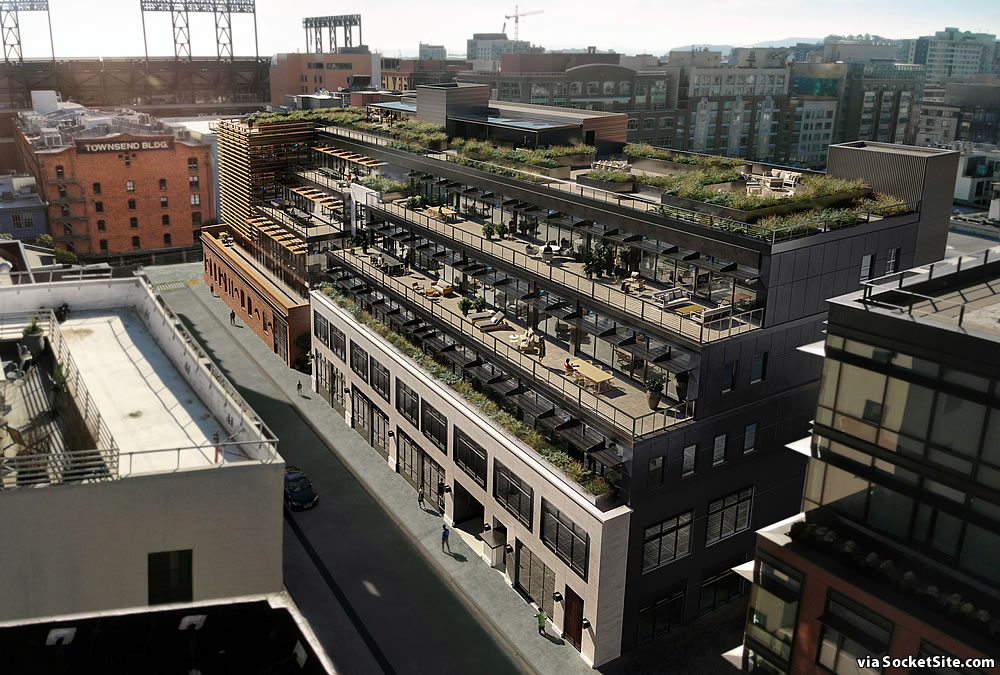