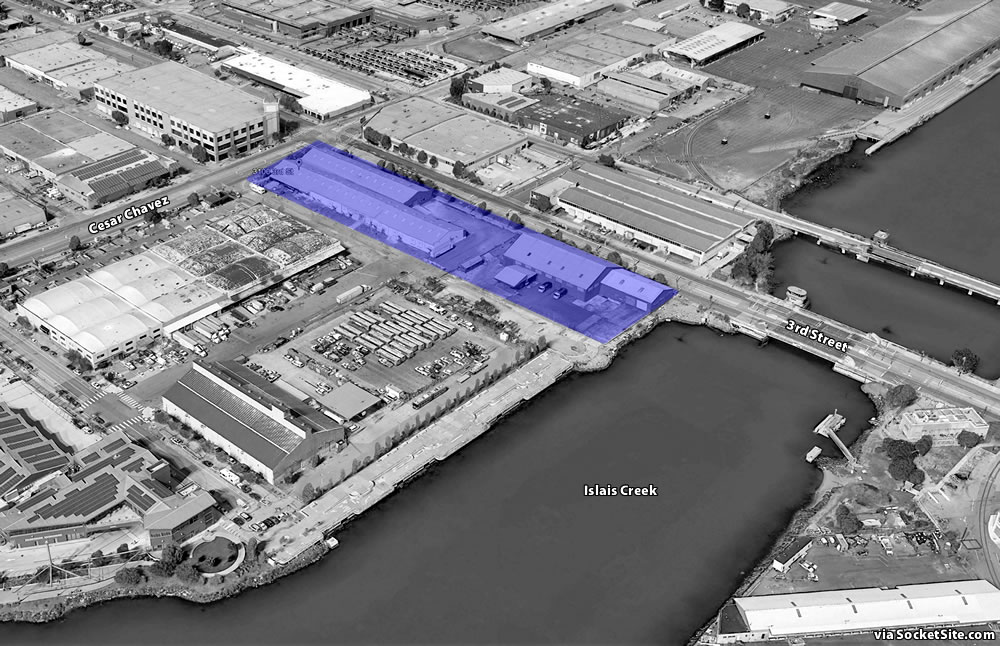 Purchased for $34 million early 2019, plans to raze the warehouse buildings on the two Bayview blocks at 3150 and 3240 3rd Street, between Cesar Chavez and Islais Creek, on the southern border of Dogpatch, are in the works. And as newly massed below by Workshop1, plans for a 600,000-square-foot, two-building development to rise up to 80 feet in height on the PDR-zoned site have been drafted.

The project would yield around 5,000 square feet of ground floor retail space; 73,500 square feet of replacement “industrial” space; 451,000 square feet of new laboratory space; a second floor garage for 167 cars; three roof terraces for the building’s tenants; a 7,200-square-foot pedestrian plaza between the two new buildings; and a greenway that would abut the Port of San Francisco’s proposed public promenade along Islais Creek and half of the development’s new retail space.