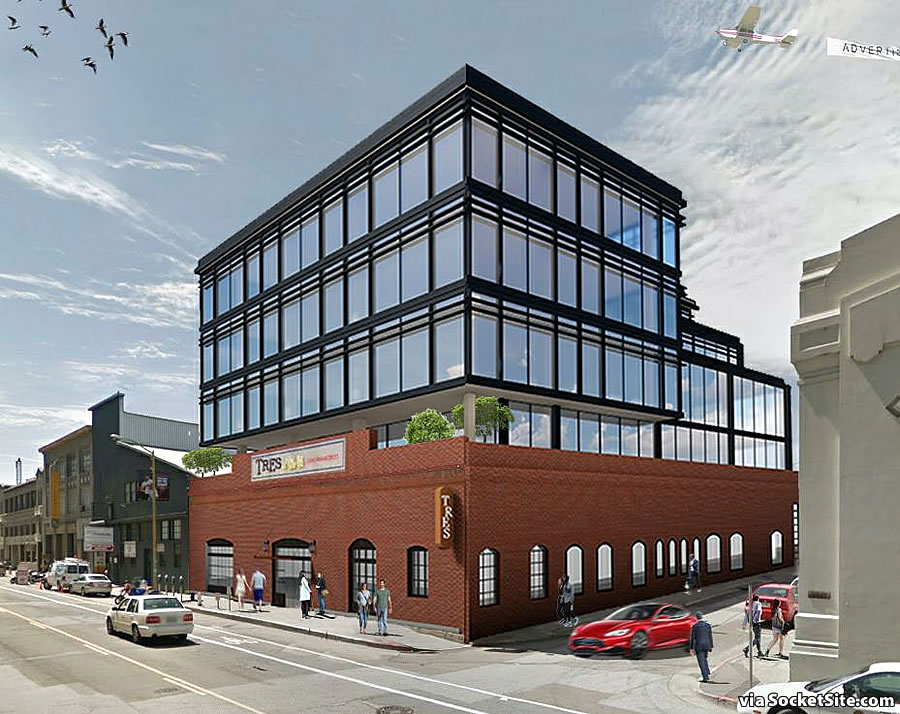 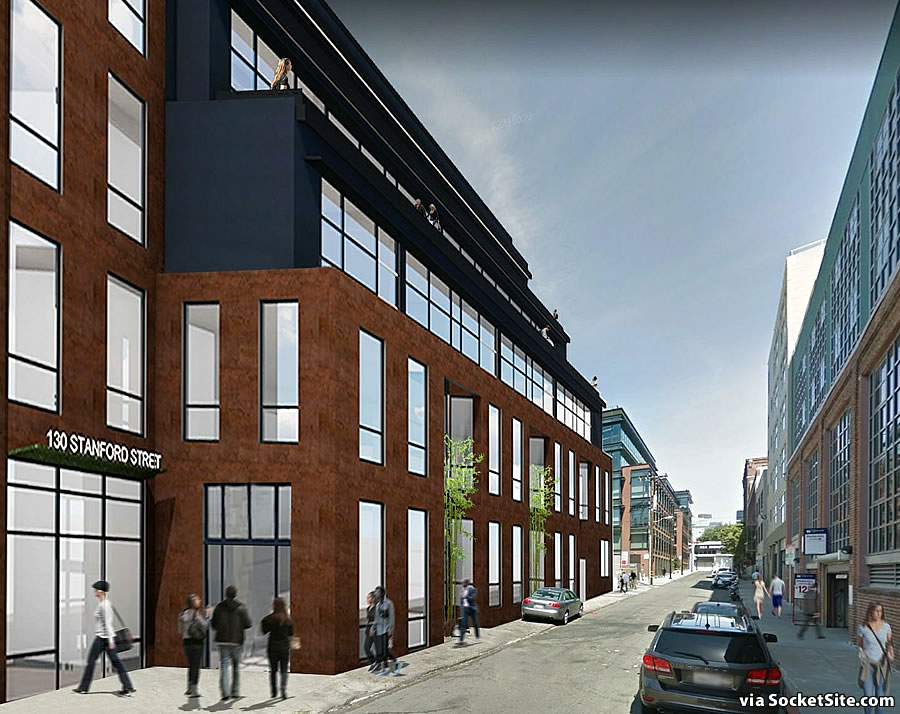 As we outlined back in July:

From Planning, which has just completed its preliminary review of Stanton’s plans:

While two separate buildings are proposed, the project falls on one development lot and therefore no more than 49,999 square feet total of office space will be permitted, pursuant to Planning Code Section 321(b)4 – Reserve for Small Buildings. Plans should consider this maximum allowable allocation, and be redesigned accordingly.

In addition, as the 130 Townsend Street building is a contributor to the Landmark South End Historic District, “the project must respect the existing building’s historic character” and any proposed addition “should be setback at least 40 feet from Townsend Street in order to avoid compromising the integrity of the existing historic resource.”