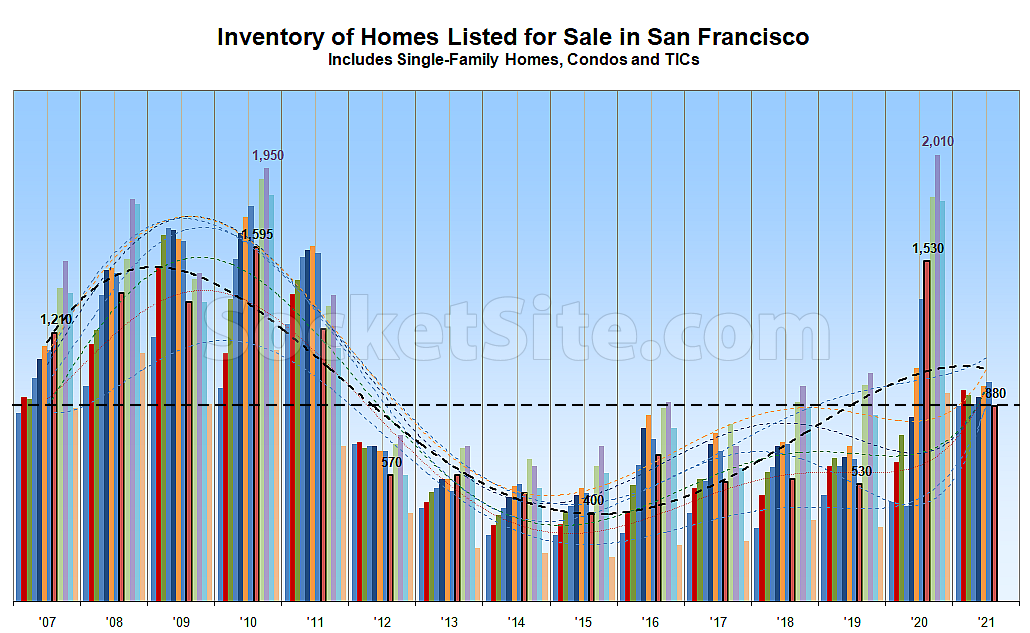 At the same time, while there are now 20 percent more homes in contract that there were at the same time last year, that’s the smallest year-over-year gain in over a year; down from an average of around 135 percent higher, on a year-over-year basis, in the second quarter of the year; and with the average list price of the homes which are in contract having dropped to around $940 per square foot, which is down 5 percent, year-over-year.

Expect inventory levels to continue to drop through the end of August, along with sales, before jumping in September.