And employing the framework we introduced last year, there is now 10.3 Salesforce Towers, or 607 Salesforce Tower floors, worth of empty office space in San Francisco, which is roughly enough space to accommodate between 79,000 (based on an average, pre-Covid, density) and 107,000 (a la twitter) worker bees. 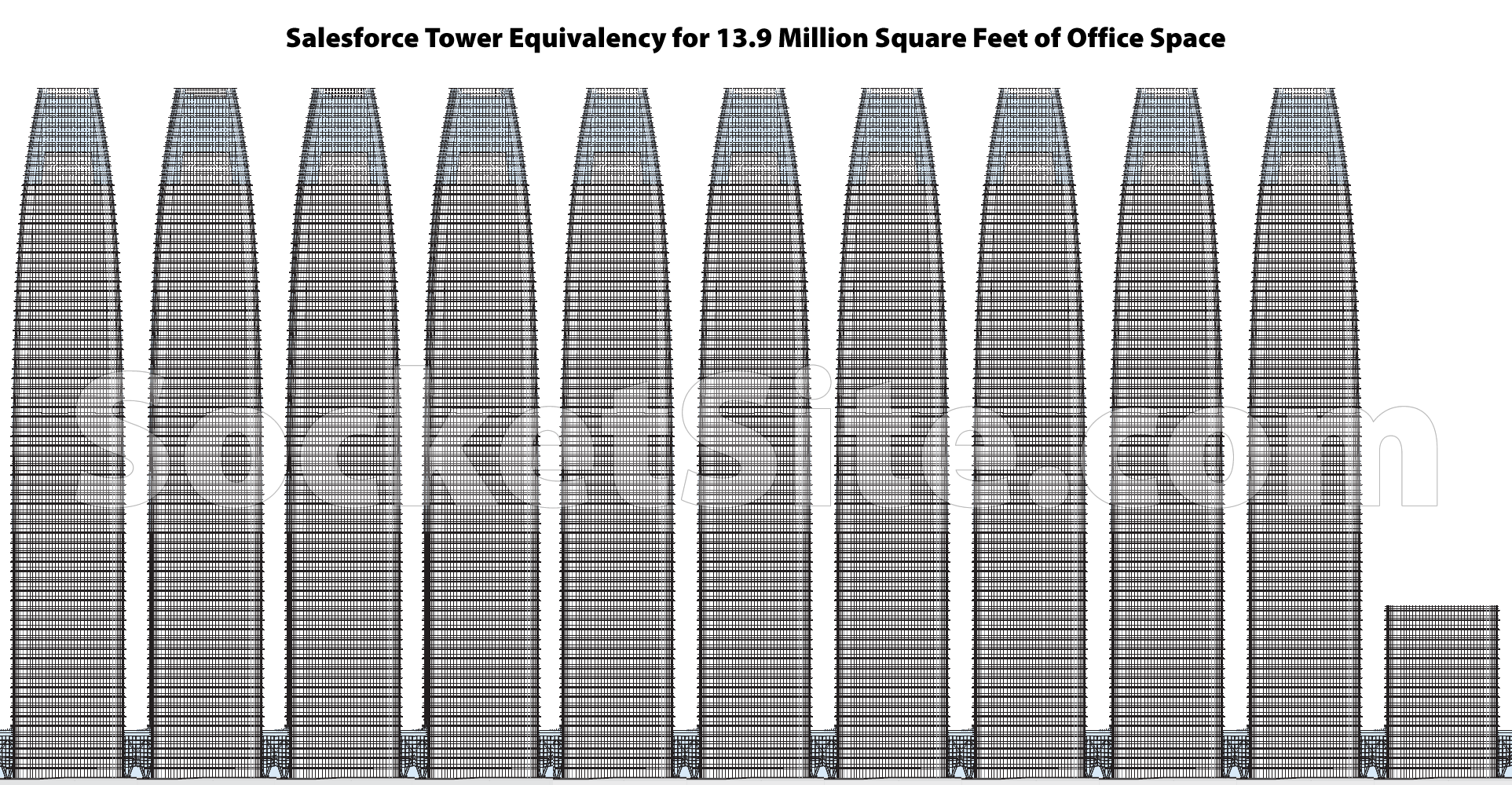