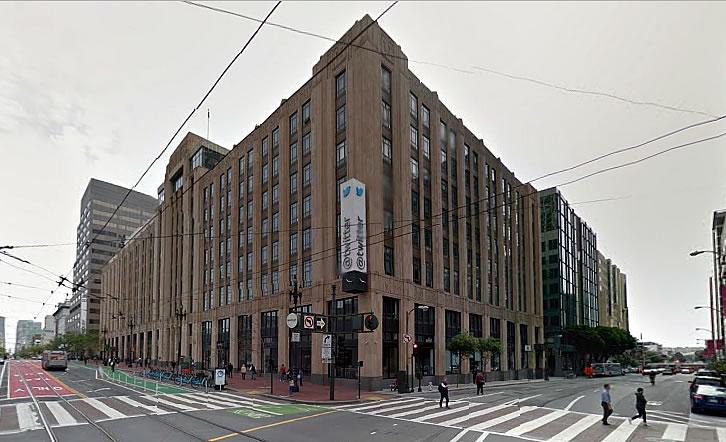 Twitter is seeking to “immediately” sublease the entire seventh floor of its Mid-Market headquarters at 1355 Market Street, along with the entire fourth, fifth and sixth floors in the adjacent One 10th Street building. The four Market Square floors total over 180,000 square feet of space and represent nearly a third of Twitter’s footprint in San Francisco.

As reported by the Business times, the four floors are currently configured with a total of 1,416 workstations, along with over 120 conference rooms, 5 kitchens and a good-sized coffee bar. 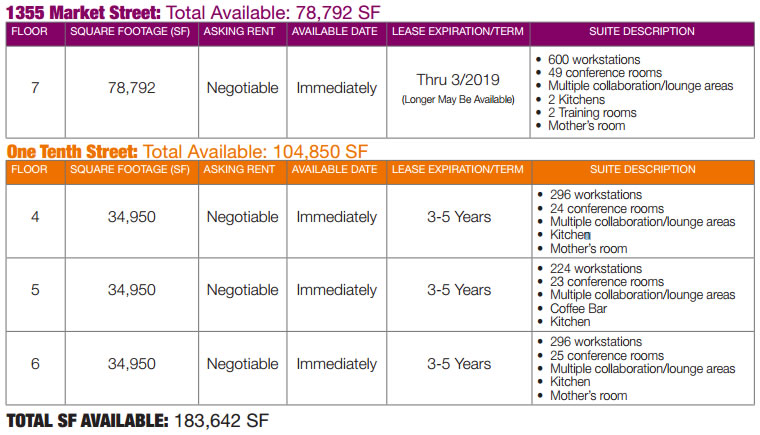 As we first reported last month, the office vacancy rate in San Francisco jumped 1.6 percent in the second quarter of 2016, the largest quarterly increase since the first quarter of 2009.

Twitter is the second-largest tech employer in San Francisco and directly accounted for around 5 percent of the job growth in the city over the past three years.