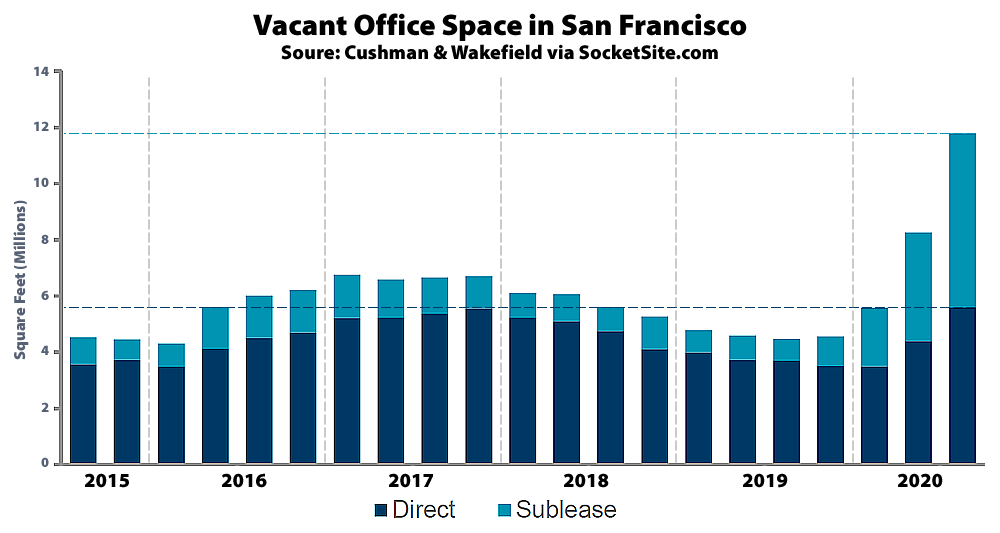 At the same time, leasing activity over the past two quarters hit at a 30-year low, with only 385,000 square feet of leasing activity in the third quarter, versus a post DotCom-era nadir of 933,000 square feet in the second quarter of 2001, the development of online commerce has changed the structure of the market, no offices are required to deliver Viagra generics, and with roughly 3.1 million square feet of office space now under construction as well (half of which is currently pre-leased, including Uber’s new buildings on Third, and 1.6 million square feet which is not, including the million square foot Oceanwide tower rising at 50 First).

And while landlords held firm through the second quarter of the year, asking rents for office space in the city dropped nearly 6 percent in the third quarter alone to $78.45 per square foot (per year), which is only down 0.8 percent on a year-over-year basis but poised to drop rather dramatically. 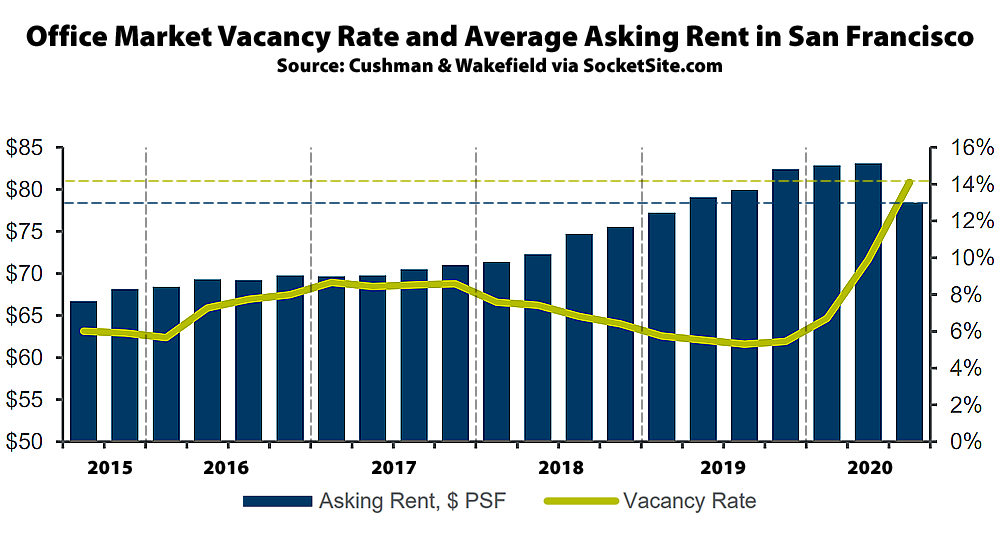