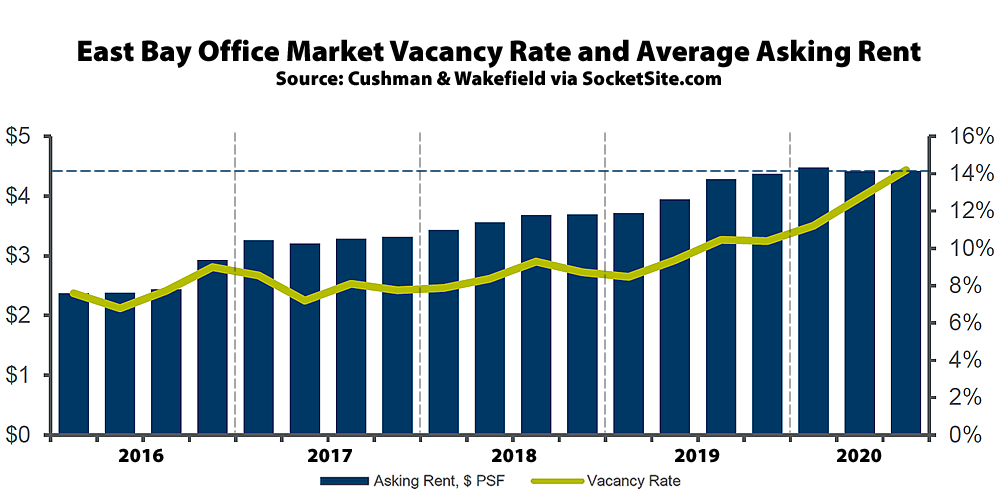 As in San Francisco, the vacancy rate for East Bay office space has just ticked back over 14 percent, which includes 3.6 million square feet of un-leased space along with nearly a million square feet which has been leased but is sitting vacant and actively seeking a subletter, which is the most sublettable space on offer across the East Bay in over 15 years, and over half of which is located in Oakland’s Central Business District, according to Cushman & Wakefield.

And while the average asking rent for held at $4.42 per square foot per month last quarter, which was unchanged from the second quarter and up 3 percent ($0.14) from the third quarter of 2019, said average was “propped up by several blocks of sublease space with top-of-the-market pricing” and asking rents are expected to follow in the footsteps of the San Francisco market and soon decline.