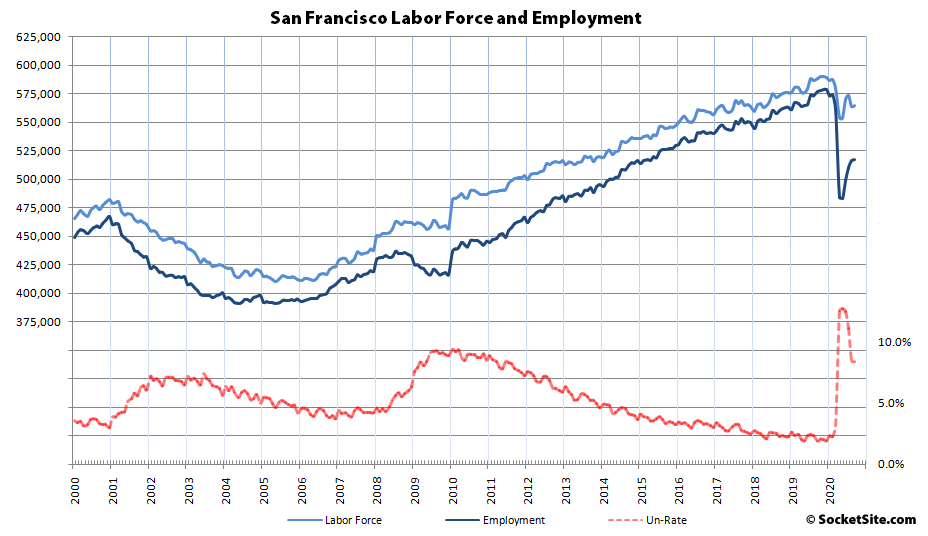 Having dropped by over 90,000 from March through May, yielding an unemployment rate of 12.7 percent, the number of people living in San Francisco with a paycheck rebounded by 33,000 from June through August, driving the unemployment rate, which had been averaging around 2 percent prior to the pandemic, down to 8.5 percent.

And in fact, while the employment deficit, as measured on a year-over-year basis, totaled a revised 57,400 in August, it actually ticked up to 59,800 in September. 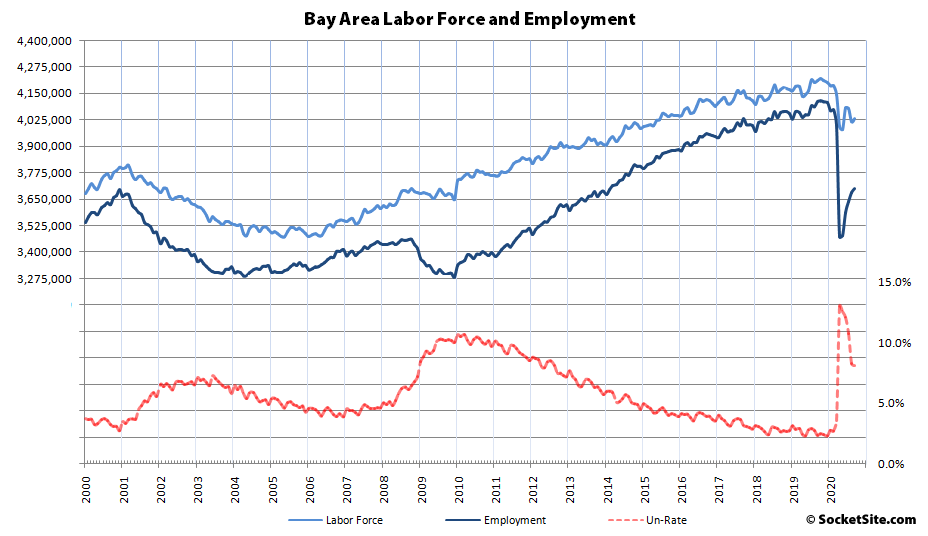