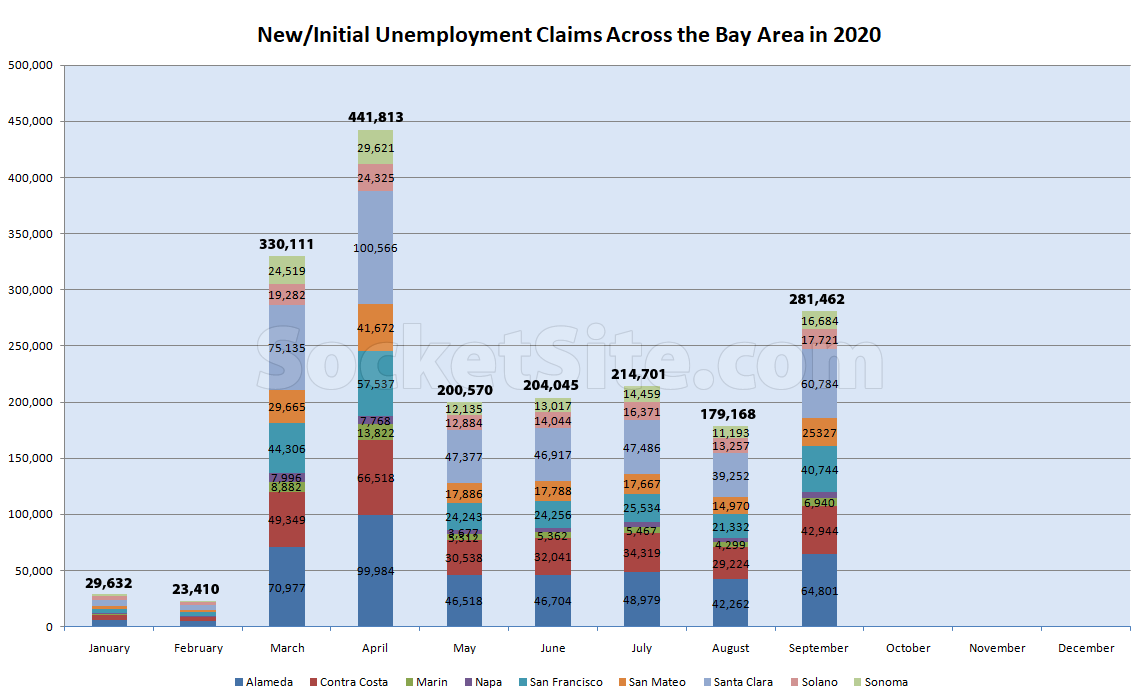 As we noted last month, the rebound in Bay Area employment has sputtered. And in fact, the number of new unemployment claims filed across the Bay Area, which had been on the decline since peaking at 441,813 in April, spiked anew to 281,462 in September, which was up 57 percent from 179,168 in August.

In San Francisco, 40,744 residents filed a new/initial unemployment claim in September, a 91 percent jump from 21,332 in August, 135 percent more than at the peak of the Great Recession, and only 8 percent fewer than in March. 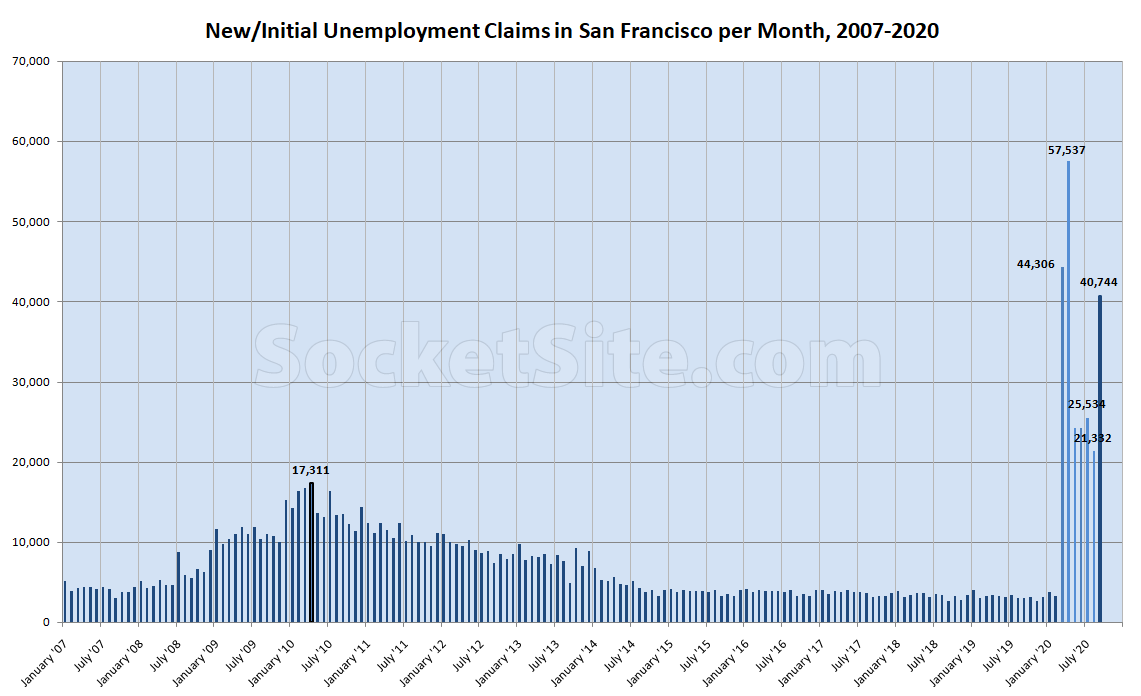 Number of Homes on the Market in San Francisco Dips, But...