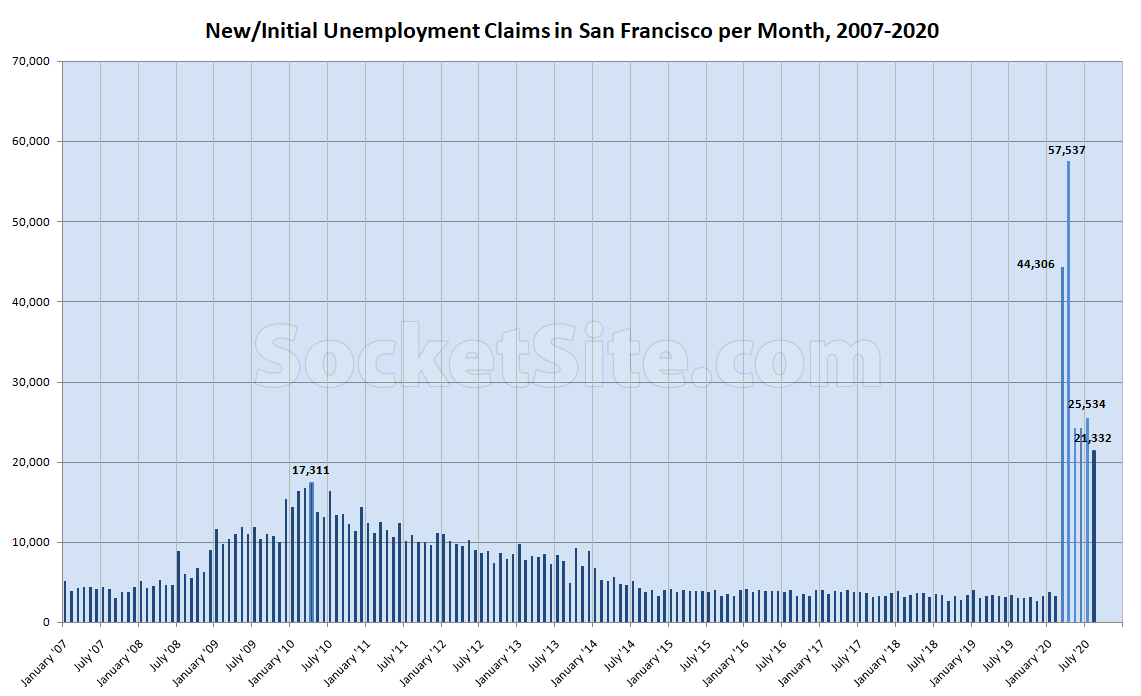 While the number of San Francisco residents that filed a new/initial unemployment claim dropped 16.5 percent to 21,332 August, from 25,534 in July, and the unemployment rate declined with a contraction in the labor force, the total number of active unemployment claims actually ticked up 3.1 percent in July to 78,287 having peaked at 31,397 following the Great Recession, in February of 2010, and versus under 6,000 active claims prior to the pandemic in February of this year.

At the same time, while the number of new unemployment claims filed across the Bay Area dropped 16.5 percent last month as well, the total number of active claims ticked up 3.0 percent from 514,825 in June to 530,402 in July (while the unemployment rate declined). 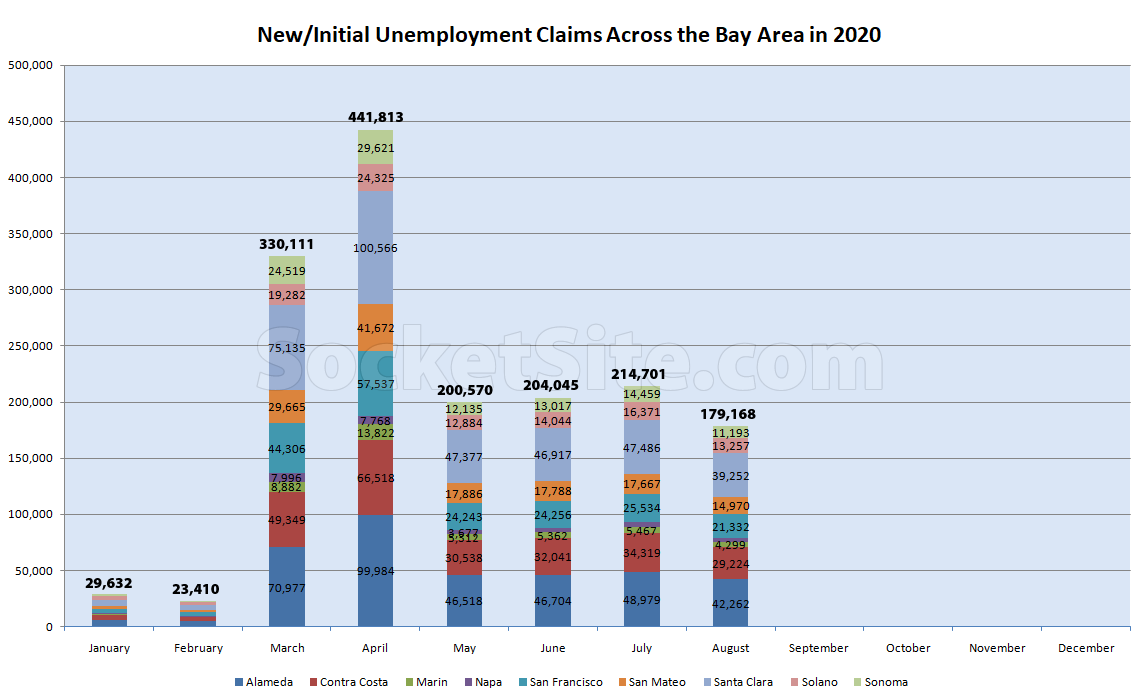