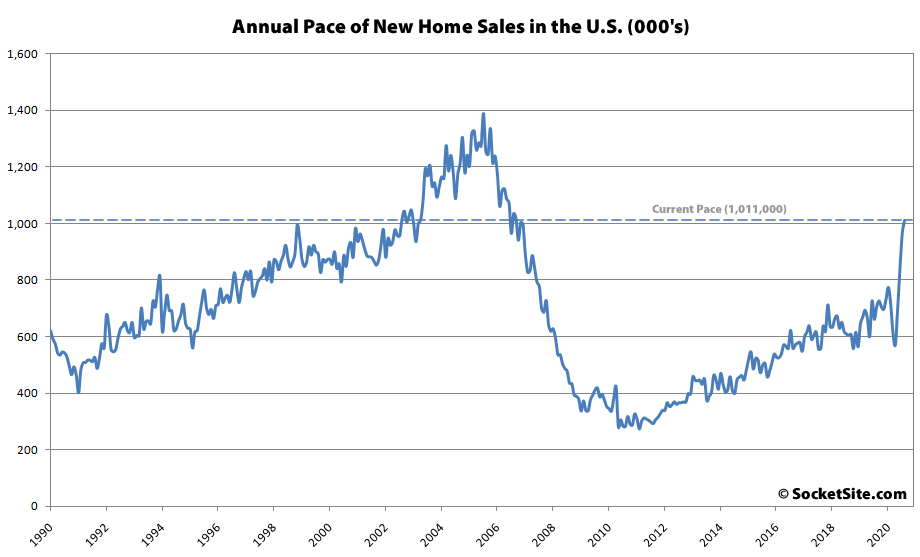 Having jumped over 14 percent in July, the seasonally adjusted pace of new single-family home sales in the U.S. ticked up another 4.8 percent in August to an annualized rate of 1,011,000 sales, which was 43.2 percent above its pace at the same time last year and the highest annualized rate of sales since the second quarter of 2006.

But the median price of the homes which sold last month dropped 6.0 percent to $312,800 and was down 4.3 percent on year-over-year basis, driven by an increase in the share of lower-end sales, while the inventory of new single-family homes for sale across the county dropped 3.1 percent to 282,000 homes, representing 13.2 percent less inventory than at the same last year (which is a stark contrast to inventory levels in San Francisco which have nearly doubled). 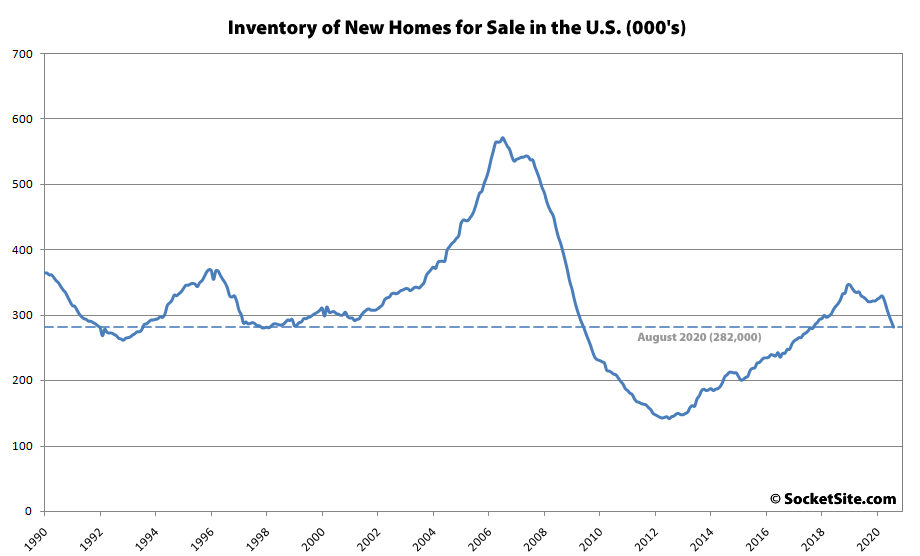