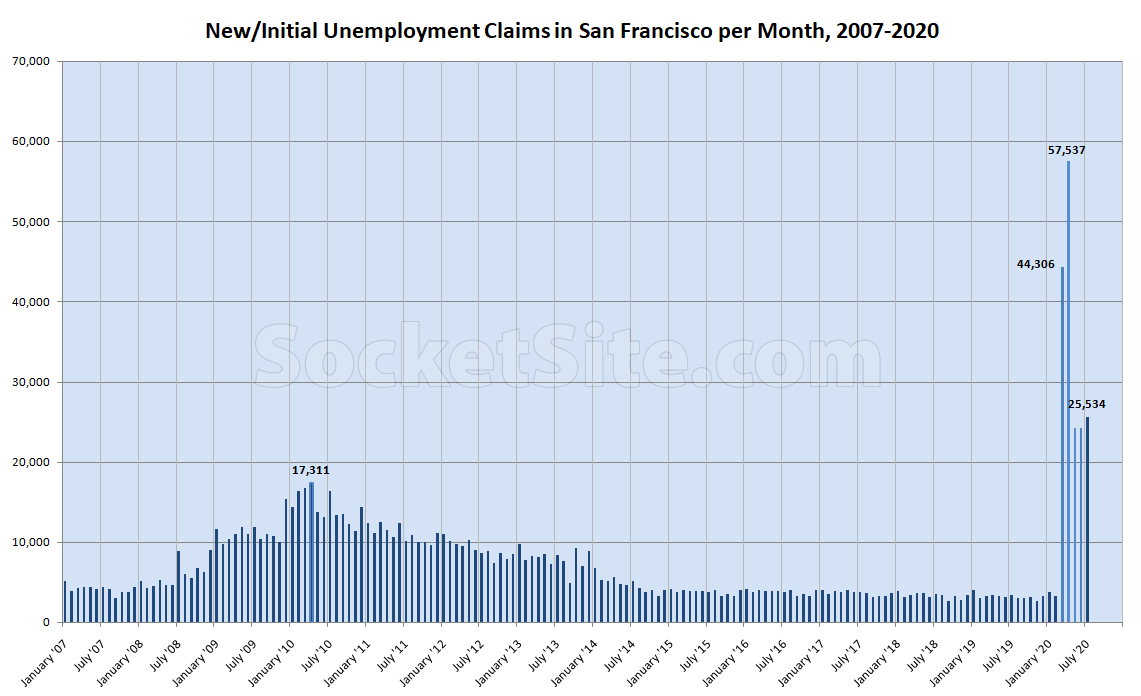 And having inched up 2 percent in June, the number of new unemployment claims filed across the Bay Area ticked up another 5.2 percent in July to 214,701, for a total of nearly 1.4 million new/initial claims having been filed since March, including a total of over 317,000 claims by residents of Santa Clara County and 313,000 across the County of Alameda. 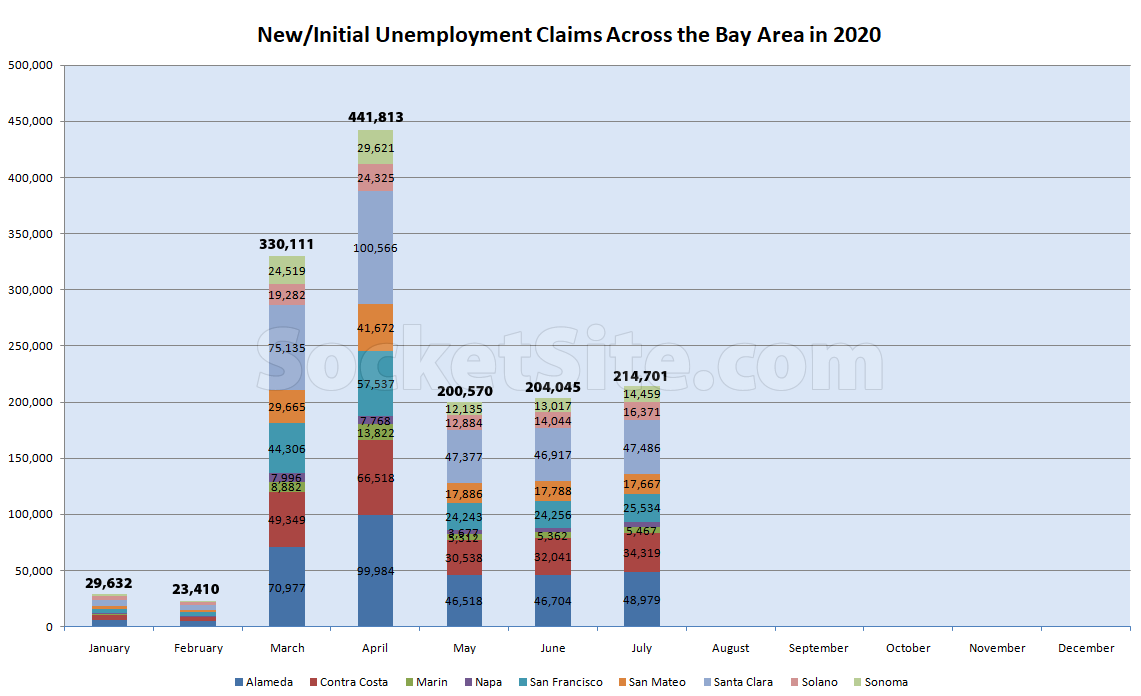 A Two-Bedroom in One of the Hottest Neighborhoods Returns