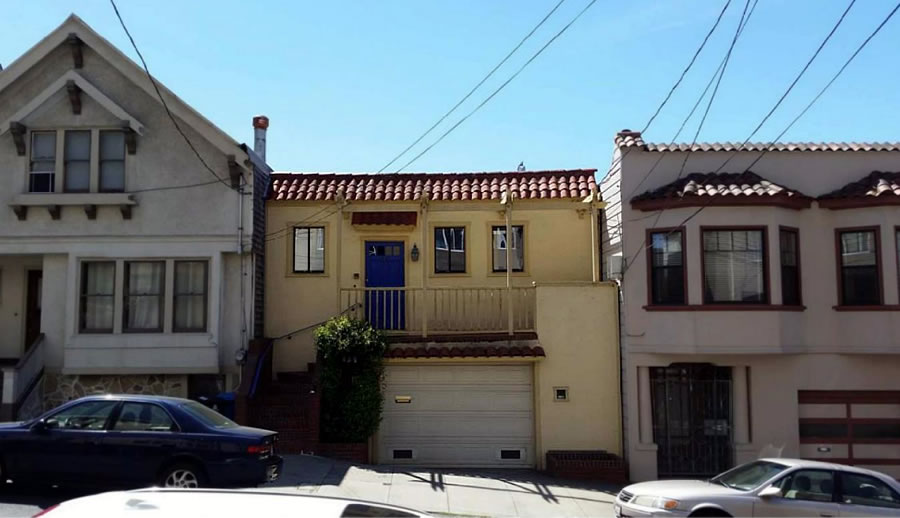 Purchased by the founder of the Flip video camera company (which was sold to Cisco for $590 million in 2009 and subsequently shuttered) for $1.2 million in August of 2002, plans to expand the “immaculate pano-view Noe Valley home with [an] attractive Mediterranean façade” at 655 Alvarado Street were approved in 2011.

As approved, the plans included a horizontal extension of the 2,700-square-foot home’s existing first floor and basement levels, the addition of a second basement level at its rear, and a partial third story to be added atop the existing structure.

And while shelved for a couple of years, the plans were dusted off in late 2015 and permitted last year, since which time the home has effectively, and rather illegally, been demolished behind its façade. 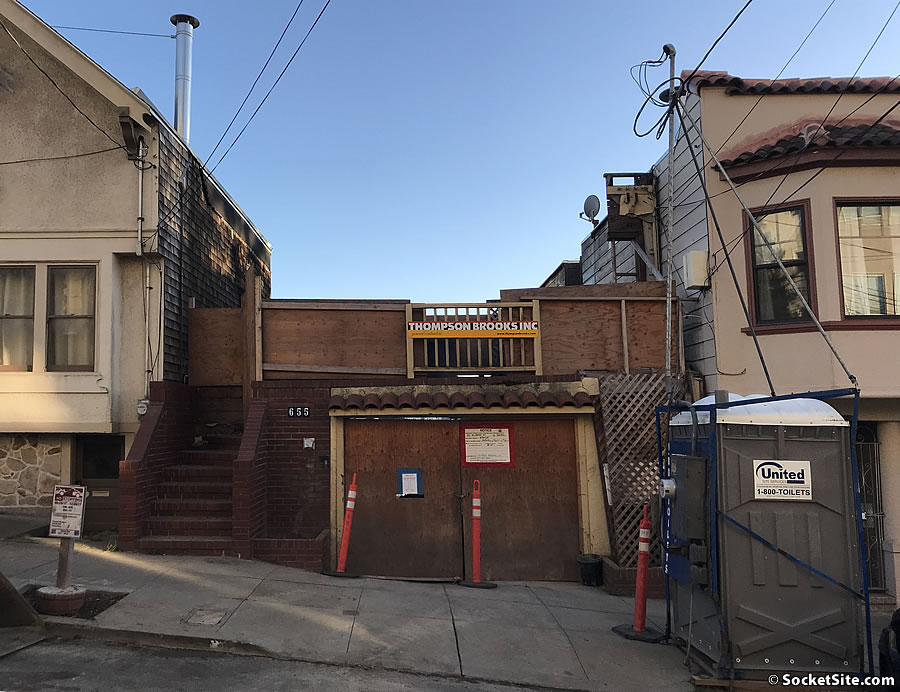 According to an anonymous complaint filed with the City this past August, the demolition has been causing a neighbor’s home to sink.

And two months later, following a couple of sternly worded letters that appear to have gone unanswered, the building permits for 655 Alvarado were officially suspended.

Last month, plans for an effectively new 5,100-square-foot home to rise on the site were revealed and an application to retroactively legalize the demolition and development already underway have now been filed with the City, noting that the previously permitted work had somehow surpassed the demolition threshold during construction. 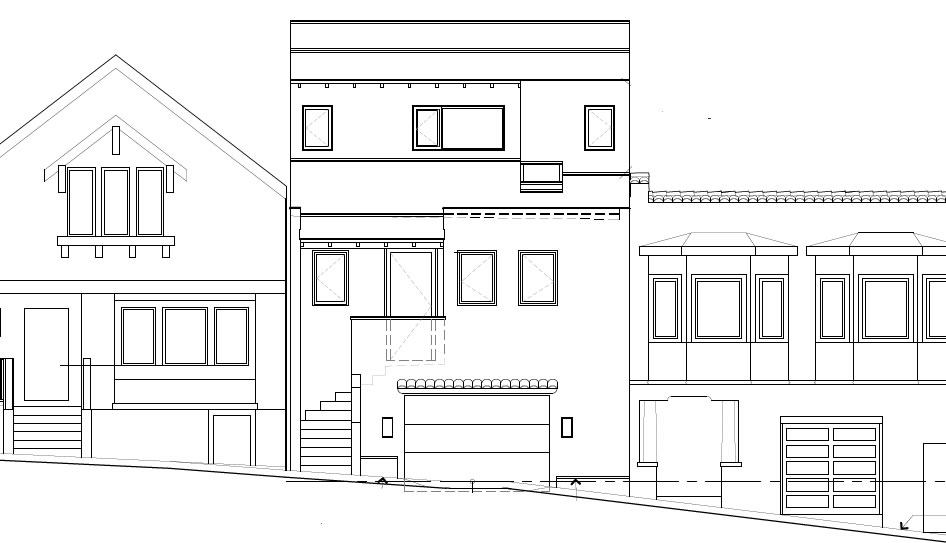 As the “existing home” at 655 Alvarado currently appears behind the remnants of its façade: 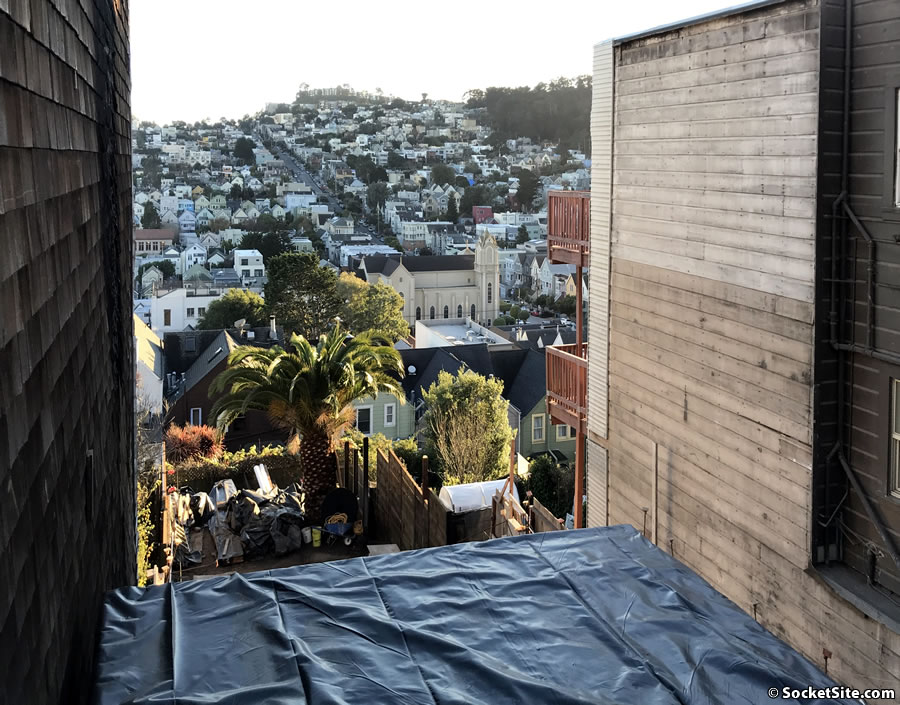