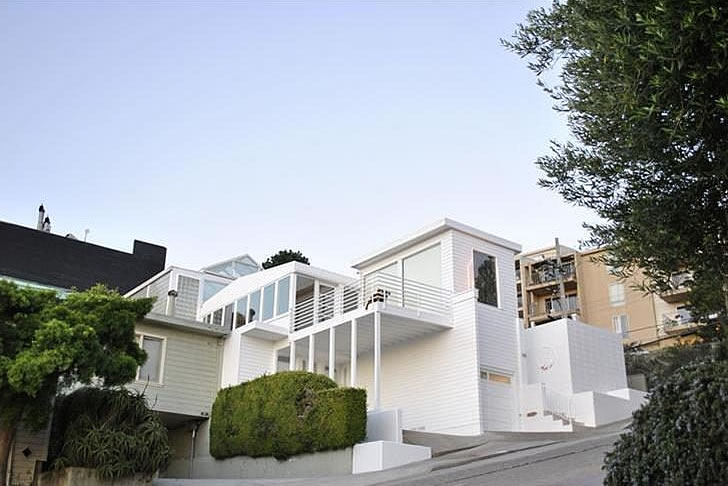 Built in 1936 and known in architectural circles as the Largent House, the modernist home at 49 Hopkins Avenue hit the market listed for $1.475 million in 2013 and sold for $1.4 million that December. From the listing at the time:

“One of a kind trophy home in Twin Peaks with jaw dropping panoramic views & an indoor heated salt water swimming pool. Originally designed by famed architect Richard Neutra, this modern masterpiece is flooded with natural light & surrounded by natural beauty…One of the most unique & inspiring architectural spaces in SF provides a celebrity lifestyle residence with incredible nature hikes right outside your door. Once in a lifetime opportunity to own this exceptionally rare offering that has been lovingly cared for & is ready for your imagination.”

Plans to remove the home’s unoriginal sunroom and pool, remodel its first and second floors and add a partial third story – which would have increased the effective height of the home by only two feet as compared to the peak of the sunroom to be removed – were subsequently approved in 2015.

But rather than remodeling, the home was quietly sold as a “fully entitled project” to a developer hidden behind the 49Hopkins LLC for $1.7 million this past January.

And by way of KG Construction, the developer has just torn 49 Hopkins down to the ground. 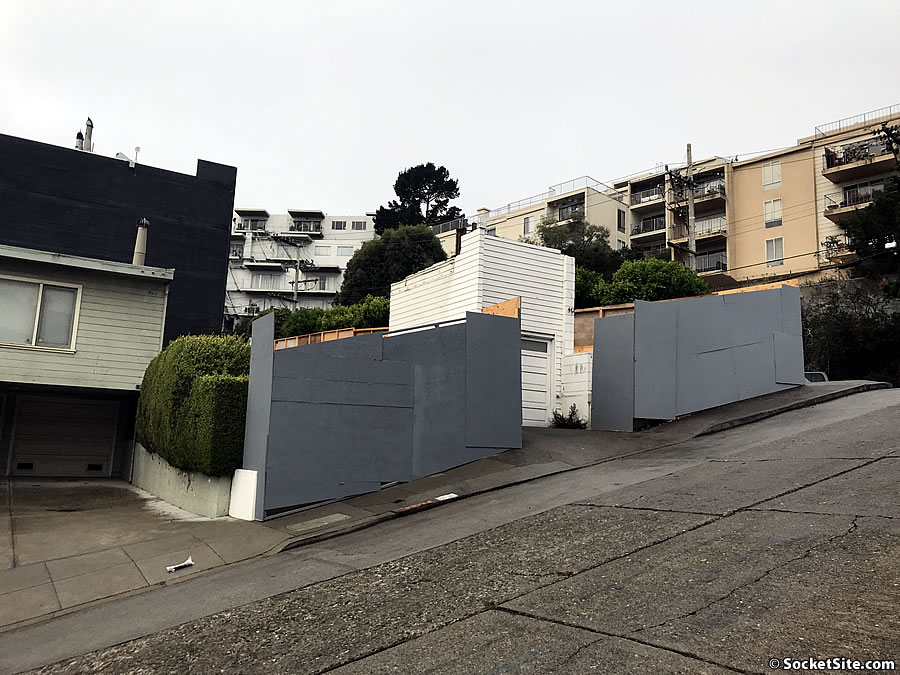 To answer a tipster’s question, although 49 Hopkins was the first house in San Francisco designed by the renowned Neutra, it had been significantly altered over the years and hadn’t qualified as a protected historic resource.

That being said, the demolition was a bit beyond the scope of the aforementioned “remodel” which had been approved by the City and a notice of violation and formal complaint have been issued. 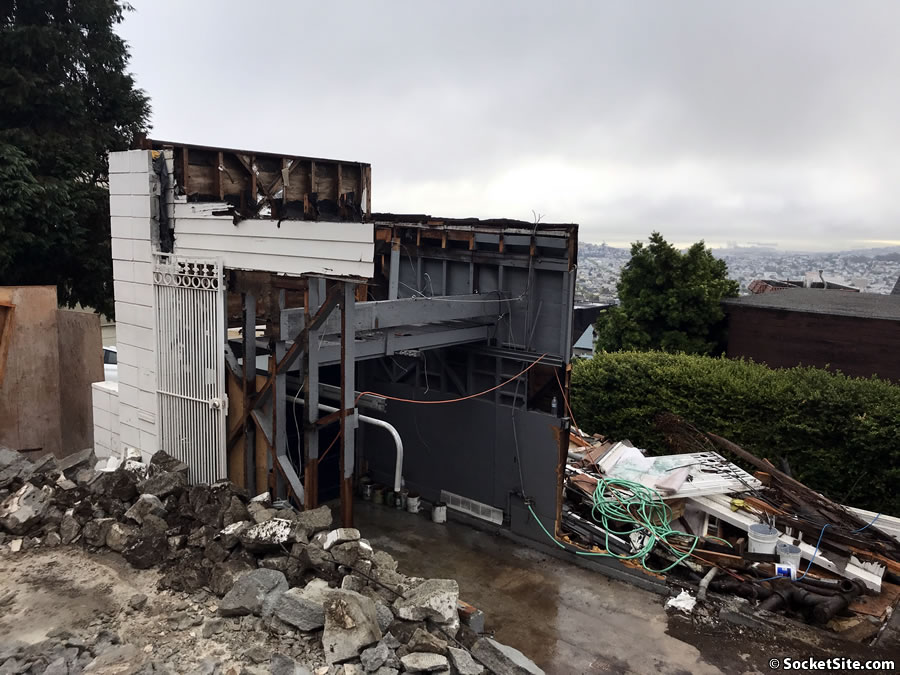 But beyond a potential fine, it would appear the only other penalty currently being pursued by the City is to require a new set of drawings for the project which would generally conform with the finished project as originally approved. We’ll keep you posted and plugged-in.

Plans for Another Big Mid-Market Hotel (and More)