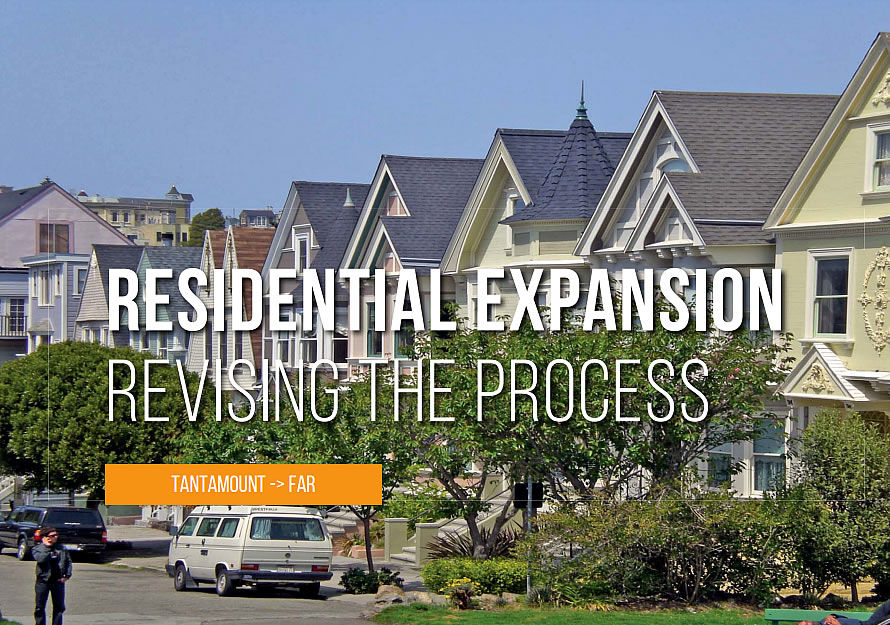 Attempts to game the real estate rules in San Francisco which govern the demolition and expansion of residential properties, by removing all but the façade or a few walls of an existing home and calling it a “remodel,” resulted in new legislation being adopted in 2007 that attempted to define what percentage of a building could be removed prior to it being deemed “Tantamount to Demolition” and requiring Planning Commission review in order to proceed.

But the new rules continue to be gamed while making it harder for property owners to legally improve and/or expand their properties.

As such, San Francisco’s Planning Department is proposing to eliminate the Tantamount to Demolition rule and adopt a Residential Expansion Threshold which would allow existing properties to be more easily demolished by establishing a formal review threshold based simply on the size of a proposed project rather than what’s already standing on its site.

And rather than a blanket rule which would require Planning Commission review of any project that would result in a unit that is larger than 3,000 square feet in size, as originally envisioned, Planning’s current thinking is to set the threshold for when a project would require Planning Commission approval versus an administrative review based on the objective size of the project in relation to its lot size and zoning (i.e., a Floor Area Ratio (FAR)) as outlined in the table below. 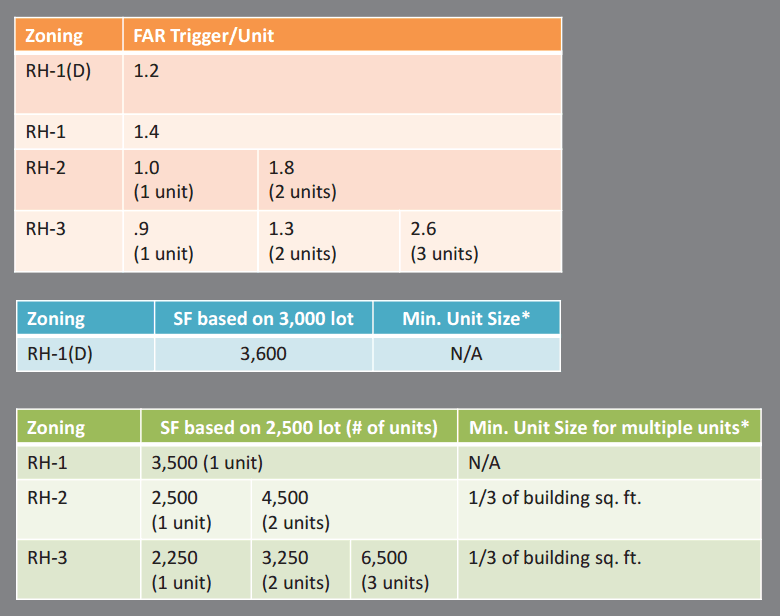 Keep mind that the existing rules limiting unit mergers and the proposed demolition of units under rent control would remain in place, as would those related to required design reviews and historic preservation, while the current exemptions for the demolition of demonstrably unaffordable and unsound structures, which have led to some rather unsavory behavior, would be eliminated.

The proposed Residential Expansion Threshold will be presented to San Francisco’s Planning Commission on Thursday with the hope of getting it adopted in the first quarter of 2018.

And if adopted, the new approach could streamline the approval process for conforming projects, reduce opportunities for industry gamesmanship and appeals, and create incentives for property owners to add more units/density where possible.