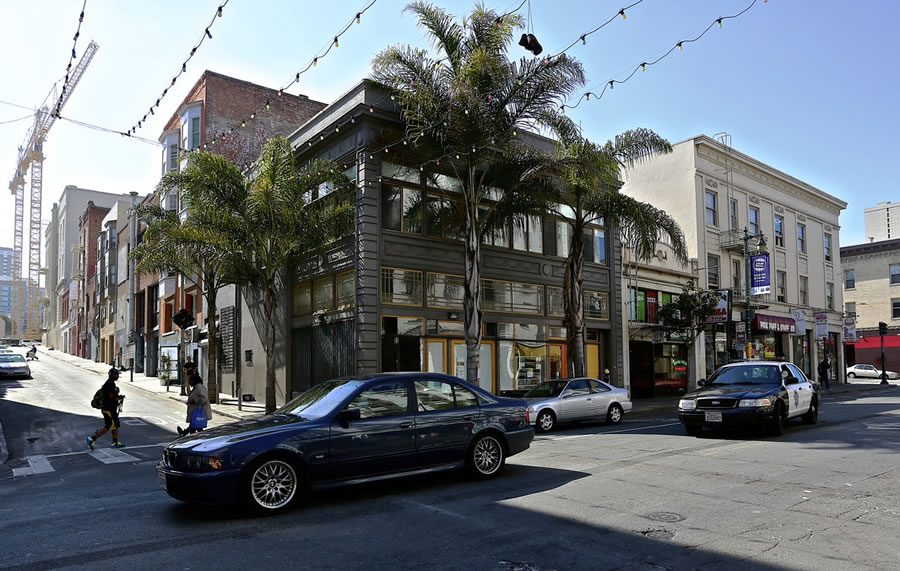 As originally envisioned by Natoma Architects and formally proposed back in 2014, a modern six-story addition was to rise up to 85 feet in height atop the historic two-story building at 1033 Polk Street, with cantilevered balconies and a total of nine (9) new condos over 1,875 square feet of office space on the second floor and 1,300 square feet of ground floor retail. 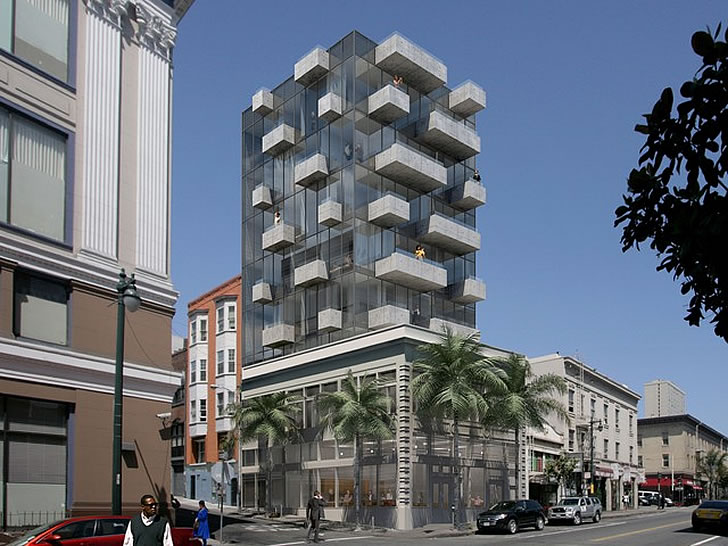 But the aforementioned plans were never approved.  And as we first reported earlier this year, the 1033 Polk Street parcel was quietly being shopped for $4,2 million while touting the potential for 19 units over 605 square feet of retail space.

And as newly proposed by the LC Development Corporation, the existing building on the 1033 Polk Street site will be completely razed in order to make way for an all-new, eight-story building designed by Natoma Architects, clad in white brick with recessed windows and 19 condos over 445 square feet of ground floor commercial space on the corner of Polk and Cedar. 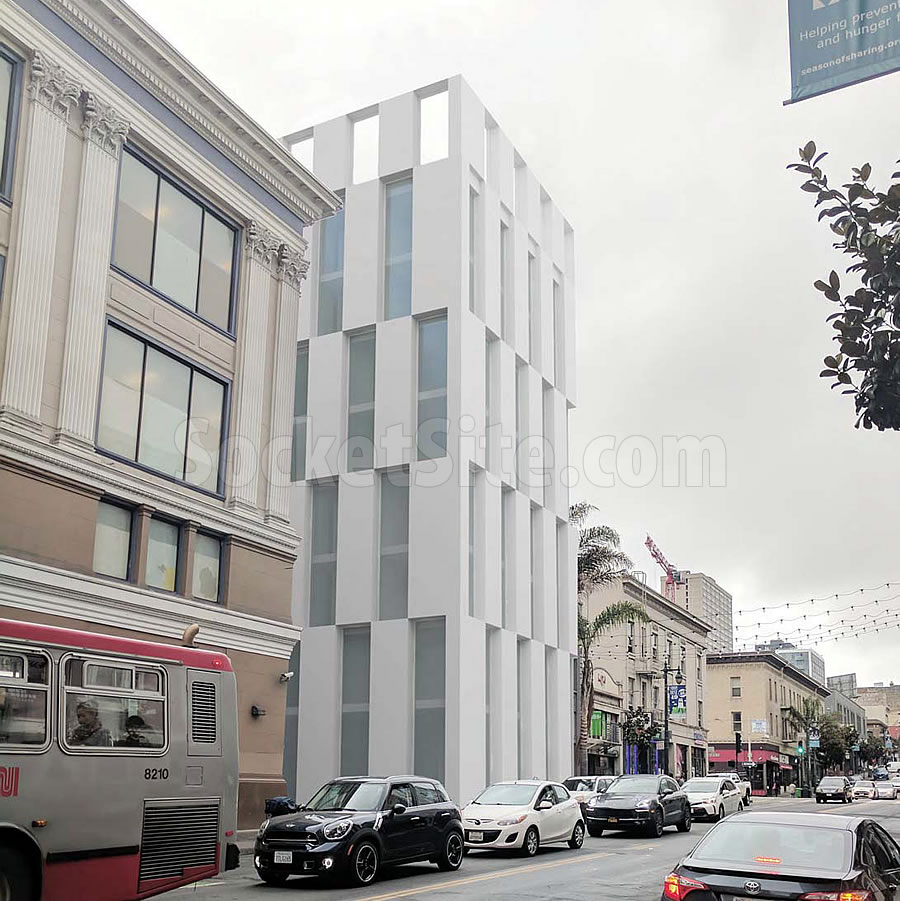 But with the building having been identified as a Historic Resource, both individually as a distinctive example of Classical Revival design and as a potential contributor to the historic Lower Nob Hill Apartment Hotel District, preservation alternatives have been drafted as well, such as the new partial preservation alternative below which would preserve the existing building’s façade and yield 15 much smaller units, primarily studios versus one-bedrooms, over 835 square feet of retail. 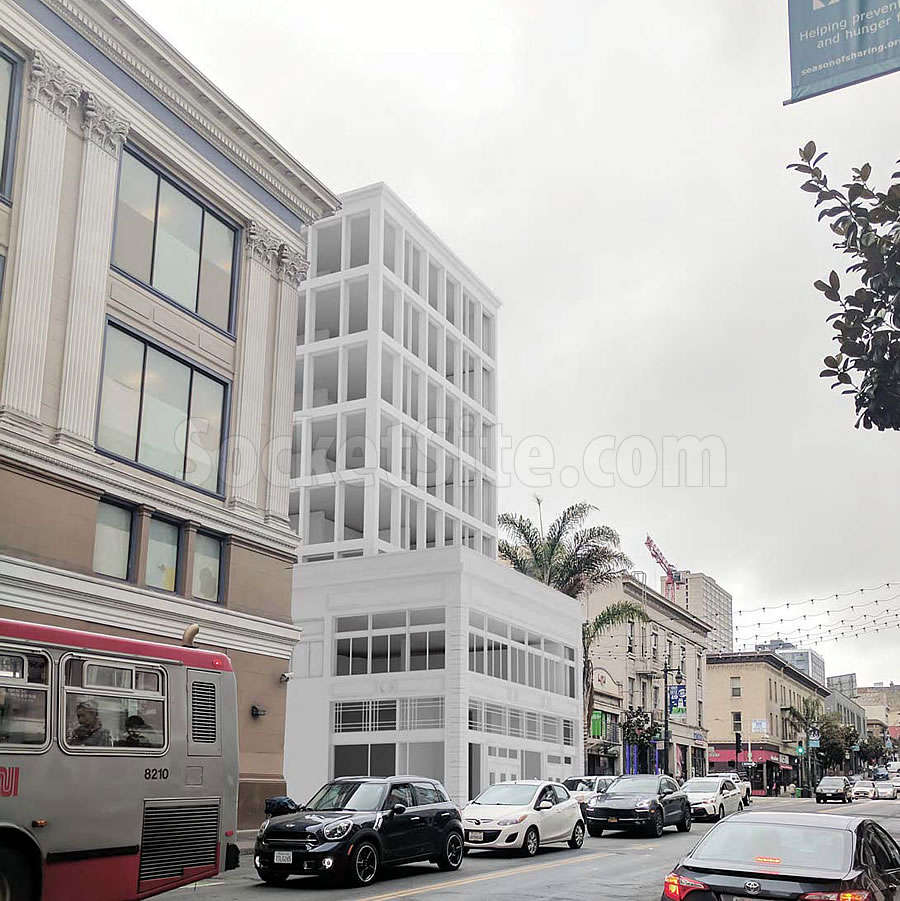 The new plans are slated to be presented to the Architectural Review Committee of San Francisco’s Historic Preservation Commission for review this week.  We’ll keep you posted and plugged-in.

Guidelines to Direct the Look and Feel of San Francisco