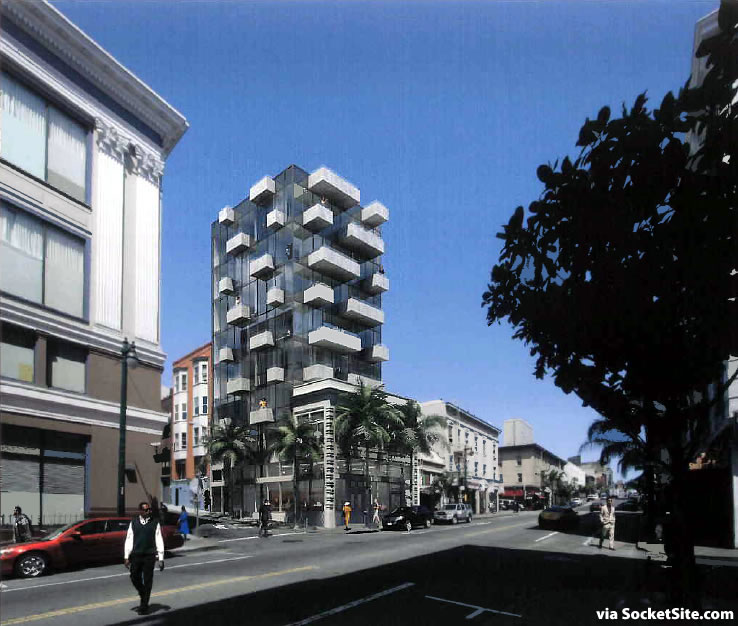 The northwest corner of Polk and Cedar could be in for a rather modern addition if a proposed building designed by Natoma Architects is approved to rise eight stories behind the existing facade on the site.

As designed, the front quarter of the historic two-story building at 1033 Polk Street would be renovated and restored and a modern six-story addition would rise to a height of 85 feet on the rear three-quarters of the site.

The addition would contain nine dwelling units — six one-bedrooms across floors three through five and three full-floor two-bedrooms on floors six, seven and eight — while the renovated portions of the existing building would maintain 1,300 square feet of retail space on the first floor and 1,875 square feet of office space on the second.

And as proposed, the balconies would serve as the required open space for the development and no off-street parking, for either autos or bikes, would be provided, but all of which are currently required by code.