Never Mind, the Facade of Remodeling Will Remain 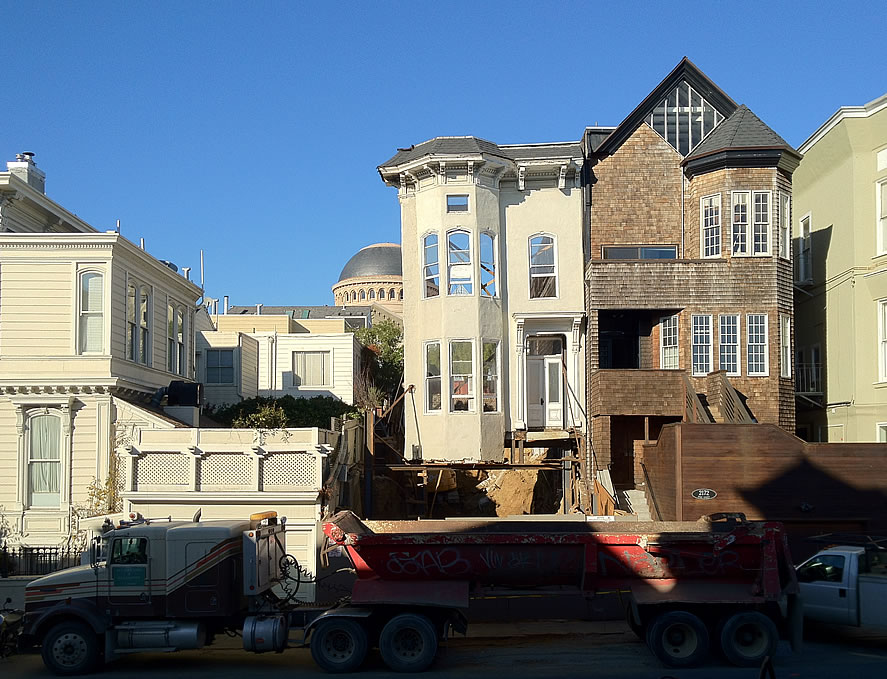 The proposed framework for eliminating San Francisco’s frequently gamed Tantamount to Demolition rule and instituting a new Residential Expansion Threshold will not be presented at the Bayview Hunters Point Citizen Advisory Committee Meeting this evening.

And in fact, as of late yesterday, San Francisco’s Planning Department has formally suspended its efforts to advance the proposed Residential Expansion Threshold Project and champion its adoption.

From the Planning Department’s sudden announcement:

The Residential Expansion Threshold Project’s primary objective is to eliminate the ineffective Tantamount to Demolition controls and place more emphasis on the size and density of buildings by incentivizing a higher number of residential units while discouraging exceedingly large single-family homes. However, the Department believes it is necessary to shift its approach, and instead work in collaboration with the Department of Building Inspection (DBI) to improve the City’s considerably complex definition of “demolition.”

The Department had been aiming for an adoption of the new approach in mid-February. We’ll keep you posted and plugged-in.

Oakland A's Ballpark Plan Could Be DOA Based on Board Vote