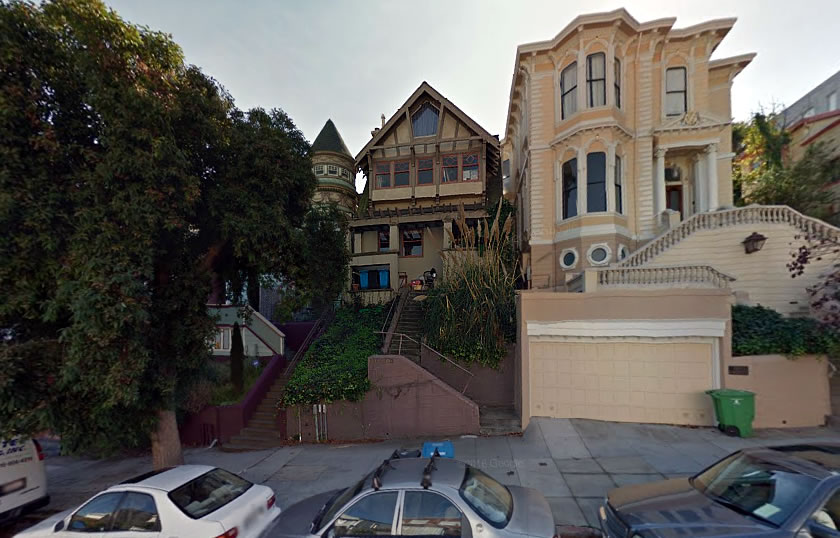 Purchased by a local contractor for $1.282 million in March of 2012, plans to allow the construction of a new garage, a new entry stair and “minor façade alterations” to accommodate a new entrance for the secondary unit of the Craftsman-style home at 151-153 Liberty Street were subsequently approved, with a stated scope of work that entailed the preservation of the primary façade (including the retention of the historic windows and decorative brackets).

Early last year, a complaint was filed with the City citing a “possible exterior alteration” beyond the approved scope, at which point the project’s building permit for the property, which is a registered historic resource for San Francisco’s Liberty-Hill Historic District, was suspended.

And as 151 Liberty looks today, with its façade having been completely demolished and the aforementioned historic windows having been removed and discarded: 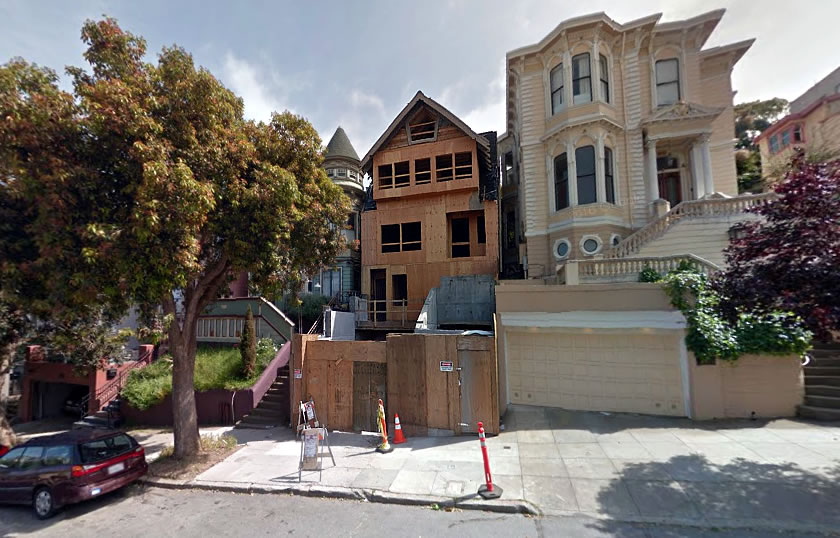 Next week, San Francisco’s Historic Preservation Commission is slated to recommend that the contractor-owner be required to reconstruct and restore the original character-defining features of the home, “including, but not limited to, its overall mass and form, double-hung wood-sash windows, wood rafter tails, and wood trellis,” as well as other elements “identified in the designating ordinance for the landmark based on archival evidence including historic photos and documentation prior to the removal of the façade.”

In addition, a couple of neighbors have suggested that the Commission require a previously-approved rear addition incorporate wood-framed mullioned windows to match the front façade; that new wood siding be required to be historically appropriate; that the City consider sanctions against the project’s architect (“who should have been familiar with [the historical] requirements and ensured compliance with them”); and that a previously approved roof deck – with a hot tub, wet bar and grill – be forcibly removed from the plans.

And while their fingers are crossed, we’re not expecting any of the neighbors’ additional suggestions to be adopted.

The Art to Adorn Van Ness