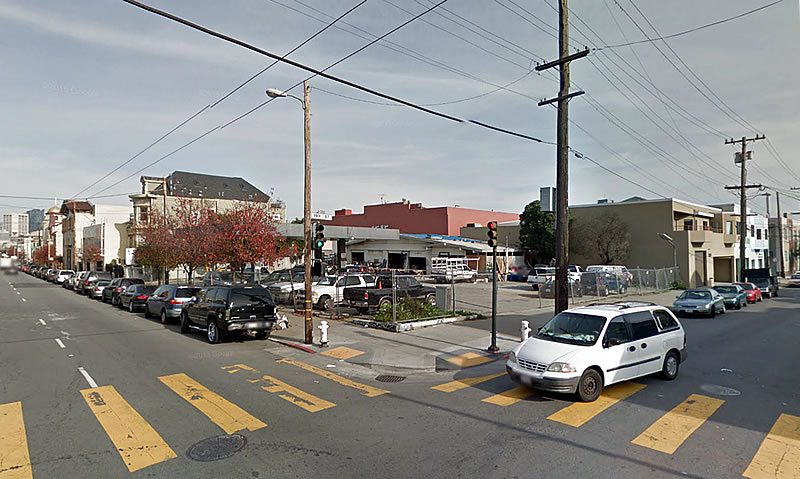 Speaking of infilling South Van Ness Avenue in the Mission, bonus-sized plans for a seven-story building to rise on the long-shuttered gas station site on the northeast corner of 19th Street and South Van Ness Avenue could be approved by San Francisco’s Planning Commission in two weeks time.

Plans to redevelop the 793 South Van Ness site have been in the works since the gas station was shuttered in 2004 and plans for a five-story building, with 29 condos over 29 parking spaces and 4,600 square feet of ground-floor retail, commercial and/or PDR space, were approved back in 2008 but then waylaid by the economy.

While the corner site is only zoned for development up to 50 feet in height, the Toboni Group is planning to invoke California’s Density Bonus Law in order to entitle the parcel for a seven-story building as proposed, the development of which would rise to a height of 75 feet.

And as designed by Ian Birchall and Associates and rendered below, the bonus-sized development would yield 75 condos (45 one-bedrooms and 30 twos) over a garage for 38 cars, storage rooms for 77 bikes, and 4,500 square feet of ground floor retail space fronting South Van Ness and 19th. 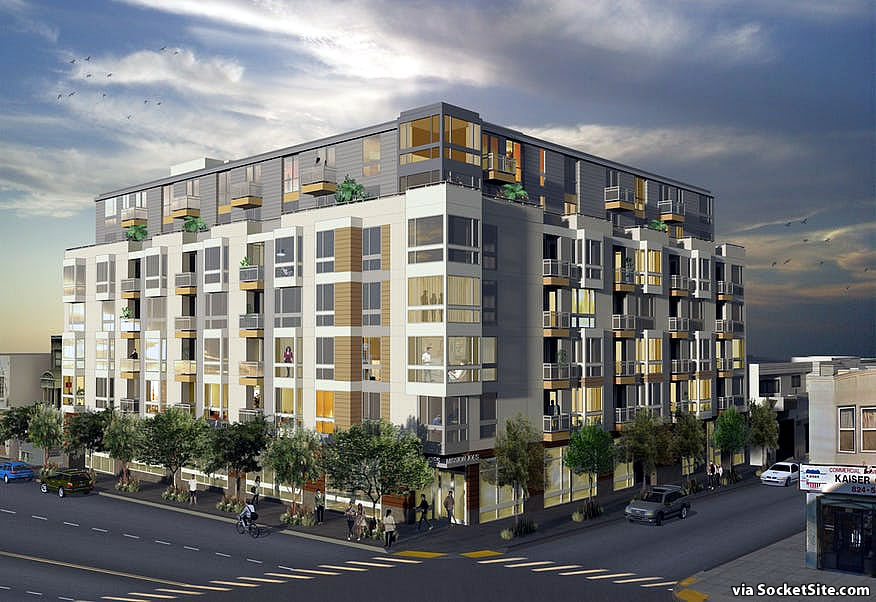