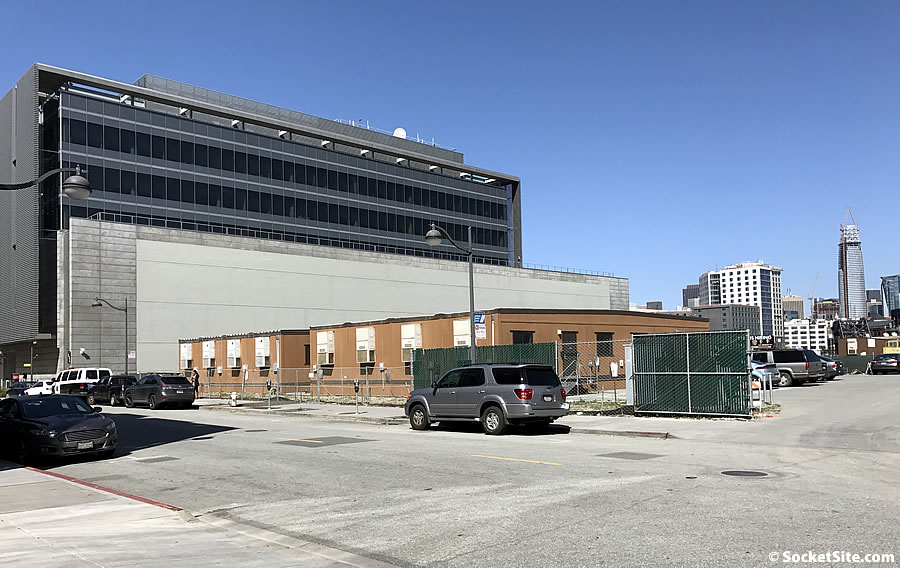 While Mission Bay North is fully developed, and the last market rate residential development to be built within the boundaries of Mission Bay South is under construction at 1000 Channel Street, on Mission Bay Block 1, there are still 868 units of affordable housing that have yet to be completed south of Mission Creek versus the 350 which have already been constructed and leased.

The building under construction on Mission Bay Block 6 East will yield 143 of those 868 units, another 140 affordable apartments are to rise on the western half of said block, and 119 units for homeless veterans and families will rise on the eastern half of Block 3 (aka 1150 Third Street).

And next week, a Request for Proposals (RFP) to build around 120 furnished studios for currently homeless and extremely low-income households (below 30 percent of the Area Median) on Mission Bay Block 9 – which is bounded by Mission Rock Street to the north, the future Bridgeview Way to the east, China Basin Street to the south, and San Francisco’s new Public Safety Building to the west – should be released and publicized by the City’s Office of Community Investment and Infrastructure (OCII). 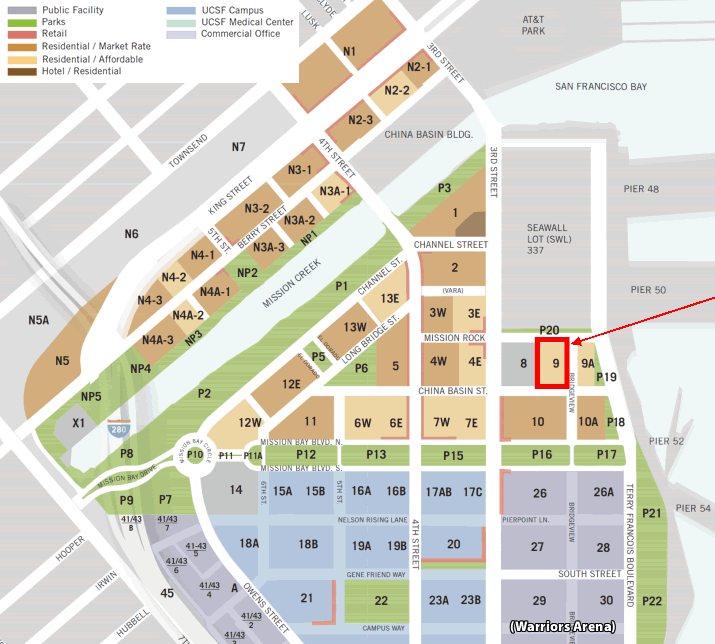 Responses to the (proposed) Block 9 RFP will be due at the end of June with the winning proposal expected to be decided by the second week of August.

And then there’s the Giants’ massive Mission Rock project to rise on the Port’s Seawall Lot 337 (aka the Giants Parking Lot A), which sits outside the official boundaries and tallies of Mission Bay.