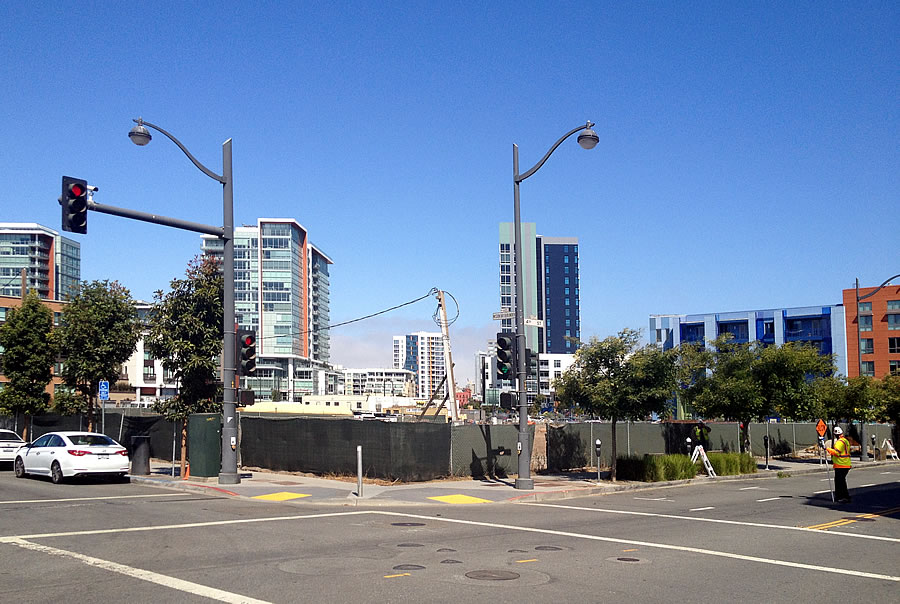 The ground lease and construction loan agreement for the the mixed-use development to rise at 1300 Fourth Street (a.k.a. Mission Bay Block 6 East), with 142 affordable apartments and a managers unit over up to seven ground-floor commercial spaces fronting the Fourth Street corridor, are about to be signed and construction is slated to commence in late September.

The Tenderloin Neighborhood Development Group (TDNC) will manage the 142 units, which will range in size from around 600 square feet for a one-bedroom to 1,300 square feet for the largest three-bedroom and be available to households earning up to 50% of the Area Median Income (AMI). Twenty percent of the apartments will be designated for formerly homeless families and the building will provide and 24-hour property management and supportive services for residents. 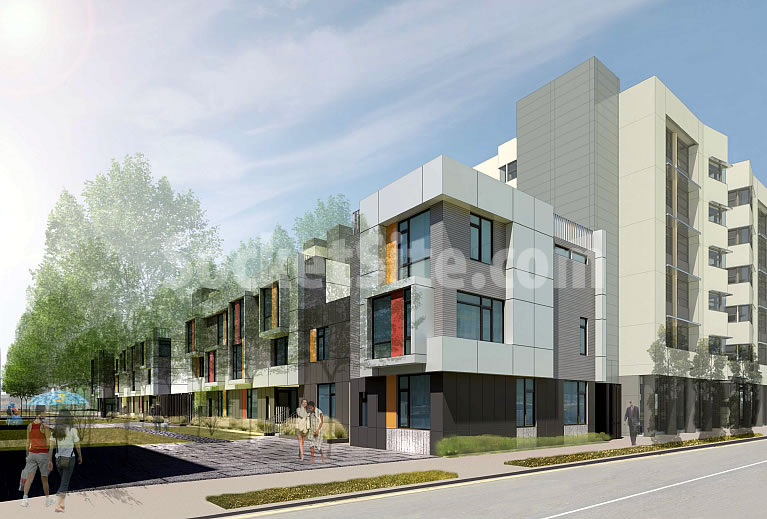 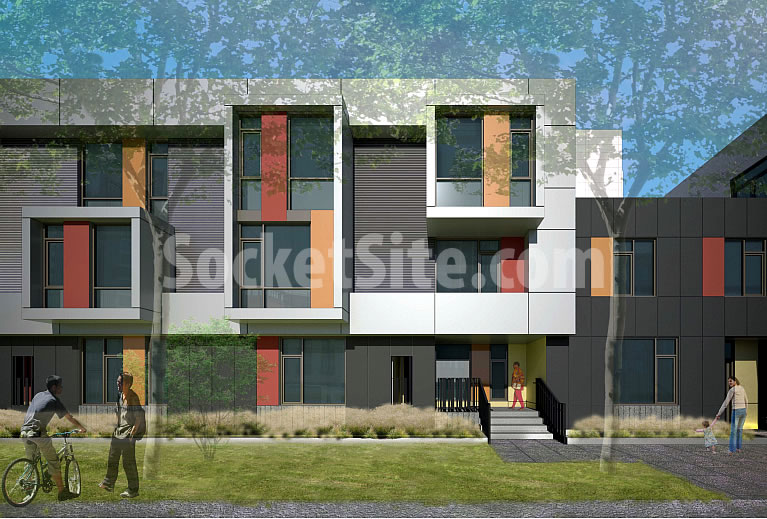 As designed by Mithun Solomon and Studio VARA, a mews with 12 townhomes and 10 flats facing a mid-block walkway between Mission Bay Boulevard and China Basin will rise up to three stories along the western edge of the development, a double-height restaurant at the corner of Fourth and Mission Bay Boulevard will overlook the future Mission Bay Commons, and the northern most corner of the development at Fourth and China Basin will provide space for an after school writing and literacy program to be run by 826 Valencia.

Construction will take two years. And when finished, the $76 million building’s garage will provide parking for 41 cars and 136 bicycles.