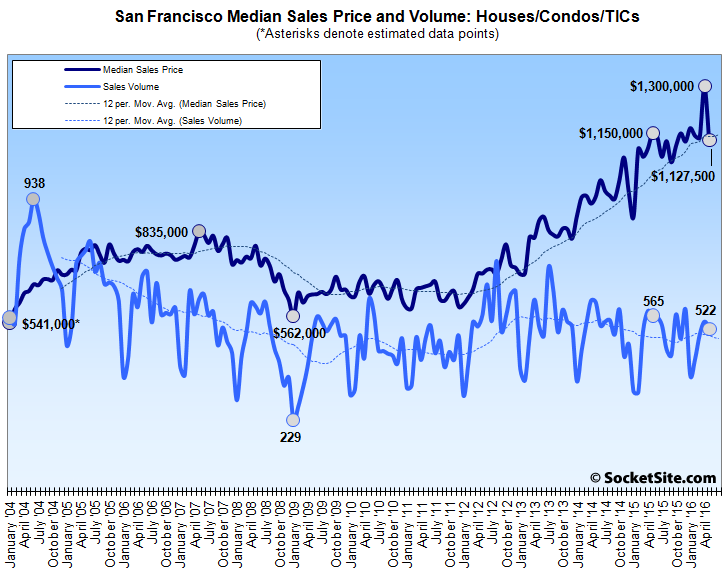 At a time of the year when sales typically increase by 10 percent versus the month before, the recorded sales volume of single-family homes and condos in San Francisco dropped 4.2 percent from April to May and was 7.6 percent lower versus the same time last year. At the same time, listed inventory levels are currently running over 50 percent higher.

And having hit a record $1.30 million in April, “driven largely by a change in mix which is being amplified by the slowdown in sales,” as we reported at the time, the median sale price for the San Francisco homes that changed hands in May, which includes new construction sales, dropped 13.3 percent to $1.13 million and is now running 2.0 percent lower versus the same time last year. The recorded year-over-year drop in the median is only the second since 2011.

Across the greater Bay Area, home sales increased 3.2 percent from April to May but are running 4.2 percent lower versus the same time last year, with the greatest year-over-year drops in Marin (down 12.4 percent) and San Mateo (down 11.3 percent). The median price of the homes that sold was $700,000, up 1.4 percent from April and 6.3 percent higher versus the same time last year.