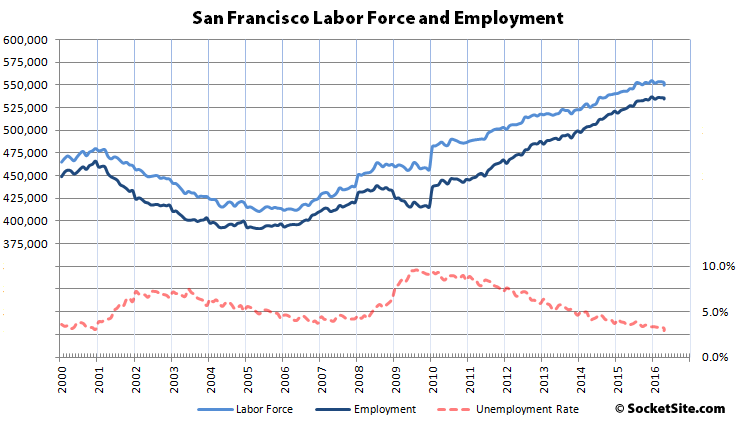 While the unemployment rate in San Francisco dropped to 2.9 percent last month, the lowest unemployment rate since the dot-com boom when it hit 2.4 percent, the drop from 3.1 percent in April was driven by a reduction in the labor force (-2,700) and employment in the city actually dropped by 1,200 as well.

At the same time, employment in Alameda County, which includes Oakland, has increased by over 100,000 since January 2010 and ticked up in May.